‘When people fell off planes, humanity fell to the ground’ 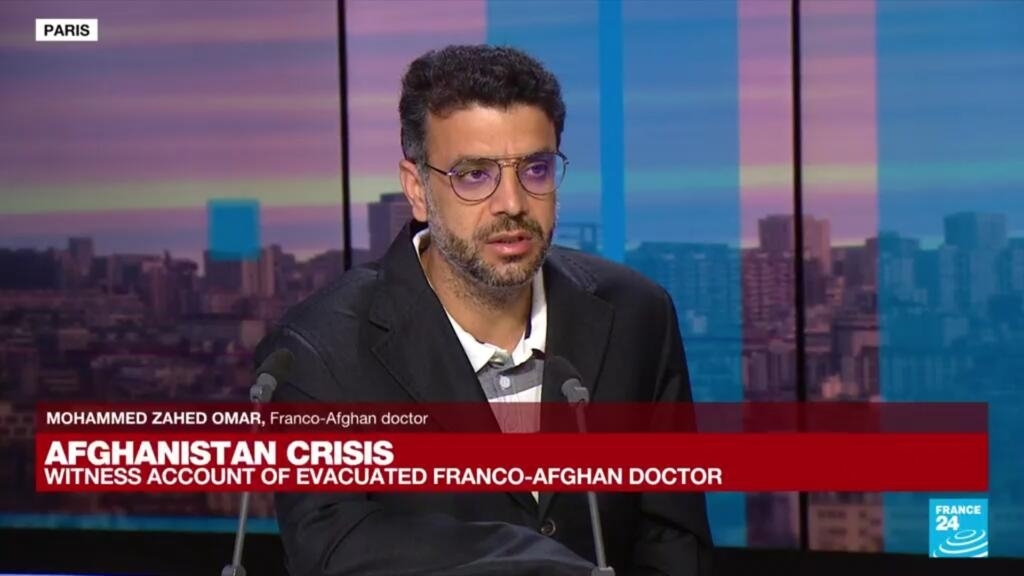 French-Afghan doctor Mohammed Zahed Omar talks to FRANCE 24 about his dramatic escape from the Afghan capital and his fears for those unable to escape the Taliban.

A doctor and pharmacist based in France, Omar was visiting family in Afghanistan when Taliban forces suddenly swept into Kabul on August 15, abruptly ending the country’s two-decade-long experiment in democracy.

“When we heard about the Taliban’s advance, we thought this was our last chance to visit our family,” said the French-Afghan doctor, who made the journey to introduce his nine-month-old son to his relatives. “But we didn’t imagine the Taliban would capture Kabul this quickly.”

Omar and his loved ones went into hiding, frequently changing locations to avoid the Taliban, before making a dash for Kabul airport, along with thousands of people desperate to leave the country.

>> ‘There are still huge crowds around Kabul airport’

“It’s real chaos, people don’t know what to do or where to go,” he said, describing the harrowing scenes witnessed at the airport. “Everybody hopes to get out of Afghanistan, but it’s impossible. Every day there are people who die there.”

Among the victims was Omar’s mother-in-law, who was trampled to death while attempting to enter the airport, hours before she was meant to fly out of Kabul with a US visa.

Asked whether he felt abandoned by the US, Omar said: “My message to President [Joe] Biden and to the world is that terrorism knows no borders; what happens in Afghanistan is a world problem, not an Afghan problem. […] As a friend told me, ‘When people fell off planes leaving Kabul airport, it was humanity that fell to the ground’.”

Omar voiced his fears for those left behind, saying he saw “no future” for Afghans under Taliban rule.

“There are doctors who studied in America and went back to help their people – right now they are hiding,” he said. “I know female teachers who cannot go back to work, students who cannot complete their studies. Every day I was there I was a witness to their fears, they were crying, they were in tears, there’s no future for them.”

Click on the player above to watch the full interview.