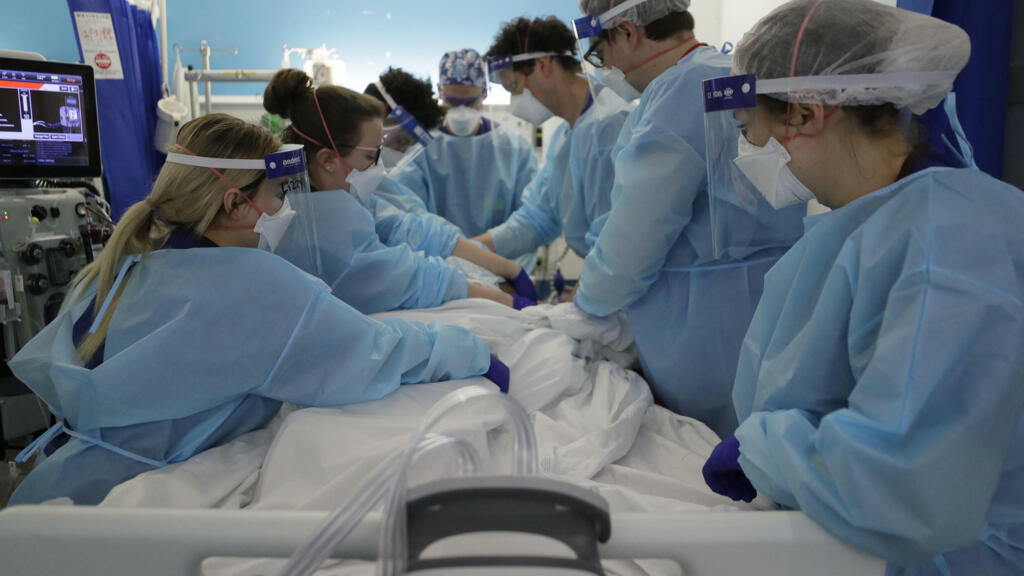 British health officials on Friday said they were formally looking into a subvariant of the Delta strain of the coronavirus, after it was seen in a growing number of cases.

The UK Health Security Agency (UKHSA), a public health protection body, said AY.4.2, which was last week seen in six percent of cases, had been “designated as a variant under investigation” but not yet a “variant of concern”.

“The designation was made on the basis that this sub-lineage has become increasingly common in the UK in recent months, and there is some early evidence that it may have an increased growth rate in the UK compared to Delta,” the agency said.

“More evidence is needed to know whether this is due to changes in the virus’ behaviour or to epidemiological conditions,” it added.

The UKHA said the Delta variant was “overwhelmingly dominant” in Britain, accounting for 99.8 percent of all cases.

But as of October 20, there have been 15,120 cases of the subvariant AY.4.2, which was first detected in July, as coronavirus restrictions were lifted across the country.

“While evidence is still emerging, so far it does not appear this variant causes more severe disease or renders the vaccines currently deployed any less effective,” the UKHA added.

Britain is currently battling the second-highest infection rate in the world, behind the United States, with more than 50,000 cases recorded on Thursday — the highest since July.

High levels of infection among school-age children are said to be responsible for the soaring rates, and have prompted calls for some contingency measures to be reintroduced.

Health Secretary Sajid Javid said this week that cases could hit 100,000 a day, as a new advertising blitz was launched to encourage take-up of booster shots and flu jabs.

Concern has been raised about waning immunity levels, given that Britain started its vaccination campaign in December last year, before many other countries.

But the government is resisting calls for masks to be worn in crowded indoor spaces again, even as health officials said it could help cut close-contact transmission and ease the burden on hospitals over the coming winter months.

Ministers say vaccination rates have helped to cut the link between hospital admissions for more serious cases of Covid and deaths.