Ugandan opposition leader Bobi Wine: ‘Museveni will end up in... 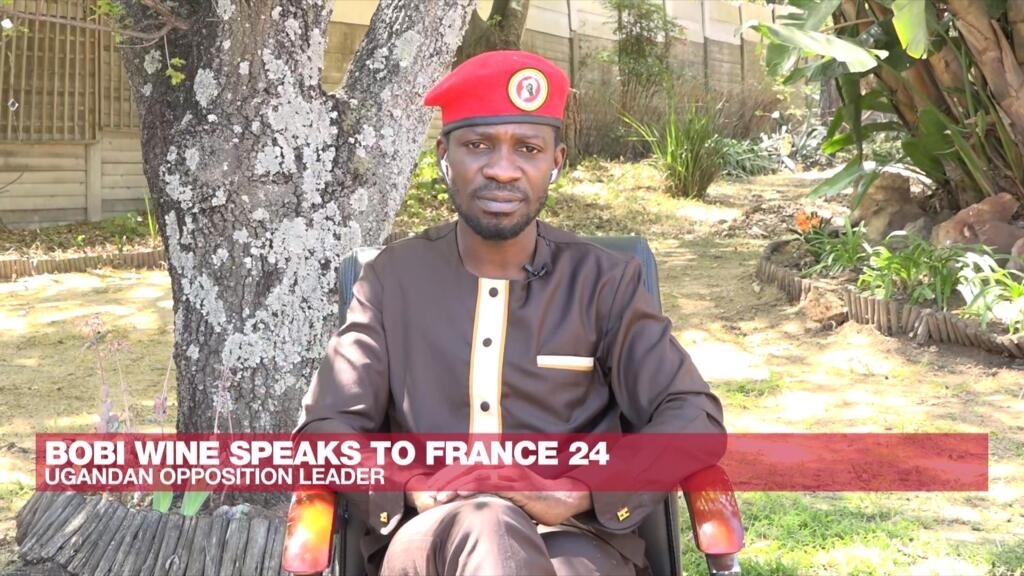 In an interview with FRANCE 24 from South Africa, Ugandan opposition leader Bobi Wine said he was “definitely the elected president of Uganda”. Wine, who unsuccessfully ran for the country’s top job in January, accused President Yoweri Museveni of “mass murder” and called on the Ugandan people to “liberate themselves” from a “dictatorship”. Comparing Museveni to ousted dictators Robert Mugabe, Omar al-Bashir and Muammar Gaddafi, Wine predicted it was “just a matter of time” before the president “ends up in the dustbin of history”.

The leader of Uganda‘s National Unity platform, Robert Kyagulanyi Ssentamu – better known by his stage name Bobi Wine – told FRANCE 24 he was the real winner of January’s presidential election. He criticised Western countries and the African Union for their tepid reaction to what he describes as a fraudulent poll. He claimed Yoweri Museveni was scared of the Ugandan people, especially the younger generation.

The opposition leader said he rejected a recent offer by Museveni for dialogue, stressing that the president’s “approach to dialogue has been either coercion or co-optation, but not real dialogue”.

Reacting to Museveni saying that those responsible for the killings of protesters during the last elections would be prosecuted, Wine called this move “hypocritical”, claiming that the president’s oldest son – Major General Muhoozi Kainerugaba – was the main culprit behind the repression. The Ugandan opposition leader added that it was clear Museveni’s son was being groomed to succeed him and make Uganda a dynasty.

Wine described Museveni’s decision to welcome temporarily Afghan refugees on Ugandan soil as a move to “clean his image” internationally after the controversial election. He vowed to use all “legal and moral” means to oust Museveni from power, claiming the president will end up “in the dustbin of history”, in the wake of other dictators such as Omar al-Bashir or Robert Mugabe.