Turnout down slightly for French protests against Covid-19 health pass 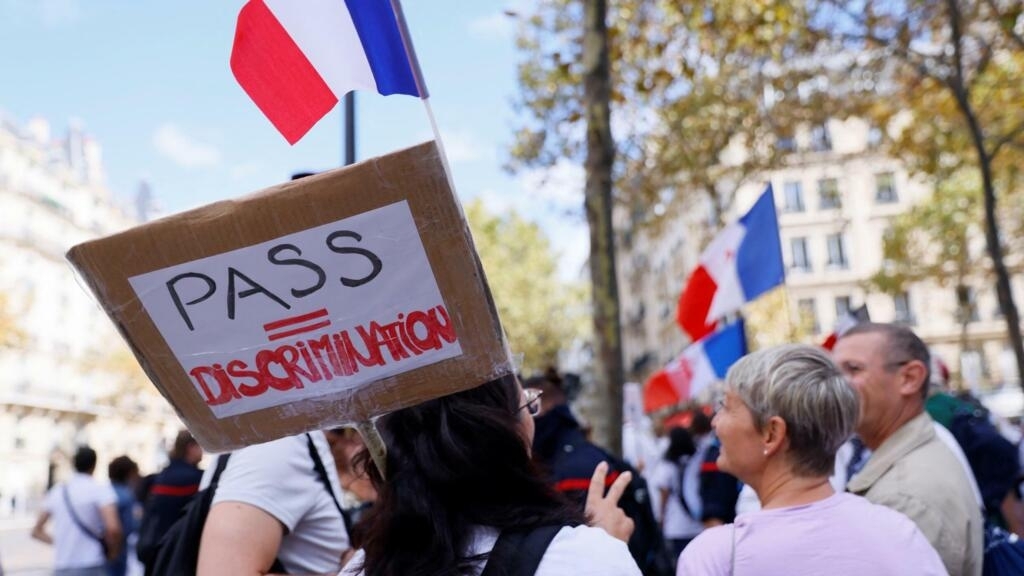 More than 120,000 people demonstrated across France on Saturday, according to official figures, to protest the coronavirus health passes they say discriminate against the unvaccinated.

The health pass, or a recent negative Covid test, is required to enter cafes, restaurants and many other public places.

The interior ministry said 121,000 had demonstrated in France, 19,000 of them in the capital Paris where police arrested 85 people after clashes broke out.

Three members of the police were slightly injured during the protests, the ministry added.

This was the ninth consecutive weekend of protests, although according to the official count, numbers were down on the previous marches.

Officials put last weekend’s turnout across France at 140,000, and in early August an estimated 237,000 protesters turned out.

Saturday’s protests come the day after former French health minister Agnes Buzyn was charged over her handling of the Covid-19 pandemic, after investigators at a special court in Paris concluded there were grounds to prosecute her.

Buzyn, a former doctor, was charged with “endangering the lives of others”.