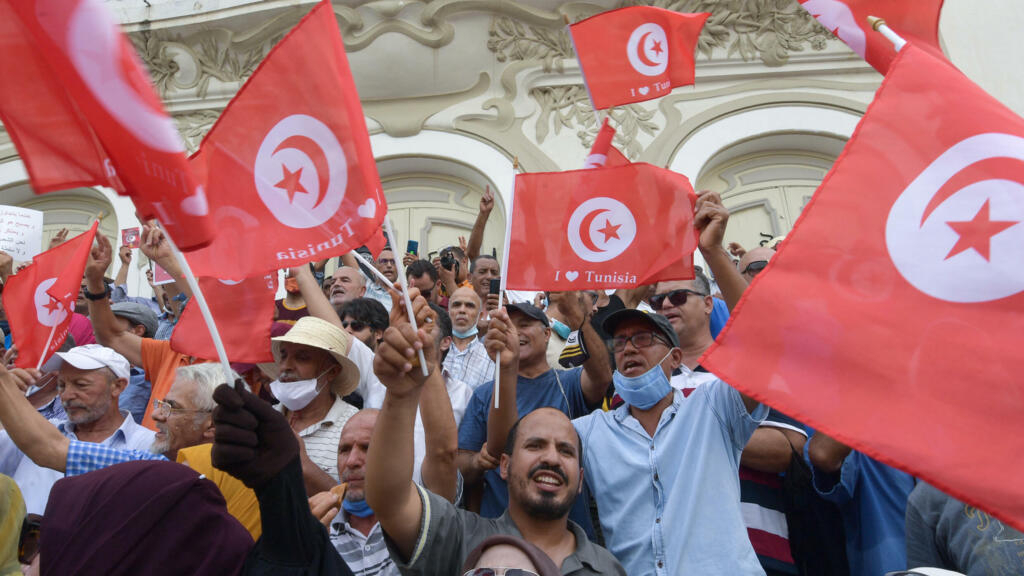 Several hundred protesters marched through central Tunis on Saturday to demand a return to parliamentary democracy after a July power grab by President Kais Saied.

The march was tightly marshalled by security forces on the ground and an interior ministry surveillance drone overhead, AFP journalists reported.

Most of the protesters were supporters of the Islamist-inspired Ennahdha party, which formed the largest bloc in parliament before its dissolution by the president.

“The people want the collapse of the coup,” the protesters chanted. “We want legitimacy.”

On July 25, Saied sacked the government, suspended parliament, removed lawmakers’ immunity and put himself in charge of all prosecutions.

Saied has renewed the measures for a second 30-day period, and has yet to respond to calls for a roadmap for lifting them.

“This is a demonstration to show that there are Tunisian men and women who reject the coup and the steps taken by President Saied,” said Jawhar Ben Mbarek, a prominent leftist among the protesters.

Saied insists his actions are guaranteed by Article 80 of the constitution, which stipulates the head of state can take “exceptional measures” in case of an “imminent danger” to national security.