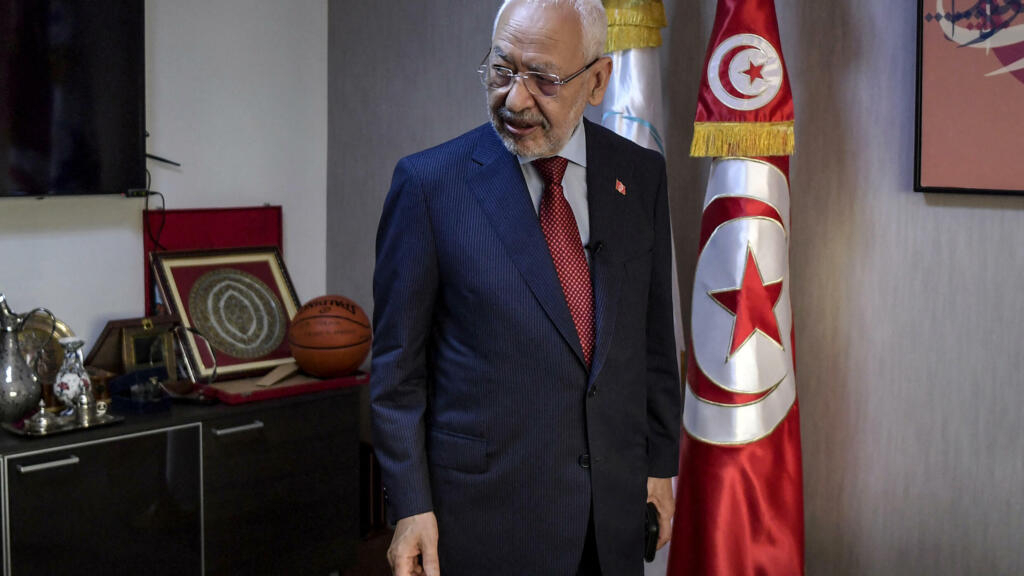 The speaker of Tunisia’s parliament Rached Ghannouchi called Thursday for “peaceful struggle” against a return to “absolute one-man rule”, a day after President Kais Saied took steps towards rule by decree.

“There is no longer any alternative to struggle, naturally a peaceful struggle,” the head of the Islamist-inspired Ennahdha party said in an interview with AFP.

Saied on Wednesday announced decrees that strengthen the powers of his office at the expense of the government and parliament.

Ghannouchi called the moves “a step back towards absolute one-man rule” a decade after Tunisia’s 2011 revolution.

“We call on the people to take part in peaceful actions to resist dictatorship and return Tunisia to the path of democracy,” he said.

The new provisions come almost two months after the president sacked the Ennahdha-supported government of Hichem Mechichi and suspended parliament, presenting himself as the ultimate interpreter of the constitution.

Ennahdha, the largest party in the divided legislature, condemned the July 25 moves as a “coup d’etat” and a violation of the country’s hard-won 2014 constitution.

While many Tunisians backed Saied’s moves out of frustration with the political system, some observers saw them as a setback for the only democracy to have emerged from the Arab Spring uprisings.

Ghannouchi, 80, camped out for 12 hours in front of parliament in Tunis after Saied’s power grab.

“The situation is worse now than it was before July 25,” he said in Thursday’s interview.

Before that “there were no arrests over blog posts, no thousands of Tunisians banned from leaving the country”.

Tunisia has seen years of political deadlock since its 2011 revolution, with fractious coalitions and short-lived governments proving unable to resolve pressing social and economic crises.

Elections in 2019 produced another fragmented parliament that once again allowed Ennahdha to dominate the government.

But civil society groups have warned against a slide towards authoritarianism that would wipe out Tunisia’s democratic gains a decade after the revolution toppled longtime dictator Zine El Abidine Ben Ali.

“The president has gone back to before the revolution,” Ghannouchi said.

He said his party was ready to work with all sides to restore democracy in Tunisia.

Ghannouchi founded Ennahdha four decades ago and has remained at the helm ever since despite years of exile under the dictatorship of Ben Ali.

After Ben Ali fell in the 2011 revolution, Ennahdha made a return to politics and has since been part of every parliamentary coalition, backing the country’s string of short-lived governments.

But the party has clashed with Saied, a former legal academic who bitterly opposes Ennahdha and Tunisia’s party system, instead calling for a form of decentralisation.

“The president has convictions he expressed before he took office: his vision of popular government, his rejection of… political parties, parliaments. That is his choice, his right,” Ghannouchi said.

“But it’s not his right to use harsh methods and violence.”

Ennahdha is the most organised party in the deeply fragmented 217-seat legislature, which is also headed by Ghannouchi.

But since 2014, the party’s share of the vote has plummeted.

It has also seen internal fractures in recent years as younger members have demanded changes at the top, including replacing Ghannouchi himself.

“The one positive aspect of the president’s decisions is that they will unify Ennahdha with other political parties and unify Ennahdha itself,” Ghannouchi said.