Torrential rains put two metres of water in streets of... 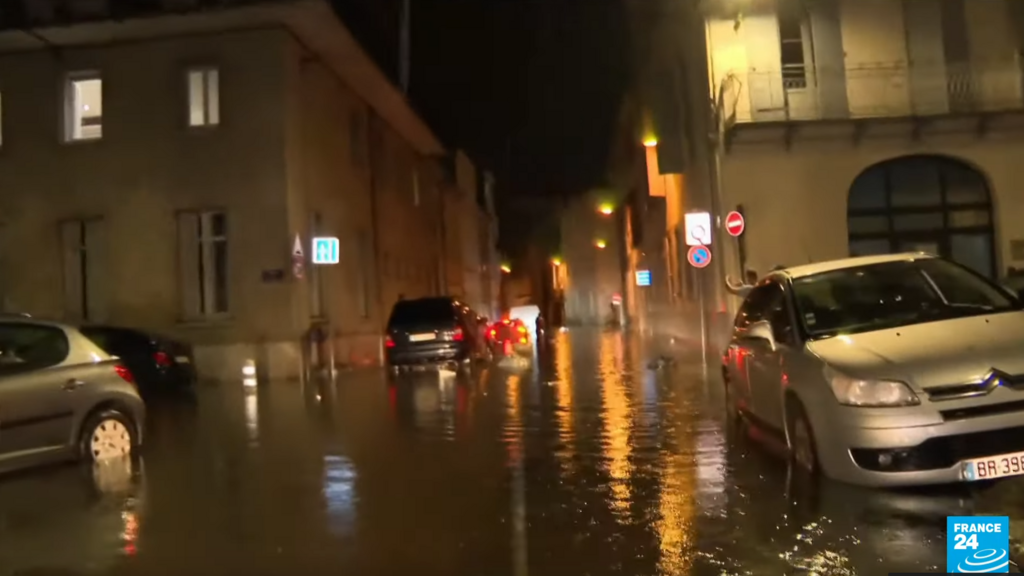 A record amount of rain – the equivalent of two months’ rainfall in three hours – fell on Wednesday evening in the city of Agen in southwestern France, with streets turning into rivers, cars submerged and houses flooded.

In some parts of Agen, in France‘s Lot-et-Garonne region, there was as much as two metres of water in the streets.

“Water started coming into the living room, and when I opened the door it was just a wave,” said one Agen resident. “There was water as high as the roof of my car.”

Click on the video player above to watch FRANCE 24’s report.