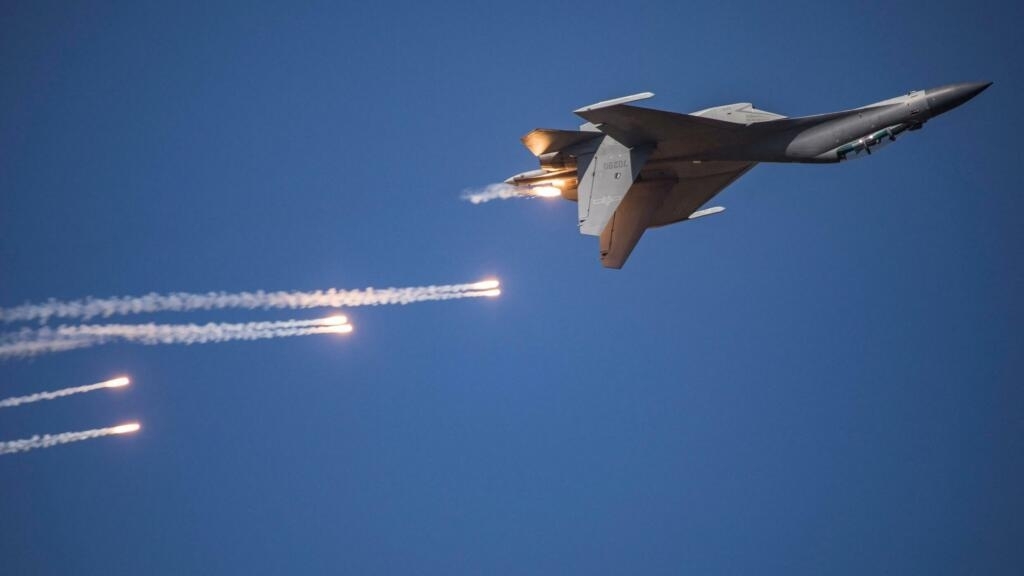 Taiwan sharply criticised China on Saturday after Beijing marked the founding of the People’s Republic of China with the largest ever incursion by the Chinese air force into the island’s air defence zone.

Taiwan, a democratically governed island that is claimed by China, has complained for more than a year of repeated missions near it by China’s air force, often in the southwestern part of its air defence zone close to the Taiwan-controlled Pratas Islands.

China’s biggest aerial show of force came as Beijing marked its National Day commemorating the official formation of the People’s Republic of China on October 1, 1949.

Democratic Taiwan’s 23 million people live under the constant threat of invasion by China which has vowed to seize it, by force if necessary.

Under President Xi Jinping, Chinese warplanes are crossing into Taiwan’s air defence identification zone (ADIZ) on a near daily basis.

But Friday’s incursion sparked a particularly sharp rebuke from Taipei.

“China has been bellicose and damaging regional peace while engaging in many bullying acts,” Premier Su Tseng-chang told reporters Saturday.

“It’s evident that the world, the international community, rejects such behaviours by China more and more.”

Taiwan’s defence ministry said it scrambled its aircraft to broadcast warnings after 22 fighters, two bombers and one anti-submarine aircraft entered the island’s southwest ADIZ on Friday.

A second batch of 13 jets then crossed into Taiwan’s ADIZ later on Friday, in a rare night incursion, bringing the total to a record 38.

That was followed by a further incursion on Saturday by 20 planes.

The ADIZ is not the same as Taiwan’s territorial airspace but includes a far greater area that overlaps with part of China’s own air defence identification zone and even includes some of mainland China.

Friday’s show of force came the same week Beijing accused Britain of “evil attentions” after it sent a frigate to sail through the Taiwan Strait.

China claims the strait as its own waterway, along with most of the disputed South China Sea. Most other nations view them as international waters open to all.

Beijing has ramped up pressure on Taipei since the 2016 election of President Tsai Ing-wen, who has said she views the island as “already independent” and not part of a “one China”.

Last year, Chinese military jets made a record 380 incursions into Taiwan’s defence zone, and the number of breaches for the first nine months of this year has already exceeded 500.

The previous single-day record was on June 15 when 28 jets breached Taiwan’s ADIZ.

Xi has described Taiwan becoming part of the mainland as “inevitable”.

US military officials have begun to talk openly about fears that China could consider the previously unthinkable and invade.

Protection of Taiwan has become a rare bipartisan issue in Washington and a growing number of Western nations have begun joining the US in “freedom of navigation” exercises to push back on China’s claims to the South China Sea and Taiwan Strait.

Britain sent a warship through the Taiwan Strait on Monday for the first time since 2008.

The Chinese People’s Liberation Army’s Eastern Theatre Command accused Britain of acting out of “evil intentions to sabotage peace and stability in the Taiwan Strait”.

Alexander Huang, associate professor at Tamkang University in Taipei, said he believed the latest aerial incursion was not just about sending a message to Taiwan.

“There’s three other carrier attack groups in the region, two American and one British,” he told AFP.

“China is sending a political message to the US and UK on her national day: Don’t mess around in my area.”

Canadian, French and Australian warships have all made voyages through the Taiwan Strait in recent years, sparking protests from China.