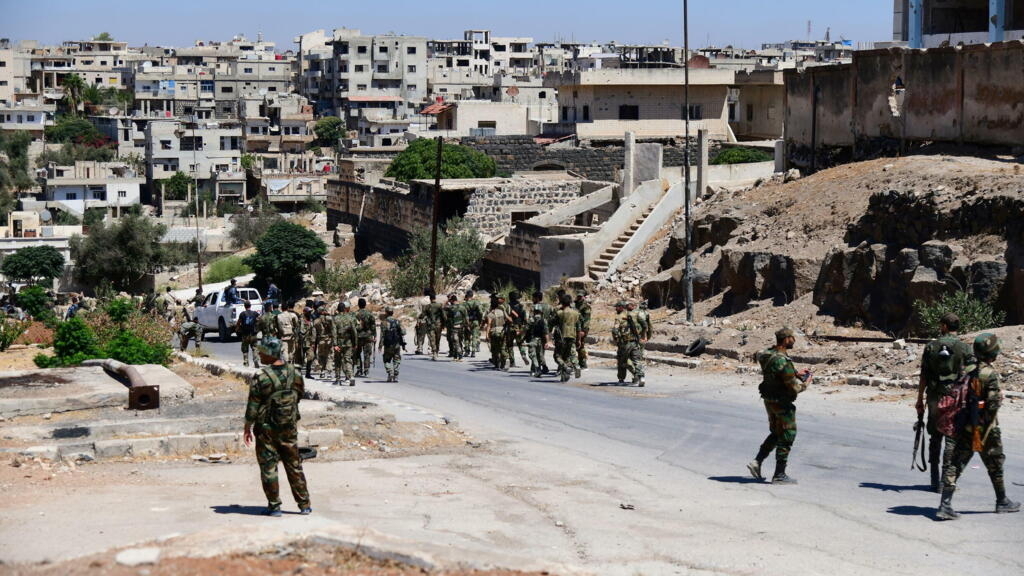 Syrian forces Wednesday entered the rebel-held district of a volatile southern city as part of a truce negotiated by Russia to end weeks of fighting, according to state media, the opposition and a war monitor.

The troops are to set up checkpoints and search for gunmen who have refused to implement the agreement that involves surrendering their weapons. It was the first time that government troops have entered Daraa al-Balad, a bastion of the Syrian armed opposition since 2013.

The Russian-negotiated deal went into effect last week to end a government siege and intense fighting in the city of Daraa and with rebel fighters holed up in the city’s old quarter, known as Daraa al-Balad. But the cease-fire was riddled with fighting and government bombing of rebel-held areas, where civilians also live.

Following two days of quiet, Syrian army units entered the quarter, raising the Syrian flag over the reconciliation center where hundreds of gunmen have already handed in their weapons, according to the state news agency SANA.

Ahmed al-Masalmeh, an opposition activist based in neighboring Jordan, said about 400 Syrian troops entered Daraa al-Balad. The gunmen are believed to be holed up in a displaced camp outside the district.

The move will be followed by deployment of nine government checkpoints under the Russian-negotiated deal reported on by the Britain-based Syrian Observatory for Human Rights. The Observatory said the checkpoints will also include Russian military police.

Russia negotiated a cease-fire last week to end the violence that erupted this summer between government forces and opposition fighters, and included a siege on the city that had threatened to undo years of relative calm along the borders with Israel and Jordan.

The opposition blamed the government for the escalation, saying that troops were pressing an offensive to force insurgents to surrender.

Under the agreement, insurgents who accept the deal have to hand over their weapons in return for amnesty. More than 900 have handed their weapons in, according to the Observatory. Those who refused would have to be sent to a rebel-held area in northern Syria.

Daraa province, which straddles the borders with Jordan and Israel, became known as the cradle of the uprising against Syrian President Bashar Assad that erupted in 2011 as part of the Arab Spring revolts and eventually led to civil war. It was recaptured by Syrian government troops in 2018 but rebels remained in parts of it. Assad has since regained control of most of Syria with the help of Russia and Iran.