Stakes are high as Californians head to the polls in... 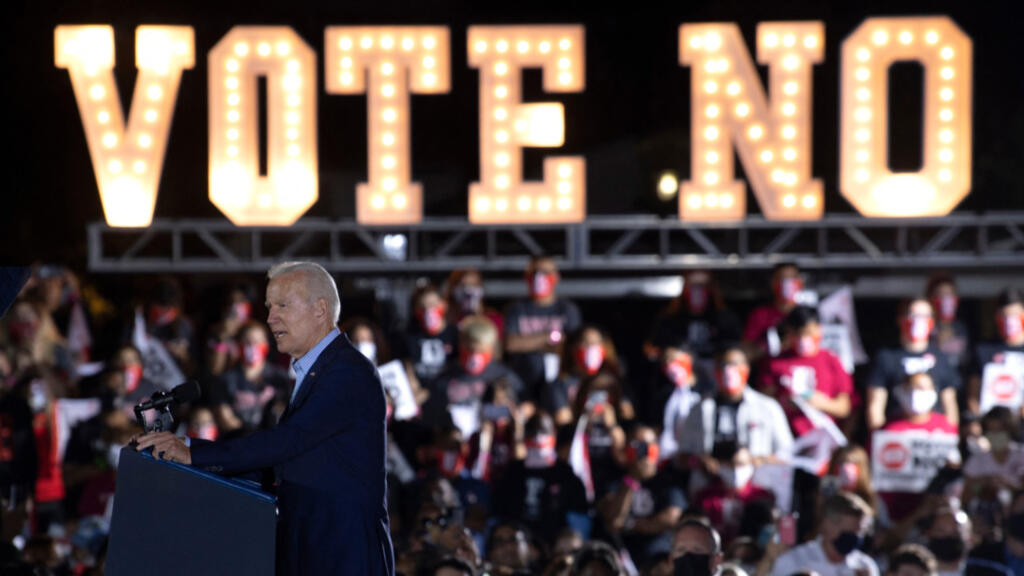 Voters in California go to the polls today to decide if they want Democratic Governor Gavin Newsom, who was elected in 2018, to stay in his job. It’s only the second time a recall measure made it on to the ballot in the state, the first time being when actor Arnold Schwarzenegger pushed out second-term Democratic governor Gray Davis in 2003.

Joe Biden won California by roughly 30 percentage points in last year’s US presidential election, but a positive outcome has been far from assured for Gavin Newsom. While his approval rating routinely tops 50 percent, Republicans are motivated to get him out of office. In a late-July University of California at Berkeley poll, 47 percent of likely voters said they wanted to oust the governor, versus 50 percent who wanted him to stay in office.

Over the summer, Newsom’s margin was razor-thin, but he has garnered a comfortable lead in the polls in recent days. While Democrats have been turning in their mail-in ballots by a 2 to 1 margin, Republicans tend to vote in person in larger numbers on Election Day, so the outcome may still be up for grabs.

FRANCE 24 takes a look at the mechanics of California recall elections and what’s at stake in the fifth-largest economy in the world.

How does a recall happen?

A recall petition must be signed by at least 12 percent of the number of eligible voters who turned out for the previous gubernatorial election, or 1.495 million eligible voters in this case. This is the fifth attempt to throw Newsom out of office but the first one that garnered the necessary signatures. This petition exceeded the threshold, with 1.7 million California voters penning their names on the petition. Signatories had 30 days to remove their names, but only 43 did.

Once the signatures were verified, a date was set.

How will the recall vote work?

Californians had the option to vote by mail, or in-person, today. The ballot asks two questions:

1) Do you want to recall Governor Newsom?

2) If the governor is recalled, who do you want to replace him?

If more than 50 percent of voters vote yes on the first question, the candidate with the most votes on the second question will become the next governor.

There are 46 candidates vying to take Newsom’s place. The frontrunner has been firebrand conservative talk radio host Larry Elder and the most famous is former Olympic athlete and transgender celebrity activist Caitlyn Jenner.

Election officials have 30 days from today to finish the count. If Newsom loses, the Secretary of State will certify the results eight days later, on October 22, barring any delays, and the new governor will be sworn in. He or she would hold office for the remainder of Newsom’s term, which ends on January 2, 2023.

Did Newsom do anything wrong?

The governor is not accused of any malfeasance, but he made a political blunder that certainly didn’t help his case when he attended, maskless, a lobbyist friend’s November 2020 birthday party at the Michelin-starred French Laundry restaurant in Napa Valley. The party was held in an enclosed space, even as Newsom was telling the public in Covid-hit California to avoid such gatherings.

The recall effort, though, was already well underway by then. The petition was approved in June 2020 and included such charges as:

“Laws he endorsed favor foreign nationals, in our country illegally, over that of our own citizens. People in this state suffer the highest taxes in the nation, the highest homelessness rates, and the lowest quality of life as a result. He has imposed sanctuary state status and fails to enforce immigration laws. He unilaterally over-ruled the will of the people regarding the death penalty. He seeks to impose additional burdens on our state by the following; removing the protections of Proposition 13, rationing our water use, increasing taxes and restricting parental rights.”

In other words, the writers of the petition simply didn’t like his policies and wanted an electoral do-over. While the petition was written before the Covid-19 crisis, mounting anger over shut downs and mask requirements added fuel to the Republican signature drive.

Elder, whom Biden called “the closest thing I’ve seen to a Trump clone in your state”, is poised to keep fighting. Taking another page out of the Trump playbook, Elder started making accusations of electoral fraud—even before the vote had taken place. As early as Monday the StopCAFraud.com invited Californians to document instances of fraud and to make donations.

Elder’s Trumpist leanings may prove to be a gift to Democrats, as the former president was deeply unpopular in the Golden State. If Newsom beats the recall, it will be, in part, because his party was able to equate Elder with Trump.

“California, keep Gavin and send a message this time,” Biden told voters. “I’m going to make this as simple as I can: you either keep Gavin Newsom as your governor or you’ll get Donald Trump.”