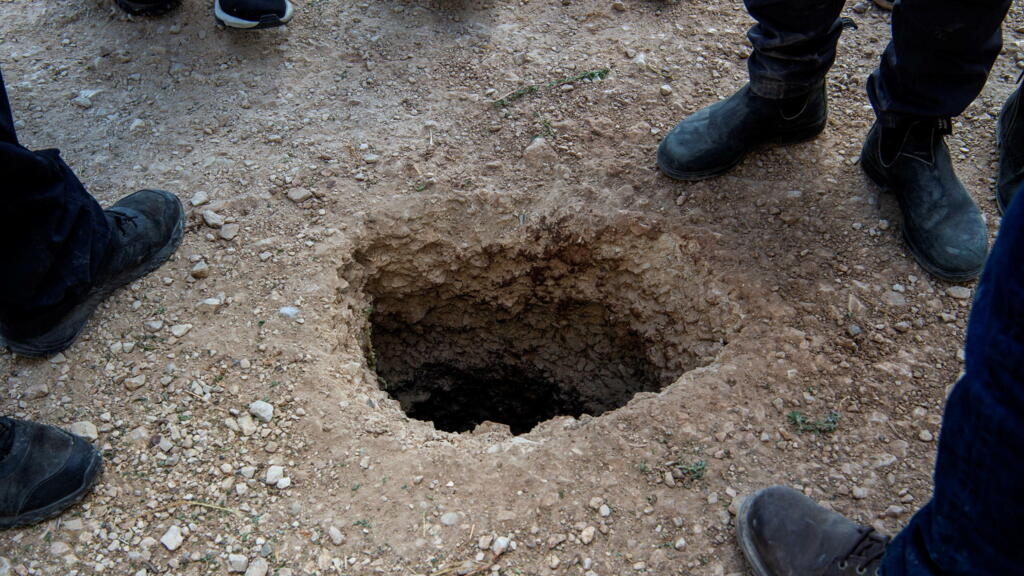 Six Palestinians broke out of an Israeli prison Monday through a tunnel dug beneath a sink, triggering a massive manhunt for the group that includes a prominent ex-militant.

The Israel Prison Service said an alert was sounded around 3:00 am (0000 GMT) by locals who spotted “suspicious figures” outside the Gilboa prison in the country’s north.

The group includes Zakaria Zubeidi, a former militant leader from the flashpoint city of Jenin in the occupied West Bank, the IPS confirmed in a statement.

In footage that recalled the iconic 1994 prison escape film “The Shawshank Redemption”,  the service released a video which showed agents inspecting a narrow tunnel beneath a sink and another showing a hole just outside the prison walls.

Gilboa—which opened in 2004 during the second Palestinian intifada, or uprising—is a high security site where hundreds of Palestinians are detained among other inmates.

The prison service said all those held at Gilboa over “security offences” are being relocated in case additional escape tunnels have been dug beneath the facility.

Sniffer dogs were deployed and checkpoints set up in the area surrounding Gilboa.

The army had in particular deployed heavily at a crossing point from Israel to Jenin governorate, checking identities of all Palestinian workers seeking to cross, an AFP reporter said.

The army said its forces were “prepared and deployed” in the West Bank as part of the operation.

Israeli Prime Minister Naftali Bennett called the escape “a serious event that required a comprehensive effort by all of the security services”.

The premier was “receiving regular updates regarding the search efforts for the terrorists”, said a statement.

The five others who escaped were accused of planning or carrying out attacks on Israelis.

Hamas, the Islamist group that controls the Israeli blockaded Gaza Strip, called the escape “a heroic act and a victory for the will and determination of our heroic detainees”.

Islamic Jihad, one of Gaza’s most powerful armed groups after Hamas, lauded the jail break as “a powerful blow to the occupation forces”.

Zubeidi was the former head of the Al-Aqsa Martyrs’ Brigades and a well known figure among Palestinians and Israelis.

He was arrested over “terror allegations” in 2019 in a West Bank village near Ramallah.

He had faced charges in the past from the Palestinian Authority for taking part in a shooting attack on the residence of Jenin governor Qaddura Musa in 2002.

Musa died after suffering a heart attack during the incident, and Palestinian security forces arrested dozens of people, including Zubeidi, shortly afterwards.

Zubeidi in 2007 agreed to lay down his arms and went on to help found Jenin’s Freedom Theatre.

In 2011, the theatre’s well-known Israeli-Palestinian director Juliano Mer-Khamis was gunned down in Jenin’s refugee camp, in an attack that remains unsolved.

Unrest has also spiked in Jenin in recent weeks. A gun battle broke out last month as Israeli forces came under fire while looking for suspects, leaving four Palestinians dead.