Protesters take to streets of Khartoum as US slams Sudan... 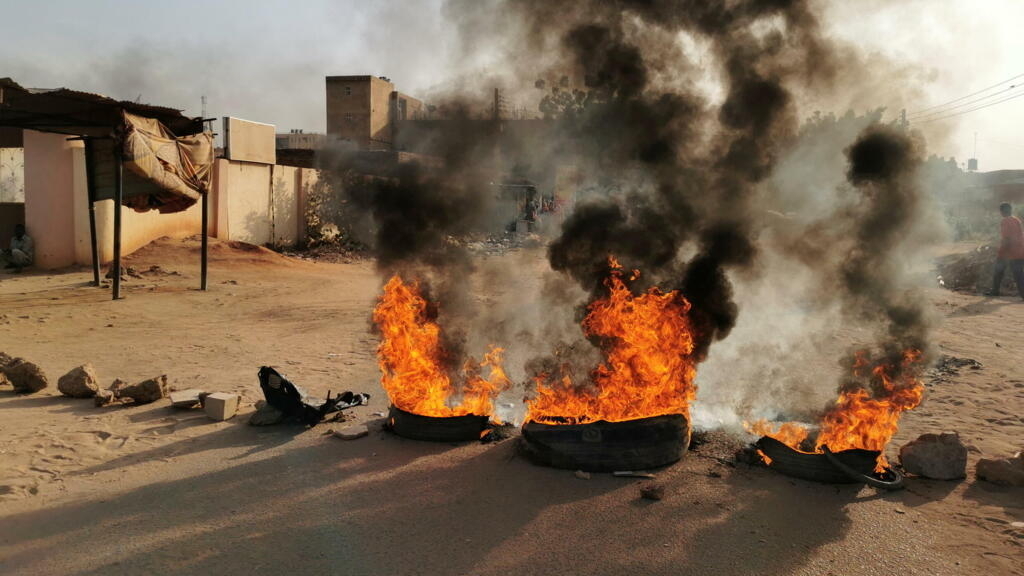 Protesters were defiant on the streets of Sudan early Tuesday to denounce a military coup, as international condemnation of the country’s security forces ramped up with the United Nations Security Council expected to meet later. Follow our live updates for all the latest developments.

Chanting “Returning to the past is not an option,” crowds began gathering on the streets of Khartoum a day after Sudan’s military seized power from a transitional government. At least three people were killed and 80 wounded Monday amid a military crackdown on demonstrators calling for a return to the military-civilian transitional government signed under a 2019 deal.

Internet services were cut across the country and roads into Khartoum were shut, before soldiers stormed the headquarters of the state broadcaster in the capital’s twin city of Omdurman.

“Civilian rule is the people’s choice,” chanted the demonstrators, who waved flags and used tyres to create burning barricades.

Three demonstrators were killed and about 80 people wounded, according to the independent Central Committee of Sudan Doctors.

US Secretary of State Antony Blinken “strongly” condemned the coup and called for the immediate return to civilian rule and the release of Sudanese Prime Minister Abdalla Hamdok, who was detained Monday.

“The United States strongly condemns the actions of the Sudanese military forces,” said Blinken said in a statement, as he expressed grave concern about reports that security forces used live ammunition against protesters.

“We firmly reject the dissolution of the civilian-led transitional government and its associated institutions and call for their immediate restoration,” Blinken said.

The United States rejects the dissolution of the transitional government in Sudan by security forces and calls for its immediate restoration without preconditions.

“I condemn the ongoing military coup in Sudan. Prime Minister Hamdok and all other officials must be released immediately,” Guterres tweeted.

I condemn the ongoing military coup in Sudan. Prime Minister Hamdok & all other officials must be released immediately. There must be full respect for the constitutional charter to protect the hard-won political transition. The UN will continue to stand with the people of Sudan.


The UN is expected to meet later Tuesday to discuss the crisis.