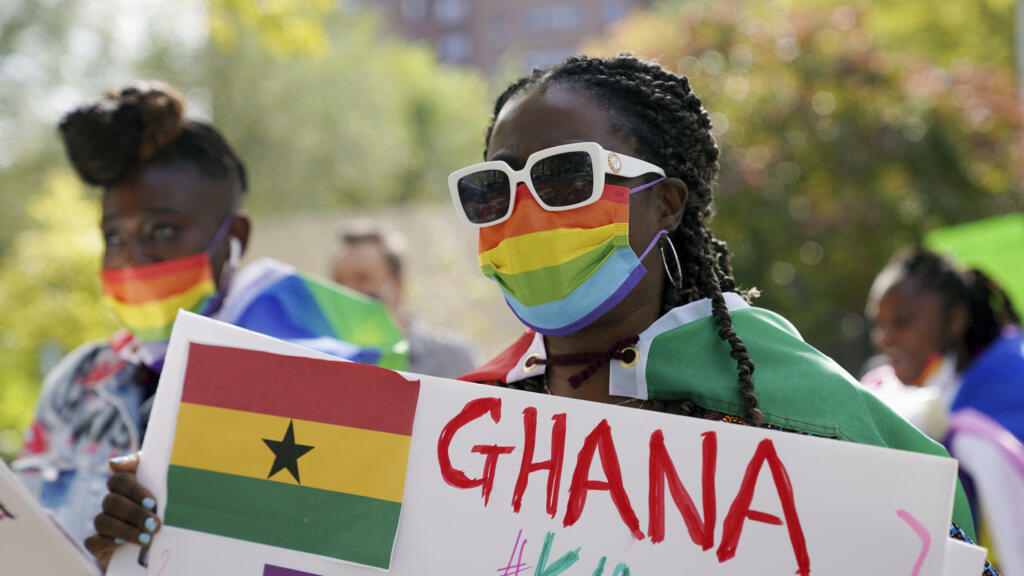 Ghana’s parliament began considering a bill that would criminalise homosexuality and make advocating for LGBT people a crime. Human rights activists have sounded the alarm at plans to prosecute the LGBT community in a country already experiencing a wave of homophobia.

The Ghanaian NGO Interfaith Diversity Network of West Africa (IDNOWA) has called the bill inhumane. “If this law is passed, all conversations with journalists will be banned and our very existence will be threatened,” an IDNOWA activist told FRANCE 24 by phone.

On Tuesday, Ghana’s parliament started studying the controversial draft legislation aimed at heavily penalising homosexuality, which is already prohibited in the country. If passed, the new bill would allow for up to 10 years in prison for LGBT people, penalise those defending them as well as penalise the publication of information that could be considered as encouraging homosexuality.

The bill also promotes gay “conversion therapy”, a controversial practice used in several countries on the African continent and parts of the United States. Sam Nartey George, a member of parliament from the opposition National Democratic Congress, is the architect of the draft bill, which was supported by seven other MPs when it was tabled in August. George described homosexuality as a “perversion”. “We need to protect our children who are the target of these LGBTQ+ people, who make them believe that this is a new way of life,” he told AFP.

According to several associations defending LGBT rights on the African continent, Ghana has seen an unprecedented wave of homophobia over the past several years.

In February, police evicted those working the reception desk at LGBT+ Rights Ghana, one of the few associations providing assistance to the LGBT people, barely a month after it opened.

Since then, the community has been the target of violent attacks by politicians, journalists and religious leaders in the Ghanaian media and on social networks.

“Homosexuals are not going to suddenly disappear with the appearance of a new law. It’s just that they’ll be even more likely to hide,” Alexandre Marcel, director of the Idaho France Committee rights group, told FRANCE 24.

The Paris-based NGO was recently contacted by a 24-year-old Ghanaian who was kicked out of the family home after his uncle caught him with another man. “I haven’t heard from him in three weeks,” Marcel said.

His is not an isolated case. In Ghana, a law dating from the colonial era prohibits homosexual relations. However, no one has ever been prosecuted under the law. Yet many LGBT people face discrimination and violence, often within the family.

The Guardian reported that 21 people were arrested in the city of Ho in March during a training session for paralegals and other professionals who support vulnerable groups. While they were released on bail, many had to flee to safehouses, fearing for their safety. Some were even disowned by family members and lost their jobs.

“More and more LGBT people have had to flee their homes and communities, or are being targeted by attacks. They are under intense pressure. The damage is also psychological,” IDNOWA activists lamented. The NGO believes that many cases go unnoticed because those facing discrimination do not have access to the Internet or the media.

The rejection of LGBT people in Ghana is linked to the conservatism of its highly religious society. According to a 2014 poll, 90 percent of Ghanaians support establishing law that criminalises same-sex relationships.

“But parliamentarians should not pass this law just because public opinion is in favour,” the IDNOWA activists said. They consider the legislation “harmful” to Ghanaian society as a whole.

“We hope that our elected representatives will perceive the danger contained in this law and that there will at least be amendments,” the NGO said, adding it does not understand this “relentlessness” when homosexuality is already prohibited.

According to Marcel, the reasons behind the persecution are to be found among religious leaders, especially the Ghanaian Catholic bishops. “They bear responsibility for this hate speech against homosexuals. How can the pope accept that his bishops support such a law?” Marcel asks.

IDNOWA emphasised that this type of homophobia has been “imported”, saying animosity toward LGBT people in Ghana was fuelled by the 2019 conference of the World Congress of Families, a US-based anti-LGBTQ organisation with strong ties to the religious right.

Rights organisations such as Human Rights Watch had previously warned of the dangers of this group’s hateful propaganda in several African countries.

“These clerics are trying to impose views that do not reflect our diversity and rich cultural heritage. Parliamentarians should not be guided by their religious ideas. The agenda of our country should not be dictated by religion,” the IDNOWA activists said.

They are particularly concerned that if Ghana passes this anti-LGBT law other West African countries may follow suit.

The Ghanaian presidency is taking a cautious approach to the issue. Amid an economic crisis, the head of state, Nana Akufo-Addo – who would like to attract investments from African-Americans and the Ghanaian diaspora – wants to maintain an image of an open and tolerant country.

But that image may be undermined by this bill, which many believe has a good chance of getting passed.

This article was translated from the original in French.