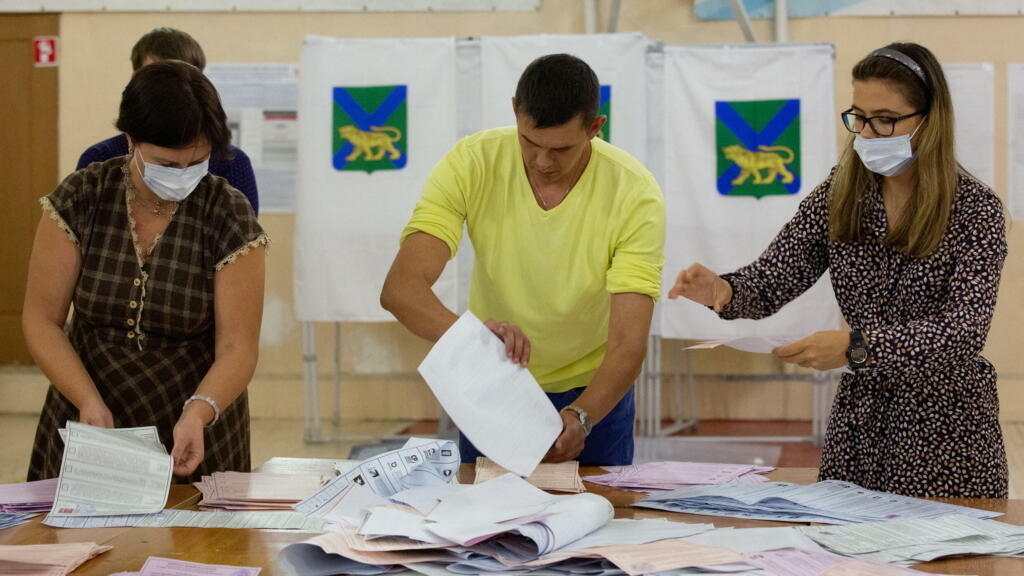 Russia’s dominant Kremlin-backed party appeared set to retain the two-thirds majority in the parliament that allows it to change the constitution, results from 85% of the country’s polling stations showed on Monday morning.

The election is widely seen as an important part of Russian President Vladimir Putin’s efforts to cement his grip on power ahead of the 2024 presidential election, in which control of the State Duma, or parliament, will be key.

Results from about 85% of the country’s polling stations gave the ruling United Russia party 49.7% of the vote for the 225 seats apportioned by party lists, according to the Central Election Commission. Another 225 lawmakers will be chosen by individual races, and the results on Monday morning showed United Russia candidates leading in 195 of those single-constituency districts.

Top United Russia official Andrei Turchak suggested Monday that the party will get 315 out of the 450 seats.

The results showed three other parties that almost always support Putin returning to the State Duma, as well as the New People party, which was formed last year and is regarded by many as a Kremlin-sponsored project.

Few opposition candidates were allowed to run for parliament this year after the Russian authorities unleashed a sweeping crackdown on Kremlin critics.

Organizations linked to imprisoned opposition leader Alexei Navalny have been declared extremist, and anyone associated with them was barred from seeking public office by a new law. Other prominent opposition politicians faced prosecution or were forced to leave the country under pressure from the authorities.

The voting was also marred by numerous reports of violations, including ballot-stuffing, with some Kremlin critics saying that there were as many violations as in 2011, when reports of mass vote rigging in the parliamentary election triggered months of anti-government and anti-Putin protests.