Perception that France is ‘too soft’ on China fed Australia... 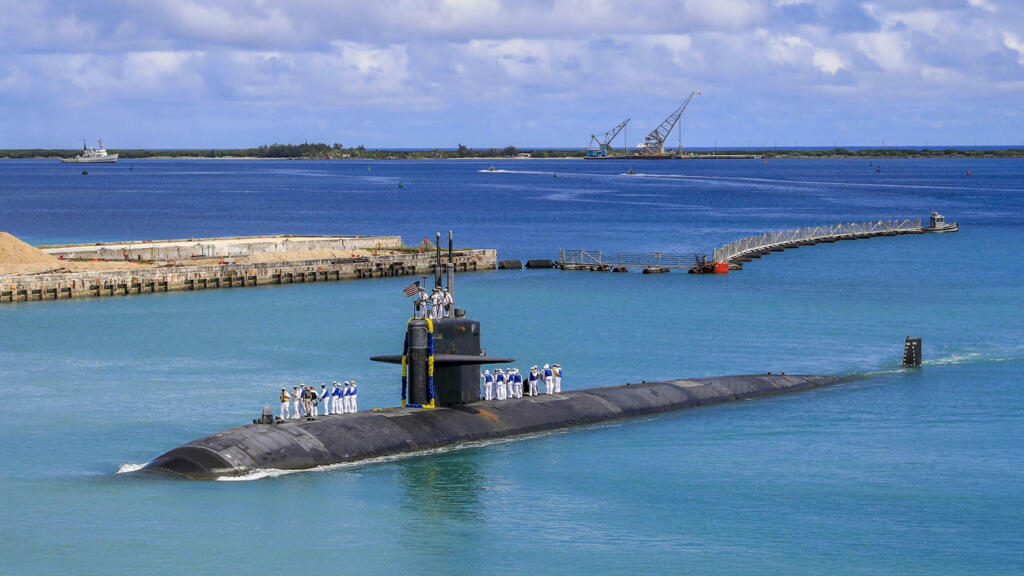 As France rages over last week’s Australia-UK-US (AUKUS) defence deal that saw Canberra ditch multibillion dollar submarine contracts, analysts suggest Paris should not have been so shocked – considering Australia’s desire for nuclear submarine technology rooted in its fear of a Chinese threat, alongside a broader Anglophone perception that France’s China policy is too ambiguous.

Charles de Gaulle, the founding president of France’s Fifth Republic, once said treaties are like “roses”: they “last as long as they last”. Australia gave France a painful reminder of Le Général’s observation on September 16 – when Canberra ditched a five-year-old deal for French submarines in favour of more modern US nuclear subs, as part of a new defence pact with Washington and London.

Analysts say that – regardless of France’s outrage  – the bottom line is that Sino-Australian relations have deteriorated considerably since the Franco-Australian agreement was made in 2016.

The $66 billion (€56 billion) deal Canberra signed in 2016 for France’s mainly state-owned Naval Group to supply 12 submarines for the Royal Australian Navy was a boon for the French defence industry.

It no longer looked like such a great deal for Australia. Concerned about China’s increasingly bellicose foreign policy, Canberra feared that France’s conventional electric-diesel submarines were inadequate for its needs.

‘China surprised us all’

Consequently, Australia got the ball rolling in March – reaching out to its British ally to ask for help in persuading the US to hand over technology it had only ever shared with the UK.

“What’s driven Australia’s decision is a reassessment of its strategic environment, primarily because of China’s behaviour over the past few years as Beijing has really stepped up its assertiveness in the Indo-Pacific region and changed perceptions about the level of potential hazard,” said Brendan Sargeant, Australia’s associate secretary of defence from 2013 to 2017, now head of the Strategic and Defence Studies Centre at Australian National University. “It’s a different environment from what it was five years ago – and the rate of change has gone faster than any of our assessments; China under President Xi Jinping has surprised us all.”

“It’s not that the French submarines are bad, it’s that looking into the future, the nuclear option makes much more sense, because with them Australia can sustain operations over long distances and long periods of time – and will be capable of responding to the growth in Chinese capabilities,” Sargeant explained.

The range of the US nuclear submarines is an especially important advantage for Australia, Sargeant continued, because they would have to travel far from their bases to patrol the Indo-Pacific:  “It’s difficult to base submarines north of Stirling [a naval base on the southern part of Australia’s West Coast] – the water is too shallow and the tidal ranges are enormous – so submarines will have to go a long way to patrol deep into the Indian Ocean or in the north of Asia, and that would have pushed against the edges of conventional submarine technology.”

This Australian paradigm shift from warily engaging with China to preparing for potential confrontation mirrors the same change of thinking in Washington and London. By contrast, France has maintained a more ambiguous China policy – signing on to the official EU line that China is simultaneously a partner, competitor and rival.

Emmanuel Macron has endorsed a divergent position from the growing Anglophone consensus. Calls to “join all together against China” create a “scenario of the highest possible conflictuality” and are “counter-productive”, the French president said in February at a discussion broadcast by the Washington DC think-tank the Atlantic Council.

“France has a more cautious approach towards China, whereas what America wants is for countries to join together collectively and balance against China,” noted Shashank Joshi, defence editor of The Economist.

Macron gave concrete form to this stance when he backed German Chancellor Angela Merkel in forming the “Comprehensive Agreement on Trade” with China unveiled in December 2020.

While the deal would handsomely benefit influential businesses like German car companies, critics accused Macron and Merkel of naively trusting China’s commitments on technology transfers and the use of forced labour. Across the Atlantic, the incoming Biden administration was disappointed that the EU had effectively rebuffed its requests for consultation about European economic relations with China.

Then the Chinese government’s actions made the “Comprehensive Agreement” politically unsustainable in May, when it imposed sanctions on several MEPs and European researchers specialising in China – prompting the EU Parliament to suspend the deal.

“In Washington, that episode contributed to a scepticism towards Paris,” said Robert Singh, a professor of American politics at Birkbeck, University of London. “France is very much seen as too soft on China – at a time when the US is clearly concerned that too many states on every continent are being suckered by China’s economic statecraft into positions where US security alliances are likely to be endangered.”

“So to see France do what it did with that trade deal was very disappointing to the Biden administration,” Singh continued. “My impression is that the US won’t care very much that it has outraged France with this Australian submarine deal.”

If Joe Biden mentions his chagrin over France’s China policy in the phone call with Macron expected over the next few days, Macron could very well point to France’s actions in response to Beijing’s threats against Western allies in the Indo-Pacific.

France conducts naval patrols of the Taiwan Strait at least once a year to support freedom of navigation – and even deployed, in February, a nuclear submarine to the South China Sea, almost all of which Beijing controversially claims.

Describing France as soft on China would be “unfair”, Joshi said – suggesting that “ambivalent” would be more accurate.

But it seems ambivalence is not good enough for the US – or indeed for Australia. Not only was French submarine technology less attractive for Canberra in the context of Chinese aggression in the Indo-Pacific, but France’s geo-strategic approach also made it a less attractive partner than the US, said Richard Whitman, a professor of politics and international relations at the University of Kent.

“The US thinks about how to contain China. And Australia too is in the position of thinking about how one contains, as opposed to how one accommodates; that’s the fundamental difference with France,” Whitman said. “As a consequence, the US looks like the better partner – when France was always a second-order partner that could supplement rather than replace anything the US might have to offer.”