‘Our priority is the return of security’ to Afghanistan, says... 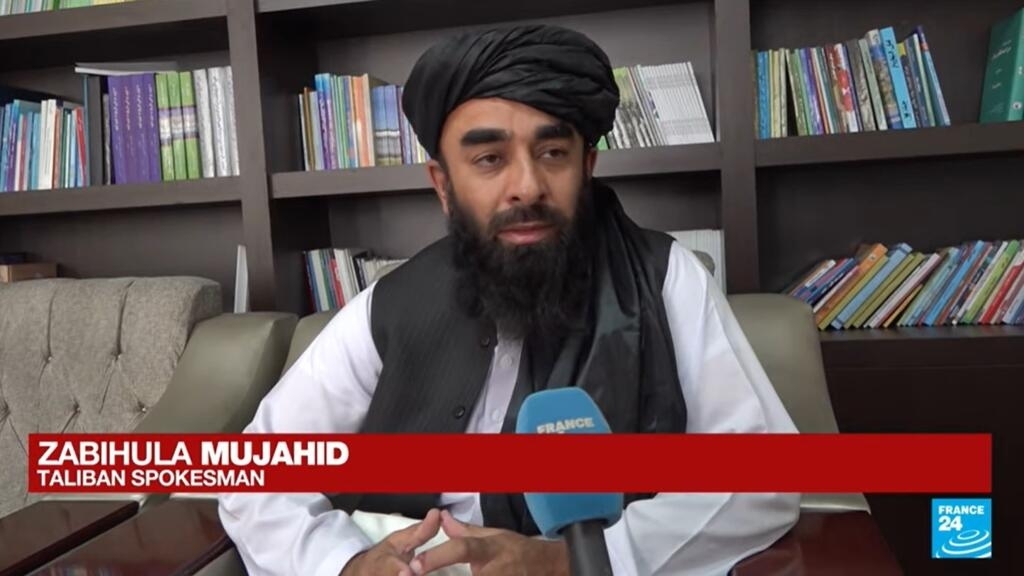 The Kabul airport suicide attack, which killed 169 people, was the fault of US troops, insisted Taliban spokesman Zabihullah Mujahid in an exclusive interview with FRANCE 24 on Saturday. Following the August 31 deadline for a complete US troop withdrawal, security would be a top priority for the Taliban, he maintained.

Speaking to FRANCE 24’s Cyril Payen in the Afghan capital two days after the devastating Kabul airport suicide bombing, which was claimed by the Khorasan branch of the Islamic State group, Mujahid denied Taliban responsibility for the security failure.

“It was the fault of the American soldiers,” maintained Mujahid, accusing US troops of “bringing thousands of people to the airport”.

Under the circumstances, it was “impossible” for the Taliban to filter thousands of people “one-by-one in such a small space,” he added.

“The Americans are invaders in Afghanistan. They only came to make war. Even if they are confined to the Kabul airport, in such a small part of Afghanistan, they cause problems for the Afghans,” said Mujahid.”They called the people of Afghanistan to come to the airport, but it is only to send them to random countries, America or somewhere else, without caring about their future.”

The Taliban currently control “93 or 94 percent” of Kabul, Mujahid maintained, and following the August 31 US troop withdrawal, “our priority is the return of security in this country.”

Mujahid’s remarks came as the US military on Saturday said it killed two members of the IS group’s Khorasan branch with a drone strike in the jihadist group’s eastern stronghold.

“It was a single mission to get these targets and as the assessments and information flowed over time, we were able to recognise that another was killed as well and one wounded,” Pentagon spokesman John Kirby said at a Defence Department briefing Saturday.

Kirby declined to identify those killed but said the US knew who they were. The US airstrike was launched from outside Afghanistan.