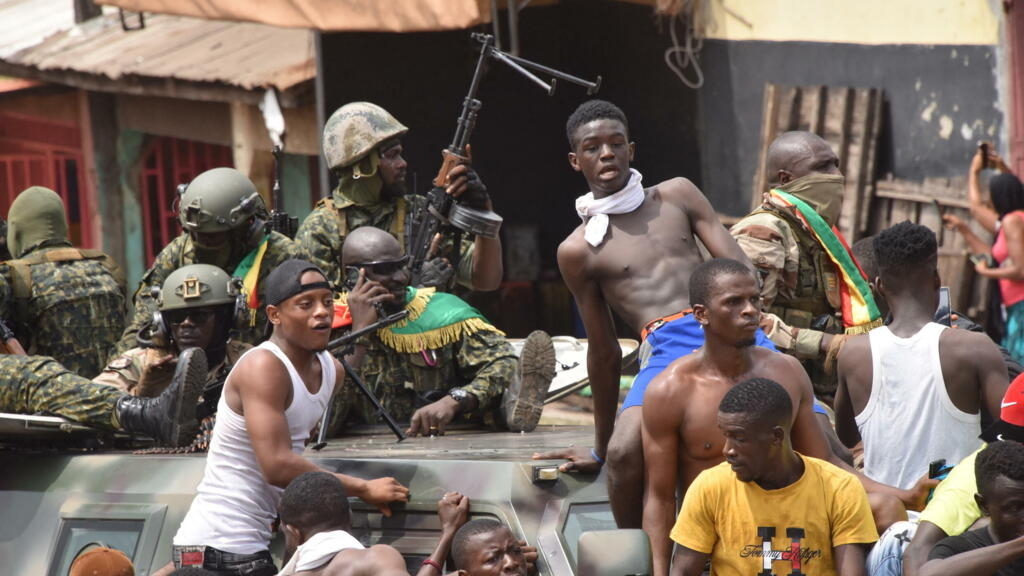 Guinea’s main opposition leader said on Tuesday he was open to participating in a transition following a military coup over the weekend, as the soldiers who seized power consolidated their takeover.

West African countries have threatened sanctions following the overthrow of President Alpha Conde, who was serving a third term after altering the constitution to permit it.

His opponents said the change was illegal and frustration boiled over into deadly protests last year. Eighty political prisoners detained by Conde’s government, including a number who had campaigned against his third term, were released on Tuesday evening, said Hamidou Barry of the Guinean Organisation of Human Rights.

Regional leaders will meet to discuss Guinea on Wednesday – not Thursday, as suggested in a previous staff memo.

Coup leader Mamady Doumbouya, a former officer in the French Foreign Legion, has promised a transitional government of national unity and a “new era for governance and economic development”. But he has not yet explained exactly what this will entail, or given a timeframe.

Guinea’s main opposition leader, Cellou Dalein Diallo, told Reuters on Tuesday he had not yet been consulted about the transition but was ready to participate.

“We would send representatives, why not, to participate in the process to bring the country back to constitutional order,” said Diallo, a former prime minister who finished runner-up to Conde in three successive elections, most recently last October.

Sunday’s uprising, in which Conde and other top politicians were detained or barred from travelling, is the third since April in West and Central Africa, raising concerns about a slide back to military rule in a region that had made strides towards multi-party democracy since the 1990s.

Conakry was calm for a second day after the putsch, with some military checkpoints removed. Traffic was normal on Tuesday in the capital’s administrative centre, the Kaloum peninsula.

Moving to consolidate their power, the soldiers that led the coup have installed army officers at the top of Guinea’s eight regions and various administrative districts.

The coup raised concerns about supplies of bauxite, the main aluminium ore, from Guinea, a leading producer.

The benchmark aluminium contract on the London Metal Exchange remained near a 10-year high on Monday.

However, mines have not reported any disruption. State-run Chinese aluminium producer Chalco’s bauxite project in Guinea said it was operating normally.

The Australian-listed bauxite and gold exploration firms Lindian Resources and Polymetals Resources also said on Tuesday that their activities were unaffected.

The Kremlin said it was closely following the political situation and that it hoped Russian business interests, which include three major bauxite mines and one alumina refinery, would not suffer.

During his decade in power, Conde steered Guinea through economic growth, but unemployment remained high.

Surveys by Afrobarometer suggest the majority of Guineans think the level of corruption has increased, while dissatisfaction with the economy and personal living conditions has also risen.

“An elite that enriched themselves in an insolent way, while poverty was rising and the country’s infrastructure was crumbling. There was also a general malaise in the country,” he said.