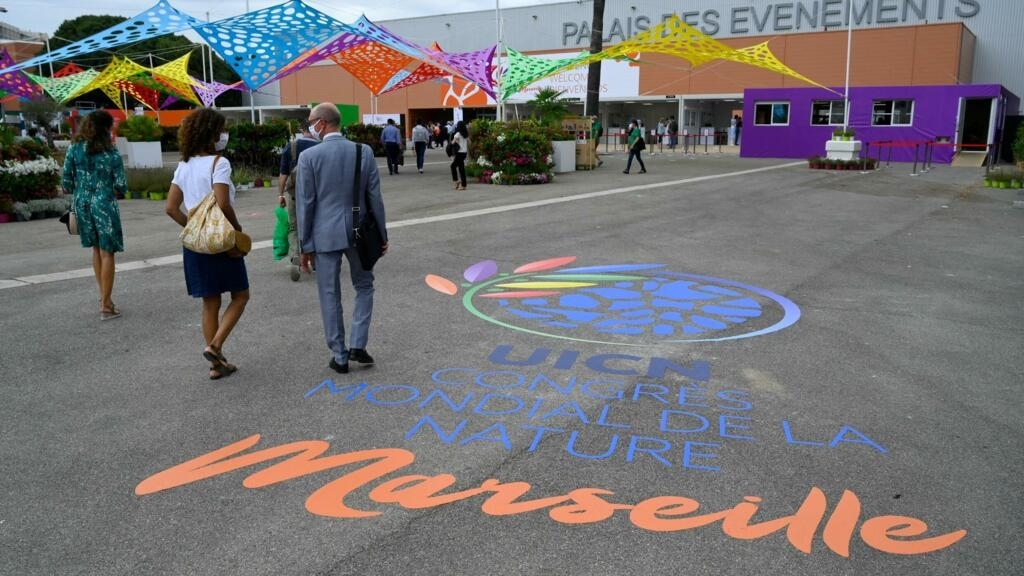 The International Union for Conservation of Nature (IUCN) conference started on Friday in France’s second-largest city Marseille – with NGOs and scientists hoping to take the world from a sense of urgency to concrete action to protect the planet’s imperilled wildlife.

After wildfires and extreme climate events across the planet – not to mention the latest IPCC report – underlined this summer that climate change is already a terrifying reality, the IUCN conference opened on September 3 to bring together NGOs, scientists, businesses, indigenous peoples and government representatives from across the world.

NGOs are especially keen to use this eight-day conference to make a difference. Seeing as the conference is open to the general public this year, they see impressing on people just how the stakes are for biodiversity as one of their most important missions.

“People from our organisations will be there to raise awareness – and we will be demonstrating on a local beach to warn about the degradation of the world’s seas and oceans,” said Maxime Paquin, project manager for biodiversity at France Nature Environnement, an umbrella group of French environmental NGOs.

But for NGOs gathering at the conference their biggest objective is to use it as a “platform to make political points”, Paquin said. Like other NGOs, France Nature Environnement will vote on 19 motions – including the protection of marine mammals, the protection of ancient European forests and limiting the mining industry’s impact on biodiversity.

These recommendations are not legally binding – but they will allow NGOs to influence discussions at the COP15 on biodiversity in China in October and the COP26 on climate change in the UK in November.

“We’re keen to use our influence at the IUCN to carry these motions forward and then lobby for them to be implemented across the world,” said Pierre Cannet, director of advocacy for WWF France.

A highlight of the conference will be an update to the IUCN’s endangered species list – which places endangered species on a spectrum of seven categories, from “least concern” to a definitive “extinct”. Currently around a million animal and plant species are threatened with extinction, according to the Intergovernmental Science-Policy Platform on Biodiversity and Ecosystem Services (IPBES).

Since 1900, the number of local species in most territorial habitats has declined by around 20 percent on average, the IPBES has said. The scientific consensus is clear: The disappearance of entire species and ecosystems is a direct consequence of human activity such as pollution, deforestation and overfishing – and is a considerable danger to the wellbeing of humanity.

In the face of this menace, the IUCN conference represents a “good way of regrouping and looking at how countries can take urgent steps going forward, in a context where economic recovery plans are drawn up at that global level and national budgets devote very little to biodiversity”, Cannet said.

>> ‘Humanity is bullying nature – and we will pay the price,’ WWF chief tells FRANCE 24

“We’re trying to ensure that France makes a difference when it comes to biodiversity,” Cannet continued, denouncing its “failure to enact a green agricultural transition and backtracking on banning the use of pesticides like neonicotinoids and glyphosate”.

Paquin, meanwhile, hopes that this conference will put the thorny issue of funding on the table. Governments have not directed sufficient funding to protect biodiversity, so efforts to do so “lack the means”, he said. Consequently, they intend to rely on business and development banks to finance the ecological transition.

As WWF France has highlighted, the International Development Finance Club – a union of development banks led by the French Development Agency – could play a major role in protecting diversity through the allocation of funding for biodiversity, as it commits $630 billion (€530bn) per year to economic development, which includes $100 billion dedicated specifically to tackling climate change.

People should not expect miraculous change to emerge from the IUCN conference, Cannet said. But it could well act as a “stepping stone towards measures against actions that harm biodiversity”.