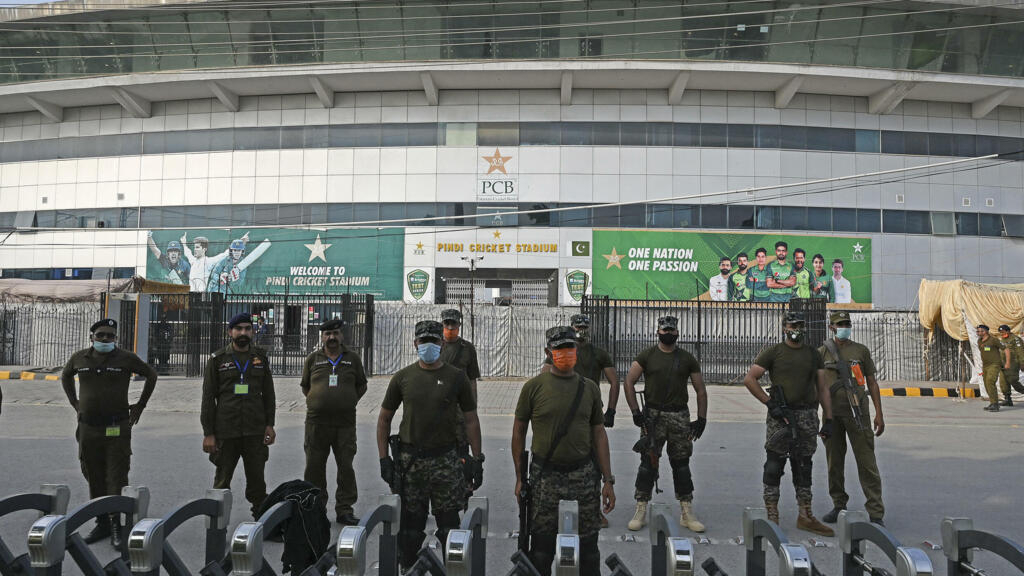 New Zealand abandoned its cricket tour of Pakistan on Friday over security concerns that mystified the hosts, just before the Black Caps’ first scheduled match in Pakistan in 18 years.

The move is a massive setback to Pakistan, which has been trying to revive cricket tours by foreign sides after home internationals were suspended in the aftermath of a 2009 terror attack on the Sri Lankan side.

New Zealand Cricket (NZC) said it received a security alert from its government and made the decision to cancel the tour moments before the scheduled start of the one-day international series in Rawalpindi. Both teams stayed at their hotel.

“Following an escalation in the New Zealand government threat levels for Pakistan, and advice from NZC security advisers on the ground, it has been decided the Black Caps will not continue with the tour,” NZC said on its website.

“Arrangements are now being made for the team’s departure.”

NZC declined to comment on the nature of the security threat.

However, Pakistani Interior Minister Sheikh Rasheed said the country’s security agencies had received no alert about a possible attack on the team

The Pakistan Cricket Board (PCB) said Prime Minister Imran Khan spoke personally to New Zealand counterpart Jacinda Ardern and informed her “we have one of the best intelligence systems in the world and that no security threat of any kind exists for the visiting team”.

“The Pakistan Cricket Board and Pakistan government made foolproof security arrangements for all visiting teams. We have assured the New Zealand Cricket of the same.”

Ardern backed NZC’s decision to end the tour. “I know how disappointing it will be for everyone that the game hasn’t gone ahead, but we totally support the decision that’s been made. Player safety has to be paramount,” she said in a statement.

‘Feel so sorry for the fans’

“Crazy day it has been! Feel so sorry for the fans and our players,” Raja tweeted. “Walking out of the tour by taking a unilateral approach on a security threat is very frustrating. Especially when it’s not shared!! Which world is NZ living in??NZ will hear us at ICC.”

Crazy day it has been! Feel so sorry for the fans and our players. Walking out of the tour by taking a unilateral approach on a security threat is very frustrating. Especially when it’s not shared!! Which world is NZ living in??NZ will hear us at ICC.


New Zealand was to play three ODIs in Rawalpindi and five Twenty20s in Lahore. Both cities and the security arrangements were cleared by NZC’s security team last month.

NZC chief executive David White said the advice he received made the tour impossible to continue, and he was supported by the New Zealand Cricket Players Association.

“I understand this will be a blow for the PCB, who have been wonderful hosts, but player safety is paramount and we believe this is the only responsible option,” White said.

The PCB said it tried its best to convince the Kiwis, but “cricket lovers in Pakistan and around the world will be disappointed by this last minute withdrawal (of New Zealand)”.


England men’s and women’s teams are due in Pakistan for short two-match T20 series next month, and the England and Wales Cricket Board said it would make a final call on the tours this weekend.

England’s men have not played an international in Pakistan since 2005 while the women are visiting for the first time.

“We’re aware of New Zealand’s decision to pull out of the Pakistan tour due to a security alert,” the ECB said. “We are liaising with our security team who are on the ground in Pakistan to fully understand the situation. The ECB Board will then decide in the next 24-48 hours whether our planned tour should proceed.”

Pakistan was a no-go zone for international cricket teams for a decade after terrorists attacked the Sri Lanka team bus in Lahore in 2009. The ambush killed seven people and injured several Sri Lankan cricketers, including Thilan Samaraweera, who is among the New Zealand tour management as the batting coach.

Since international teams resumed touring Pakistan in 2019, this is the first instance of a team having to abandon while in the country.

(FRANCE 24 with AP and REUTERS)