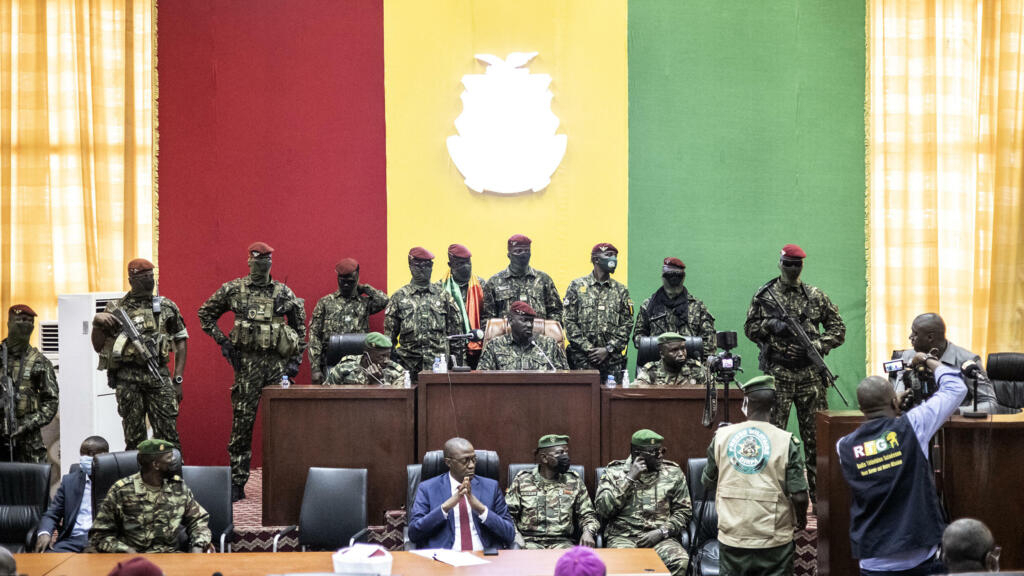 Guinea’s longtime opposition leaders voiced support Tuesday for the country’s new military rulers as a four-day summit got under way that is aimed at charting the West African nation’s future following a coup just over a week ago.

Pressure, though, is expected to mount this week for Col. Mamady Doumbouya to set a timeframe for holding new elections. Regional mediators and the international community are calling for the junta to hand over power to a civilian-led transitional government.

Opposition party leaders who came to the heavily guarded People’s Palace for the Tuesday meeting, however, publicly backed the coup and laid more criticism on ousted President Alpha Conde. The 83-year-old leader was detained by the junta during the Sept. 5 coup and his exact whereabouts have not been disclosed.

Conde sparked violent street protests last year after he pushed forth a constitutional referendum he said allowed him to extend his rule to a third term.

Ousmane Kaba, leader of the opposition Party of Democrats for Hope, called that bid by Conde to stay in power beyond his mandate a coup as well.

“That was not legal, you know, so that’s why we had a military coup to stop the institutional, constitutional coup,” he told reporters Tuesday. “And I think the international community should help us, should help Guinea to have a good transition.”

Guinea’s most prominent opposition figure, Cellou Dalein Diallo, already has spoken out against Conde, calling him a dictator who had brought on his own downfall. Diallo, who had lost to the ousted leader in the last three presidential elections, has signaled that he intends to run whenever a vote is next held.

But the opposition’s request for support and not punishment may not sway the West African regional bloc known as ECOWAS. It already has threatened Guinea with economic sanctions unless the junta releases the deposed president immediately.

The bloc took a similar move in August 2020 when it imposed sanctions on neighboring Mali after mutinous soldiers there overthrew a longtime president who had become increasingly unpopular. Regional mediators called for a one-year deadline for new elections in Mali but later acquiesced to the junta leaders and accepted an 18-month timeframe instead.

Even that now appears in doubt as February 2022 approaches, since Col. Assimi Goita effectively staged a second coup in Mali nine months after the first by firing the civilian president and prime minister and later declaring himself president of the transition.

In Mali’s case, the junta had overthrown a president who came to power through a democratic election supported by the international community and who had not sought to change the country’s term limits.

Guinea’s ex-leader, though, had lost credibility with many in Conakry after he won his third term in October. That appears to have muted the public backlash against the junta so far in Guinea’s capital, where opposition figures said Tuesday they were optimistic about what the coming days would bring.

Sidya Toure, leader of the Union of Republican Forces party, said conditions already appear to have improved since the military takeover. He recalled how security forces had “tried to kidnap me in my home” during Conde’s regime.

“We can see it all around the town in Conakry, absolutely the change amongst the military and policemen,” he said. “I think we are going in the right way for the moment.”