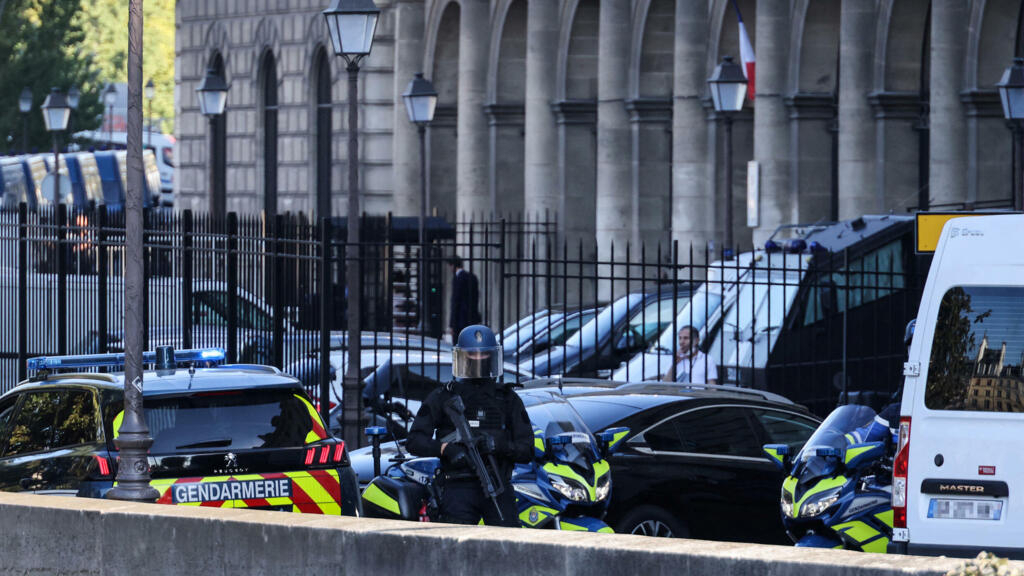 The biggest trial in modern French history opens on Wednesday, with 20 suspects charged in the November 2015 Paris attacks in which 130 people were killed and hundreds more injured, with an expected nine months of hearings set to reopen still raw wounds.

The suicide bombing and gun assault by three teams of jihadists on bars, restaurants, le Stade de France and the Bataclan music venue – planned in Syria and later claimed by the Islamic State group – was the worst postwar atrocity on French territory.

The only surviving attacker, Salah Abdeslam, arrived to stand in the dock with 13 other defendants at a purpose-built facility in central Paris.

Six others are being tried in absentia. Twelve of the 20 people on trial, including Abdeslam, face life sentences if convicted.

The area around the court was blocked off on Wednesday and armed police with dogs were on patrol ahead of the proceedings, set to begin at 1030 GMT.

“We are entering the unknown,” said Arthur Denouveaux, a survivor of the Bataclan music venue attack and president of Life for Paris, a victims’ association.

“We’re eager for it to start but we’re wondering how it’s going to go over the next nine months,” he said.

The trial will last until May 2022 with 145 days of scheduled hearings involving about 330 lawyers, 300 victims and testimony from former president François Hollande in November.

“These events are seared into our collective memory,” Justice Minister Eric Dupont-Moretti told French TV, vowing that the trial would rise to the challenge.

Surviving gunman Abdeslam, now 31, who was born in Belgium but has French and Moroccan nationality, fled the scene of the carnage after abandoning his suicide belt, which investigators later found to be defective.

He was captured four months later in Brussels, hiding in a building close to his family home.

Abdeslam has refused to cooperate with the French investigation and remained largely silent throughout a separate trial in Belgium in 2018.

A major question is whether he will speak at his scheduled testimony, set for mid-January.

“He must speak to victims. If he does not say anything, his cowardice will be even greater than what we assume it to be today,” Hollande told France info radio.

Under the tightest security, Abdeslam was taken in a convoy from the Fleury-Merogis prison outside Paris to attend the trial.

The trial will scrutinise how a squad of killers managed to enter France undetected, allegedly using the flow of migrants from Islamic State-controlled regions of Syria as cover.

Fourteen of the accused — who face charges ranging from providing logistical support to planning the attacks as well as weapons offences — are expected to be present in court.

>> Paris attacks of 2015: The logistics behind a historic trial

They include Osama Krayem, a Swede whom Belgian investigators have identified as one of the killers of a Jordanian pilot burnt alive in a cage by IS in early 2015 in Syria. He is also under investigation in Sweden for war crimes.

The alleged coordinator, Belgian national Abdelhamid Abaaoud, was killed by French police northeast of Paris five days after the attacks.

Of the six tried in absentia, five are presumed dead, mainly in air strikes in Syria.

The horror was unleashed late on Friday, November 13, when jihadists detonated suicide belts outside the Stade de France stadium where Hollande was in the crowd watching France play a football match against Germany. One person was killed there.

A group of Islamist gunmen, including Abdeslam’s brother Brahim, later opened fire from a car on half a dozen restaurants, which were packed on the balmy autumn evening.

The massacre culminated at the Bataclan music venue. Three jihadists stormed in during a performance, killing 90 people.

While the trial’s initial phase will be devoted to procedural issues, testimony begins on September 28 from some 300 survivors and relatives of victims for five weeks of harrowing statements.

Philippe Duperron, whose 30-year-old son was fatally wounded in the Bataclan and is president of the victims’ association 13onze15, said he hoped the trial would “give a voice to all those who are no longer there”.

“A wave of emotion will surge up and things will come to the surface that will hit even those who have chosen to keep a distance, like some of the victims,” Duperron told AFP.

France was hit by a spate of “lone wolf” jihadist attacks last year as the trial into the 2015 massacre at the Charlie Hebdo satirical weekly was going on, and Interior Minister Gerald Darmanin said 1,000 police would be on duty to ensure security.

“The terrorist threat in France is particularly high. And clearly during trials over terrorist attacks, the threat is even higher,” he told French radio.