Malawi’s president condemns ‘unfortunate’ Sudan coup as ‘not the African... 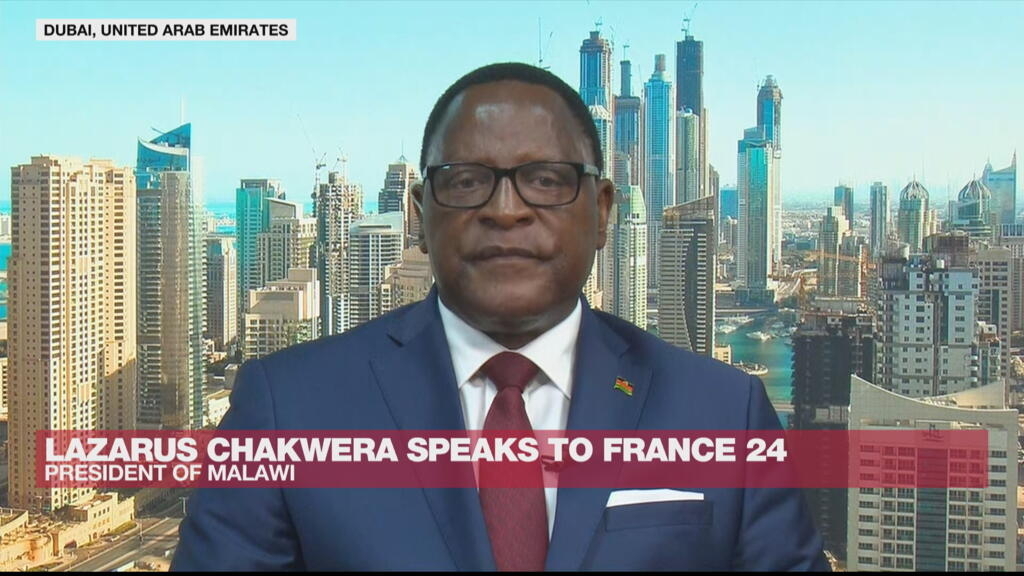 Lazarus Chakwera, the president of Malawi, who is also currently chair of the Southern African Development Community, gave an interview to FRANCE 24 from Dubai. He hailed Malawi and Zambia as “examples of what democracy is about”. Chakwera insisted that overall, “democracy is getting consolidated” on the continent, in spite of “erratic events”, referring to the recent coups in Mali, Guinea and now Sudan. He described such coups as being “not the African way”.

In an interview with FRANCE 24, Lazarus Chakwera, the president of Malawi and chairperson of the Southern African Development Community (SADC), condemned Monday’s military coup in Sudan, stressing that this was “not the African way” to deal with differences. He regretted that such coups were back in fashion “in some parts” of the continent, but pointed to the recent elections in Zambia and in his country as examples of democratic progress.

Our guest said he was optimistic for the forthcoming COP26 climate summit, despite warnings that it might not be successful. He added that climate change was a “question of life and death” for Malawi, a poor and landlocked country.

The Malawian president said he fully agreed with South Africa’s Cyril Ramaphosa that there is a “vaccine apartheid” on Covid-19 jabs, demanding “equal access” for poor countries. He questioned the wisdom of having millions of vaccines doses in rich countries while the rest of the world is dying from Covid-19.

Chakwera expressed concern about the deterioration of the situation in Eswatini, the small country formerly known as Swaziland. He stressed that the “democratic aspirations of the people must be respected” and urged the absolute monarch, King Mswati III, to “respect the wishes” of his subjects.

Finally, Malawi’s president expressed concern about the situation in northern Mozambique, which is battling a jihadist insurgency with the help of SADC and Rwandan troops, but said he was “very confident” the matter would be resolved.