Macron vows to ‘harass’ traffickers to rid Marseille of drug... 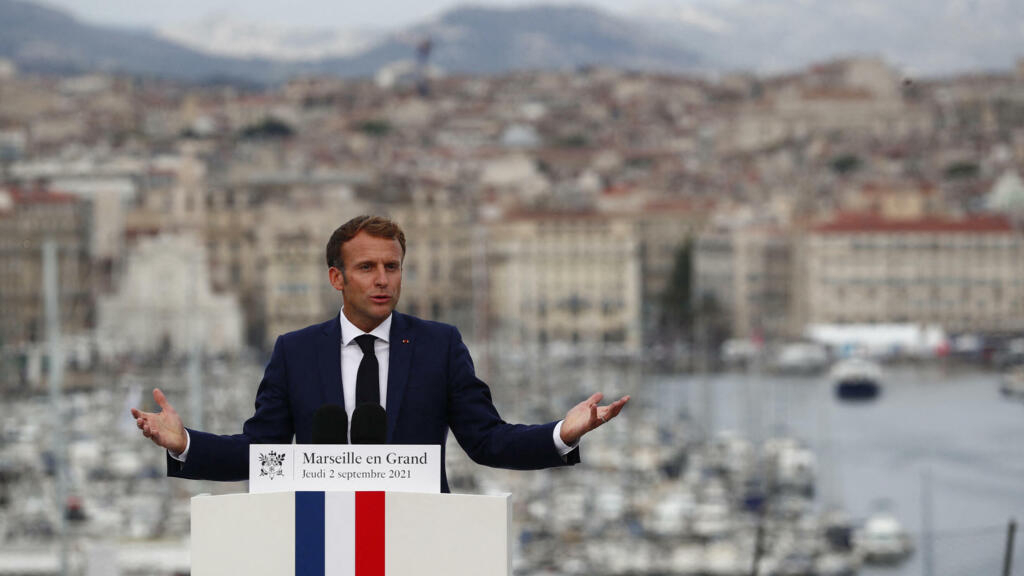 French President Emmanuel Macron on Thursday vowed his government would help Marseille tackle its rampant drug crime problems, announcing millions in new financing and a new policy to target drug traffickers with “harassment” in the city’s poorest and most vulnerable areas.

During a visit to the Mediterranean port and France’s second-largest metropolis, Macron called drug networks “parasites of the city” and said traffickers would now be “harassed” with more police on the streets and improved technology.

Parts of Marseille are notorious for their rundown streets and desolate housing estates, but the city is also renowned for its gritty charm and fierce pride.

But its northern districts are some of the most deprived urban areas of France and serve as the hub for the city’s narcotics trade.

Macron said 500 additional surveillance cameras would be placed in the most dangerous neighbourhoods, 200 extra police will be deployed next year and the temporary deployment of two anti-riot police contingents would be extended indefinitely.

He also said more than €8 million would be invested in police cars and other equipment. The city’s police will also get a new headquarters.

“Living in peace is a right, including for the women, men and families living in these neighbourhoods,” he said.

A lack of public infrastructure is another serious problem. Marseille’s nearly 900,000 inhabitants are spread across a city twice the size of Paris. But – in contrast to the vast metro network serving the capital – it has just two underground rail lines.

And yet funding has been a persistent challenge. The city council is currently €1.54 billion in debt – with a budget of €1.56 billion.

In all, Macron’s Marseille plan comes to €1.5 billion.

Macron acknowledged that Marseille has faced many challenges, from climate change and migration to poverty.

He said it was now “the duty of the nation” to help, and that improving conditions in the city would be “good for the whole country”. Macron promised that the homes of 10,000 residents would be renovated over the next 15 years.

Crime levels in Marseille are lower than they were in particularly violent periods during the 1980s, but a surge in deadly shootings has put the city’s longstanding social problems on the agenda in the run-up to presidential elections next April.

Two people died in northern Marseille last weekend in a drive-by shooting, while the week before a 14-year-old was shot dead near one of many drug-dealing points. During the same period, another man was forced into a car and burnt to death.

Twelve people have been killed over the last two months in what appears to be a drugs turf war, say police.

Macron’s visit is being viewed largely through the lens of next spring’s presidential elections, with the first round set for April. For this is not just any presidential visit: eight members of Macron’s cabinet – including the interior, environment and education ministers – are accompanying him for his longest official visit to a French city since he entered the Élysée Palace in 2017.

Macron’s goal is accordingly ambitious: to tackle some of the deep-seated issues that have long troubled Marseille and fashion it into a real “capital of the Mediterranean”.