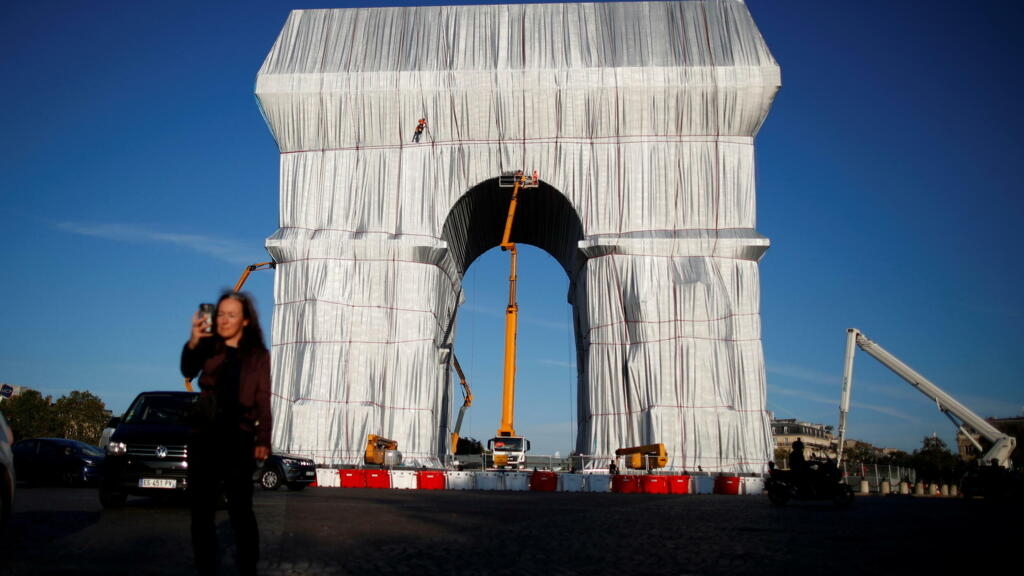 “This is the achievement of a 60-year-old dream, a crazy dream come true,” said Macron, who was accompanied by his wife Brigitte and officials ranging from Culture Minister Roselyne Bachelot to Paris Mayor and Presidential hopeful Anne Hidalgo.

Imagined in 1961 by the late Bulgarian-born artist Christo, “L’Arc de Triomphe, Wrapped” was finally brought to life by Christo’s nephew, Vladimir Yavatchev, at a cost of about 14 million euros ($16.54 million).

Christo, whose full name was Christo Javacheff, was known for his larger-than-life installations.

He wrapped up a stretch of coastline in Australia and the Reichstag parliament building in Berlin, and strung up a huge curtain in part of a canyon in Colorado. He worked closely with his wife Jeanne-Claude on the projects.

The Arc de Triomphe project, involving the most visited monument in Paris that looms over one end of the Champs-Elysees, will still allow tourists to visit the site and its panoramic terrace.

The monument is also home to a tribute to the Unknown Soldier, in the form of a flame of remembrance that is rekindled every day. The installation will be on view from Sept. 18 to Oct. 3.