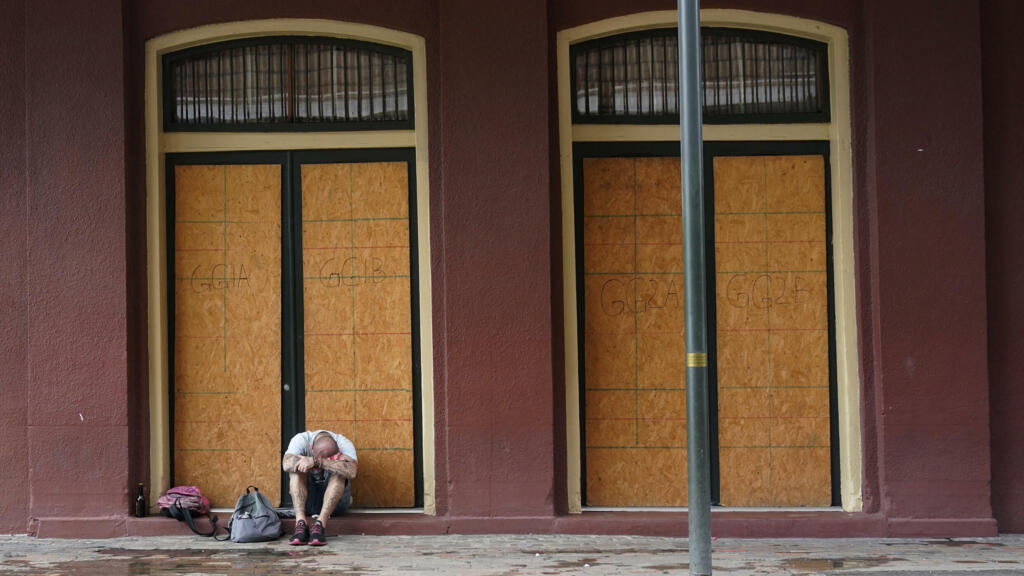 Hurricane Ida was expected to make landfall in the U.S. on Sunday as an “extremely dangerous” Category 4 storm that could plunge much of the Louisiana shoreline under water as the state grapples with a Covid-19 surge already taxing hospitals.

The storm intensified faster than officials had predicted on Saturday, as residents of the Gulf Coast evacuated and businesses shut down.

Southern Louisiana is still reeling from the effects of Hurricane Laura from a year ago. The state also has the third-highest incidence of Covid-19 cases per 100,000 people in the U.S over the past seven days.

Louisiana Governor John Bel Edwards said on Saturday that Ida’s winds will be fierce and spread across a 300-mile area, and could be the state’s worst direct hit since the 1850s.

Louisiana was also devastated 16 years ago this week by Hurricane Katrina, which killed more than 1,800 people.

The state is not planning to evacuate hospitals now strained by an influx of Covid-19 patients, Edwards said.

“The implications of having a Category 4 storm while hospitals are full are beyond what we normally contemplate,” Edwards said at a news conference Saturday afternoon.

There were more than 3,400 new infections reported on Friday, and about 2,700 people are hospitalized with the virus.

“We have been talking to hospitals to make sure that their generators are working, that they have way more water on hand than normal, that they have PPE on hand,” Edwards said.

Officials ordered widespread evacuations of low-lying and coastal areas, jamming highways and leading some gasoline stations to run dry as residents and vacationers fled the seashore.

“This is a powerful and dangerous storm – it is moving faster than we had thought it would be, so we have a little less time to prepare,” said Dr. Joseph Kanter, Louisiana’s chief medical official. “There is a lot of Covid out there – there are a lot of risks out there.”

Utilities were bringing in extra crews and equipment to deal with expected power losses. President Joe Biden said he has coordinated with electric utilities and 500 federal emergency response workers were in Texas and Louisiana to respond to the storm.

U.S. energy companies reduced offshore oil production by 91% and gasoline refiners cut operations at Louisiana plants in the path of the storm. Regional fuel prices rose in anticipation of production losses and on increased demand due to evacuations.

Coastal and inland oil refineries began to cut production due to the storm. Phillips 66 shut its Alliance plant on the coast in Belle Chasse, while Exxon Mobil Corp cut production at its Baton Rouge, Louisiana, refinery on Saturday.

Jean Paul Bourg, 39, was planning to ride out the storm in Morgan City, about 70 miles west of New Orleans. His wife’s brother was recently released from the hospital after contracting Covid-19 and secured a generator to ensure access to oxygen if needed.

“You can’t necessarily pile in with family members during Covid,” Bourg said, after trimming trees and putting up plywood on his house. “More people than you’d think are sticking around.”