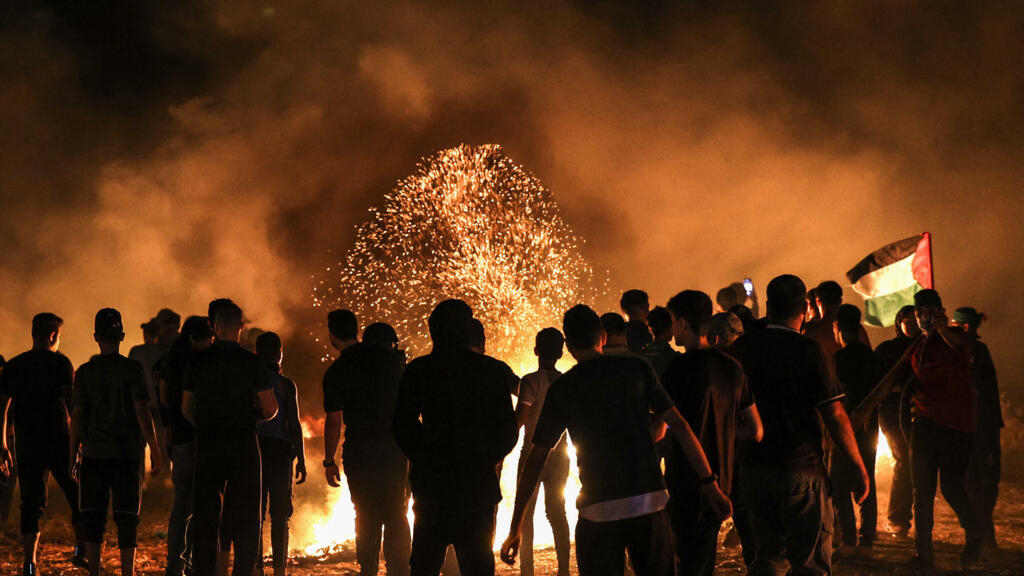 The Israeli air force attacked two sites in Gaza on Sunday, the army said, after Gazans clashed with forces on the border and launched incendiary balloons into southern Israel.

Israeli “fighter jets struck a Hamas military compound used for manufacturing weapons and training as well as an entrance to a terror tunnel adjacent to Jabalia,” the Israeli army said.

“The strikes were in response to Hamas launching incendiary balloons into Israeli territory and the violent riots that took place yesterday,” it said in a statement.

The army said both incidents were “examples of how Hamas continues to employ terror tactics and target civilians.”

There were no reports from the Gaza Strip of any casualties caused by the Israeli strikes.

Speaking in Washington, where he had met with US President Joe Biden, Israeli Prime Minister Naftali Bennett said he held Gaza’s Islamist rulers Hamas responsible for any unrest from the Palestinian enclave.

“As I have already said, our actions in Gaza will serve our interests,” he told reporters before boarding a plane back to Israel.

“As far as I’m concerned, the address (of those responsible) has been and remains Hamas.”

On Saturday evening, two wildfires broke out in the Eshkol region near the Palestinian enclave, Israeli firefighters said.

Protests erupted later in the day, with the Israeli army firing tear gas and stun grenades as Palestinians burned tyres on the border between Gaza and Israel, an AFP reporter said.

he health ministry in Gaza said 11 Palestinians had been hurt in the clashes, three of them by live fire.

Earlier Saturday, Gazans laid to rest Omar Hassan Abu al-Nile, 12, who died of his wounds a week after being shot by Israeli forces during border clashes.

In 2018, Gazans began a protest movement demanding an end to Israel’s blockade and the right for Palestinians to return to lands they fled or were expelled from when the Jewish state was founded in 1948.

The often-violent weekly demonstrations backed by Hamas sputtered as Israel killed some 350 Palestinians in the territory over more than a year.

Hamas and Israel then fought a devastating 11-day conflict in May, the worst between the two sides in years, which ended with an informal truce.

Incendiary balloons from Gaza have continued in the following months, with Israel blaming Hamas.

Israel has at the same time been easing restrictions on civilian life and commerce for the territory it has blockaded since 2007, when Hamas took power.