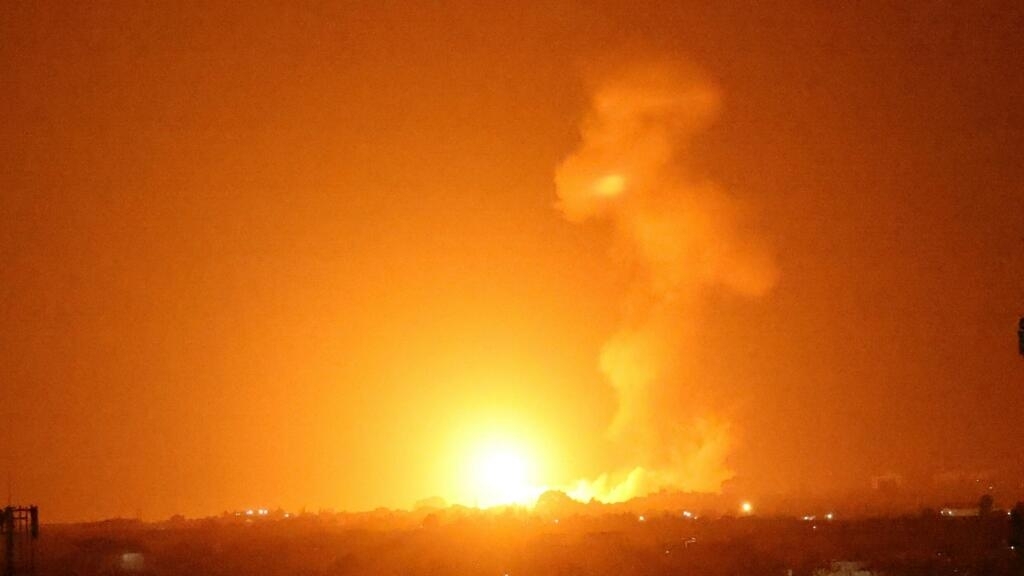 Israeli warplanes bombed Hamas sites in Gaza in response to incendiary balloons launched from the Palestinian enclave that caused brush fires in southern Israel, its military said early on Tuesday.

There were no immediate reports of casualties in the air strikes that targeted what the military said was a weapons production facility and a rocket launch site belonging to Hamas, the Islamist group that rules Gaza.

Palestinians say the balloons are aimed at pressing Israel to ease restrictions on Gaza and allow aid to reach the territory. Balloons launched on Monday set off fires in Israeli fields along the Gaza border, Israel’s Fire and Rescue Service said.

Cross-border violence has spiked despite an Israeli announcement last week of a resumption of Qatari aid to Gaza, a decision that had been seen as bolstering the fragile truce.

Days before Saturday’s violence, Gaza militants launched a rocket towards Israel that was shot down by its Iron Dome anti-missile system, in the first such attack since the May 21 ceasefire.

More than 250 Palestinians and 13 in Israel were killed in the May conflict, during which Gaza militants fired rockets towards Israeli cities and Israel carried out air strikes across the coastal enclave.

Israel keeps Gaza under blockade, tightly restricting movement out of the territory that is home to 2 million Palestinians. Egypt also maintains restrictions on the enclave. Both cite threats from Hamas for the restrictions.

In the Israeli-occupied West Bank, the Palestinian Health Ministry said a 15-year-old was killed overnight in a clash with Israeli soldiers.

The Israeli military said its troops came under fire during an arrest raid near the city of Nablus.

A soldier opened fire on a suspect who was about to throw a large object at the forces from a rooftop, the military said, and “identified a hit”. The health ministry said a 15-year-old Palestinian was killed in the confrontation.