ICC backs crime against humanity probe into Philippines’ ‘war on... 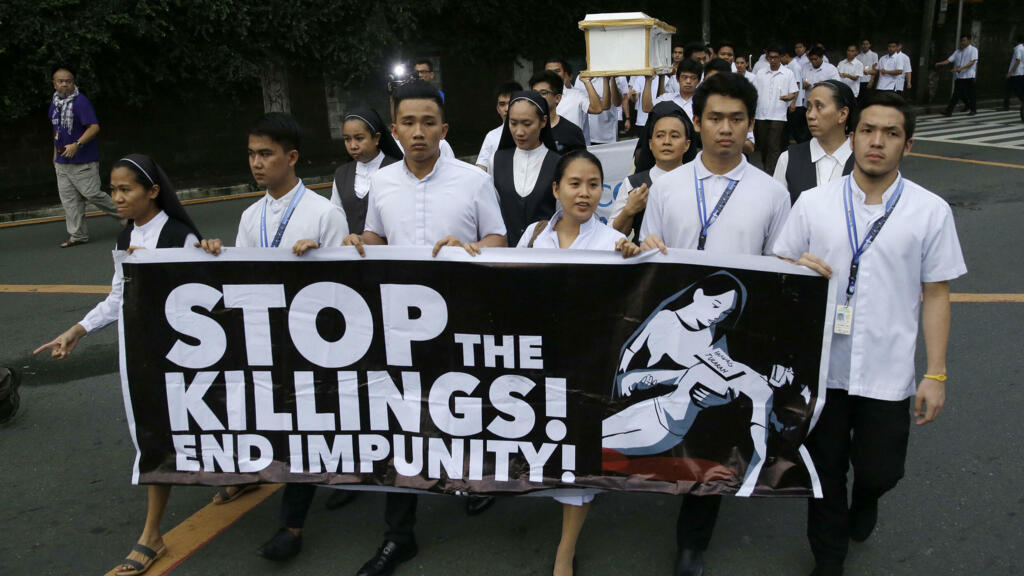 Judges at the International Criminal Court on Wednesday gave the green light for a full investigation into crimes against humanity during the Philippines’ so-called “war on drugs”.

The Hague-based court approved the probe despite the fact that Manila left the court in 2019 following a preliminary probe into President Rodrigo Duterte‘s crackdown.

Former ICC chief prosecutor Fatou Bensouda had asked judges in June to authorise the full-blown probe into allegations that police unlawfully killed as many as tens of thousands of civilians.

The judges “found there is a reasonable basis to proceed with an investigation, noting the specific element of the crime against humanity of murder,” the court said in a statement.

The court said it appeared that “the so-called ‘war on drugs’ campaign cannot be seen as a legitimate law enforcement operation, and the killings neither as legitimate nor as mere excesses in an otherwise legitimate operation”.

“The available material indicates, to the required standard, that a widespread and systematic attack against the civilian population took place pursuant to or in furtherance of a state policy,” it added

Firebrand Duterte drew international censure when he pulled the Philippines from the court after it launched its preliminary investigation into his drugs crackdown.

But the judges said that even though the Philippines had withdrawn as a state party to the court, the alleged crimes took place while Manila was still a signature to the court’s Rome Statute, so it could still probe them.

“The court retains jurisdiction with respect to alleged crimes that occurred on the territory of the Philippines while it was a state party,” the judges said.

Set up in 2002, the ICC is a so-called court of last resort and only becomes involved in probing the world’s worst crimes if its member states are unable or unwilling to do so.

The crackdown is Duterte’s signature policy initiative and he defends it fiercely, especially from critics like Western leaders and institutions which he says do not care about his country.

He was elected in 2016 on a campaign promise to get rid of the Philippines’ drug problem, openly ordering police to kill drug suspects if their lives are in danger.

More than 6,000 people have been killed in over 200,000 anti-drug operations conducted since July 2016, according to official data. Human rights groups estimate the number of dead could be several times higher.

The tough-talking Duterte has repeatedly claimed the ICC has no jurisdiction over him and that he will not cooperate with what he has called an “illegal” probe, even threatening to arrest Bensouda.