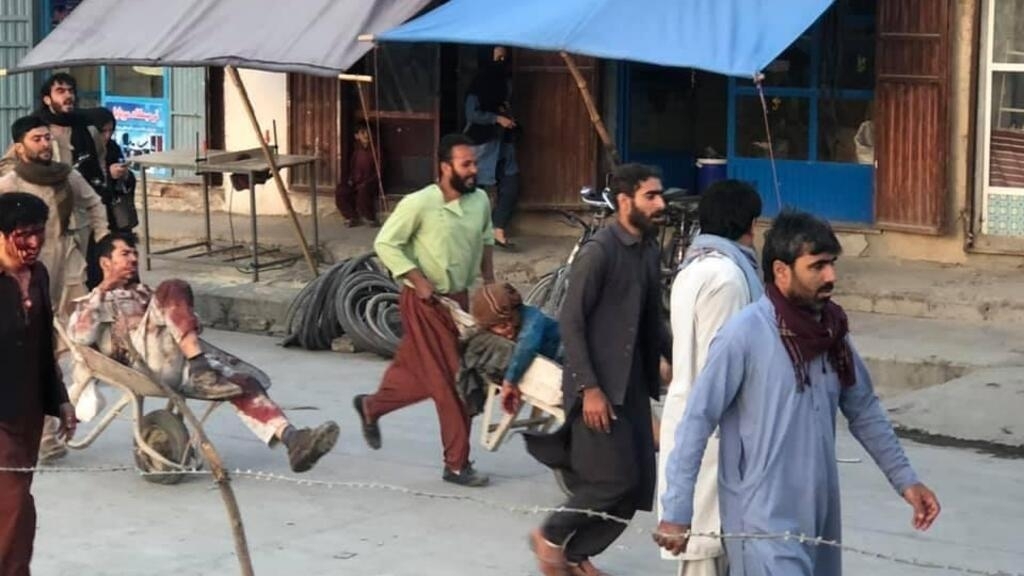 Two deadly explosions struck outside Kabul airport on August 26, where thousands of desperate Afghans hoping to flee the country after the Taliban takeover had been gathering for more than a week. The Islamic State has claimed responsibility for the attacks, which killed at least 85 people. FRANCE 24 spoke to a witness to the twin explosions, who said that despite the risk, he intends to go back to the airport in an attempt to be evacuated.

Victims transported in wheelbarrows, injured children and disorientated crowds: videos and photos taken just after the dual suicide bombings outside Hamid Karzai International Airport in Kabul on August 26 show the violence and chaos caused by the attacks.

Images taken August 26 by FRANCE 24 correspondents in Kabul and a witness to the attacks.

H, a French-Afghan, was in the crowd in front of the airport when the attack took place and sent these videos to the FRANCE 24 Observers team. FRANCE 24 spoke to H on the evening of August 26. We have decided not to publish his full name for security reasons.

I was outside the Kabul airport, I was waiting in front of the entrance. There were a lot of us, I’d say at least 10,000 people in front of this entrance. And at one point, I heard a huge explosion. I can tell you that five or six hours later, I still can’t hear very well.

There were women, children, elderly people, vulnerable people. It was horrible, a total nightmare. I didn’t expect an attack like this at all – if I had known it was going to happen, I would have never gone to the airport.

I will go back to the airport. I know that it’s dangerous but I am already in danger and I don’t have any other solution [to leave Afghanistan], so I have to go back, that’s for certain.

The risk of further attacks near the airport remains high, according to US officials. The British armed forces minister James Heappey said the morning before the attacks that there was “very credible” evidence of an “imminent” terrorist attack at the airport.

The explosions hit in the afternoon of August 26: the first at Abbey Gate, on the eastern side of the airport, and the second at the nearby Baron Hotel, where Afghans and foreigners alike had gathered before going to the airport.

“Two suicide bombers, assessed to have been ISIS fighters, detonated in the vicinity of the Abbey Gate at Hamid Karzai International Airport and in the vicinity the Baron Hotel, which is immediately adjacent,” General Kenneth McKenzie, commander of US Central Command, said in a press briefing on August 26. “The attack on the Abbey Gate was followed by a number of ISIS gunmen who opened fire on civilians and military forces.”

The double bombing in Kabul killed at least 85 people, including 13 US military personnel. “We will hunt you down and make you pay,” said US President Joe Biden, addressing the Islamic State extremist group, in a speech on August 26.

The United States has pledged to complete the evacuation of its citizens and Afghan allies by August 31, and evacuation flights resumed with new urgency on Friday. French Prime Minister Jean Castex announced that France would not be able to continue its evacuations past Friday evening, saying that 2,500 people, French and Afghan, had already been evacuated since the capture of Kabul on August 15.