The majority of the people around the globe have this mindset about Asian dramas that it’s not really worth watching.

I never really liked it myself being very honest. I judged it before even trying it. Back in 2015, there was this show called Healer a Korean drama that attracted me. I never asked any of my friends about it or told anyone because they were all like “oh how can anyone watch them”, “don’t they all look the same”, “they do not have any storyline”. Well, how can one know without trying!

When I started Healer i fell in love with the show and it’s been 5 years and I have watched it more than 2 times, crazy? I know!!!

I think since I watched this show my mindset about them is completely changed.

And now I can surely say that the K-drama industry has taken the world by storm. Such a huge transformation it’s been. Now when I ask more than half of my friends and family are obsessed with Korean and Chinese dramas. 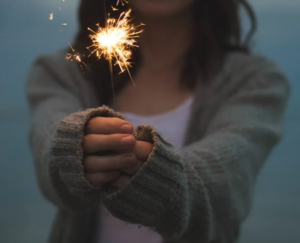 The healer was aired in the year 2015, starring Ji Chang Wook and Park Min Young. It’s a story of a night courier famous in the underworld and among police as HEALER, the healer does every kind of crime from kidnapping to delivering packages without questioning as long as they are paying him but the only thing he refuses to take part in is a Murder. No one has ever seen his face.

Park Min Young who is an entertainment reporter, always trying her best to be on top, meet this very famous TV reporter named Kim Min Hu. Kim was Park Min Young’s idol in the field, she always fancied him. He hired a healer to run research on her by keeping an eye to find out about her past. She was an adopted child.

Fate always make their way no? That’s how both the healer and Park Min Young come face to face with their past and how it connects them together.

Trust me I have never watched a better show!

It only has one season which consisted of 20 episodes. Later Netflix also adopted this drama. It’s available there now.

I completed this show in 2 days. Hehe, see how addicted I was! How can I forget about its soundtrack? It has my heart. It’s named “Eternal Love” it’s just perfect! I often listen to it now and then.

There is this misconception about them which we all know. But you know if you are actually looking for quality content. I bet you do not miss it.

They have a combination of everything in their dramas, if you just overlook “oh how am I going to differentiate between them” you will know what I am talking about.

Oh did i tell you two of my most favorite actors are from Korea “Ji Chang Wook” and “Lee Min Ho”.

If I talk about Lee Min Ho, his ongoing drama now; “The King: Eternal Monarch” is getting a hit on the international level. Well, there are still 3 episodes left and I am so excited!!

In short, you will fall in love with the K-dramas once you start watching it. It’s no joke my friend!

They never fail to produce a masterpiece. But let me admit no drama can make the impression for me as healer did. I don’t know why but it just did. I love that show.