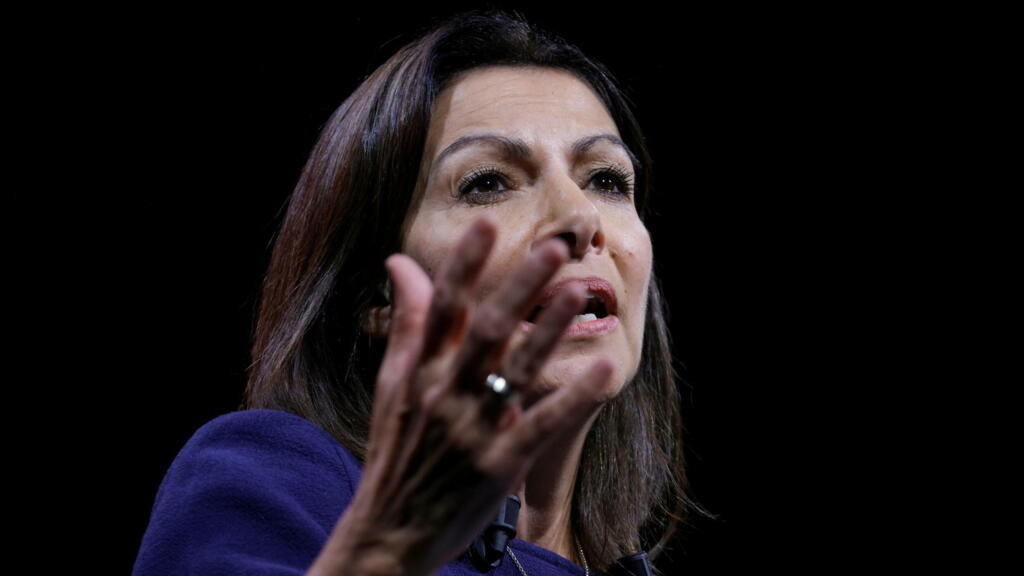 Six months ahead of France’s April 2022 presidential elections, all three major left-wing candidates are flagging in the polls as they struggle to gain traction outside big cities amid a shift to the right among the French electorate.

One of the French language’s most striking expressions is le detail qui tue, meaning “the detail that kills” – the small, devastating detail that says it all. A perfect example can be found in a 2019 Le Monde series on the vertiginous decline of France’s Parti Socialiste (PS). Acute financial difficulties had forced the once-august vehicle of the French left to sell its exquisite headquarters in central Paris and move to the suburbs. When the Le Monde journalists went to the new headquarters, it was so obscure that their Uber driver’s GPS could not find it. They eventually found the party HQ “at the far end” of a “small, anonymous courtyard that turned out to be a company’s parking lot”.

Six months ahead of the 2022 French presidential elections, the Parti Socialiste’s fortunes have not improved. PS candidate Anne Hidalgo is at just 5 percent of voting intentions, according to Politico’s polling aggregate – even less than the 6 percent drubbing PS’s Benoît Hamon got in the first round of the 2017 presidential elections.

Paris Mayor Hidalgo’s fellow leftist candidates are not faring much better. Extreme-left La France Insoumise firebrand Jean-Luc Mélenchon is at 10 percent – a far cry from the nearly 20 percent he reached in the 2017 vote. The green EELV’s Yannick Jadot is at 7 percent. Never before has the French left polled so badly at this point in the electoral cycle.

The Paris mayor chose a symbolic location for her campaign launch last month, opting for the Norman capital Rouen, where the River Seine flows down from Paris – suggesting she was building on seven years running the capital while reaching out to provincial France.

But Hidalgo’s persistently low polling shows her appeal has not travelled downstream from her Parisian fiefdom. And even there, Hidalgo has divided public opinion.

Roads have been dug up to make room for bike lanes across the French capital; cars have been banned from large stretches of highway next to the River Seine. Hidalgo now wants to completely pedestrianise the city centre.

Her environmentalist approach has gone down well among many Parisians – especially because the scorching summer of 2019, when the city’s thermometers surged to a record-breaking 42.6 degrees, brought home the terrifying, galvanising reality of climate change.

But there is doubt about her policies’ effectiveness: the number of days when Paris experienced heightened ozone levels – a telltale sign of poor air quality – trebled in Hidalgo’s first four years in office.

Hidalgo has also been accused of failing to deliver on the most basic environmental task: keeping the city clean. The hashtag #saccageparis has gone viral over recent months as Parisians have inundated the social network with photos of rubbish piled in the streets and floating in Paris’s usually idyllic river and canal.

Perhaps most damagingly for Hidalgo’s presidential aspirations, her transport policies made her the bête noire of many motorists – a risky group to antagonise in France, since the Macron government was famously rocked by the Yellow Vests protests that erupted over his 2018 petrol price hikes.

“Many in Paris – even on the left – think she’s gone too far in her war against cars,” said FRANCE 24 political commentator Angela Diffley. “And I don’t think it goes down well in the rest of France, especially after what we saw in the Yellow Vest crisis when it seemed like politicians didn’t understand how low-income voters in suburban and rural areas really depend on cars.”

“Hidalgo has three fundamental weaknesses that she has been unable to overcome,” summarised Jim Shields, a professor of French politics at Warwick University: “A Parisian image that does not travel well in the provinces; an approach to governing Paris that has been deeply divisive, especially on environmental initiatives; and, most damagingly, a failure to offer a coherent and attractive policy platform.”

The Greens have a similar problem gaining traction outside of metropolitan areas. EELV won several major cities in the June 2020 local elections, although they have fared poorly outside of big conurbations.

“Despite the illusion created by a Green surge in some cities in recent European and municipal elections, France beyond the ring-roads had never gone green,” Shields put it.

A few months after that local election surge, EELV mayors made a series of unpopular statements, including the Bordeaux mayor saying he disapproved of “dead trees”, meaning Christmas trees and the Lyon mayor lambasting the Tour de France, France’s favourite sporting event, as “polluting”. Jadot said at the time that the Tour de France comment demonstrated an “unbearable class contempt”.

“Jadot having to row back from that comment suggested he recognised that the Greens might seem out of touch with ordinary people,” Diffley said. “Not just in France but around the world there is a problem of green politics seeming disconnected from working-class people’s lives.”

The French left seems to have “abandoned the most disadvantaged social classes”, Martial Foucault, the director of Paris think-tank CEVIPOF, wrote in Le Monde last week – commenting on an Ipsos poll revealing that Jadot and Hidalgo are attracting far less support among the working class than among the managerial classes.

Mélenchon is the one leftist candidate with any significant appeal to France’s working class.

But the veteran far-left candidate has crossed the line from firebrand to conspiracist over recent years – most recently by saying in June that “in the last weeks of the presidential campaign, we’ll have a serious incident or a murder”, orchestrated to manipulate the electorate. The French presidential elections have already been “written in advance”, Mélenchon went on – suggesting that Macron is the creation of a nebulous elite cabal: “In every country in the world, they’ve invented someone like him, who comes from nowhere and who’s pushed forward by the oligarchy.”

This comes after Mélenchon’s notorious proclamation in late 2018, when police searched his home and the LFI party HQ as part of an inquiry into alleged financial impropriety. A video went viral of him shouting at the officers: “I am an MP! […] I am the Republic!”

Mélenchon now polls at around half his 2017 presidential election score. Although the LFI leader “comes into his own in campaigning”, Shields said, “Mélenchon’s taste for conspiracy theories, ready rants and aggressive anti-Europeanism go down less well among the French public at large than among his party faithful” – while he “no longer exerts a fresh and dynamic appeal, this being his third tilt at the presidency”.

Thus, even this big beast of the French left looks a long way from all-important runoff between the first round’s two best-performing candidates. Emmanuel Macron – the centrist president who pivoted to the right along with the centre ground of the French electorate – is clear first-round frontrunner at 24 percent. The battle for second place is currently between the far-right’s Marine Le Pen, far-right polemicist Éric Zemmour (who has not officially declared he is running) and traditional conservative Xavier Bertrand.

Amid their dismay about this rightward shift amongst voters, notably on issues like security and immigration, many French leftists have found hope in recent polling data suggesting that standard of living is the electorate’s biggest concern. In theory, “this should favour the left’s economically protective and redistributive agenda”, Shields noted.

But promises of socialist economic reforms have a history of turning sour in France. After taking office in 1981, the French left’s most iconic president François Mitterrand nationalised major financial and industrial firms and ramped up taxes on the rich. But unemployment rose, inflation remained rampant and the franc was devalued three times – necessitating his famous “turn to austerity” in 1983.

Similarly, François Hollande won the 2012 presidential vote on a left-wing economic programme and barely any of it was implemented. “Hollande had many of the same problems as Mitterrand,” recalled Andrew Smith, a professor of French politics at the University of Chichester. “The Eurozone crisis gave him very little room for manoeuvre and there was a sense that all these transformative plans couldn’t happen.”

Since Hollande declined to seek re-election amid humiliating poll numbers, PS has “no longer been associated with radical economic transformation”, Smith continued. At the same time, it has been “unable to muster the resources of the political centre while its opponents make most of the political weather”.

The French left has a “long way to go” before it can deal with the “rightward tilt of France on terrorism, insecurity, immigration and identity politics, where the right and far right are making all the running and where the left struggles for clear answers”, Shields concluded.