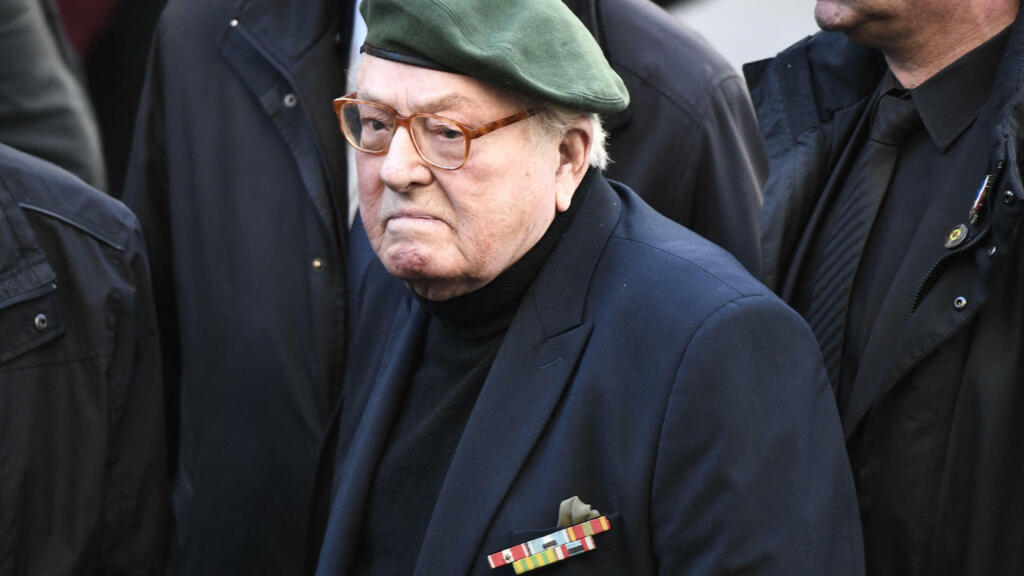 He already has a string of hate speech convictions that eventually became too much for his daughter Marine Le Pen, who expelled him from the National Front‘s leadership in 2015 in a bid to achieve mainstream respectability.

Le Pen senior, however, has continued to relish the outrage prompted by his statements regarding Jews, Muslims, black people and immigrants.

The latest trial stems from a 2014 video on the party’s website in which Le Pen railed against artists who denounced his extremist stances, including Madonna and the French tennis star-turned-singer Yannick Noah.

Asked about the French singer and actor Patrick Bruel, Le Pen referred to his Jewish origins with a pun evoking the Holocaust – “I’m not surprised. Listen, next time we’ll do a whole oven batch!”

The taunt sparked a torrent of indignation including from leaders of his own party, with Marine Le Pen criticising what she called a “political error”.

Jean-Marie claimed the comments carried no anti-Semitic connotations “except for my political enemies or imbeciles”.

He does not intend to appear in person at the trial in Paris, where he is charged with inciting anti-Semitic hatred, according to associates.

“This case is based only on part of a phrase taken out of context,” said his lawyer Frederic Joachim, who will seek to have the charge dismissed.

The trial was delayed for years while Le Pen claimed immunity from prosecution as an MEP, a seat he won in 1984 and held until 2019.

But fellow lawmakers stripped his legal protections over the case in 2016.

Le Pen, his daughter and others from the party – now rebranded the National Rally – are also facing financial misconduct charges over subsidies earmarked for paying their EU parliamentary aides.

Despite the troubles, Jean-Marie Le Pen remains a regular media presence and a lodestar for many on the far right who brush off his multiple hate speech convictions – not least his repeated insistence that the Nazi gas chambers were just a “detail” of history.

His shock success in the 2002 presidential election – getting to the run-off stage before being defeated by Jacques Chirac – sent the leftwing Socialists into the political wilderness and proved to his supporters that a rightward lurch in France was possible.

But a new conviction could complicate the bid by Marine Le Pen to take on Emmanuel Macron again for the presidency next year, especially after the National Rally failed to take control of any French region in elections last June.