France moves to shield local bookstores from Amazon with law... 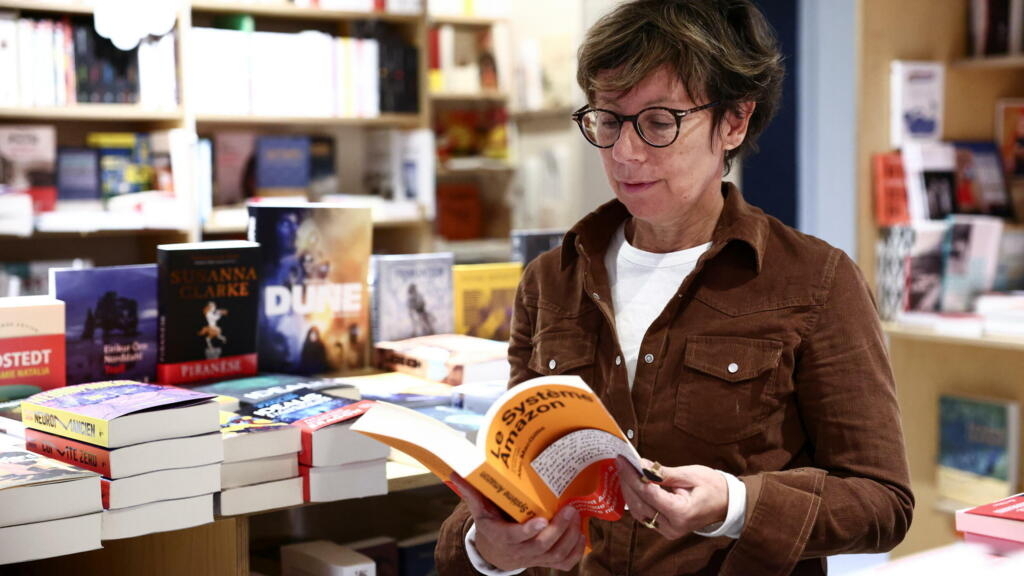 Sophie Fornairon’s independent bookshop has survived the rise of Amazon thanks to a French law that prohibits price discounting on new books, but she says the e-commerce giant’s ability to undercut on shipping still skews the market against stores like hers.

Fornairon, who owns the Canal Bookstore in central Paris, now hopes that new legislation that would set a minimum price for book deliveries will even the contest further in the battle of neighbourhood stores against Amazon.

“It’s a just return towards a level playing field,” Fornairon, who employs four workers, said. “We’re not at risk of closing down any time soon, but Amazon is a constant battle”.

Amazon said the legislation, adopted by parliament but not yet enacted, would punish those in rural areas who cannot easily visit a bookstore and rely on delivery.

“Imposing a minimum shipping cost for books would weigh on the purchasing power of consumers,” Amazon told Reuters in a statement.

That is an undesirable consequence government officials are wary of at a time President Emmanuel Macron administration is scrambling to head off growing discontent over rising energy prices six months from an election.

In the country of Victor Hugo and Simone de Beauvoir, where local bookshops are held with special affection — they were deemed ‘essential businesses’ during latter COVID lockdowns — the move is the latest by the state to shield national culture against big tech firms.

More than 20% of the 435 million books sold in France in 2019 were bought online and the market share of France’s 3,300 independent bookstores has been slowly declining because of competition from online retailers like Amazon, Fnac and Leclerc.

Support from Macron helped push the legislation, which does not target Amazon by name, over the line. The minimum fee still has to be negotiated with the regulator.

Amazon’s pricing strategy had resulted in the growing market share of a single operator, the Ministry of Culture said.

“This law is necessary to regulate the distorted competition within online book sales and prevent the inevitable monopoly that will emerge if the status quo persists,” the ministry told Reuters.

Centre-right Senator Laure Darcos, who drafted the law, decided upon the minimum delivery charge when she observed how bookstores maintained 70% of their business despite being forced to shut during early COVID lockdowns, because the government reimbursed the shipping fees.

“It showed what a brake on business the postage costs are for local bookstores,” Darcos said.

Amazon had lobbied hard against the legislation, worried the French move might set a precedent, the senator said.

France’s bookstores are concentrated in towns and cities. Amazon said online sales of books had enabled consumers to have equal access, regardless of where they lived.

Virtually-free delivery allowed book lovers in rural areas to buy books at the same price as someone who could walk into a bookstore — precisely the spirit of the 1981 law, it said.

Asked when the legislation would be enacted, the Ministry of Culture declined to give a date, saying it was too early to say.

For Fornairon, the bookshop owner, the steady stream of U.S. tourists through her door were a constant reminder of the shield French legislation had already wrapped around stores likes hers.

“They say to me ‘we didn’t even know independent bookstores still existed’,” she said.