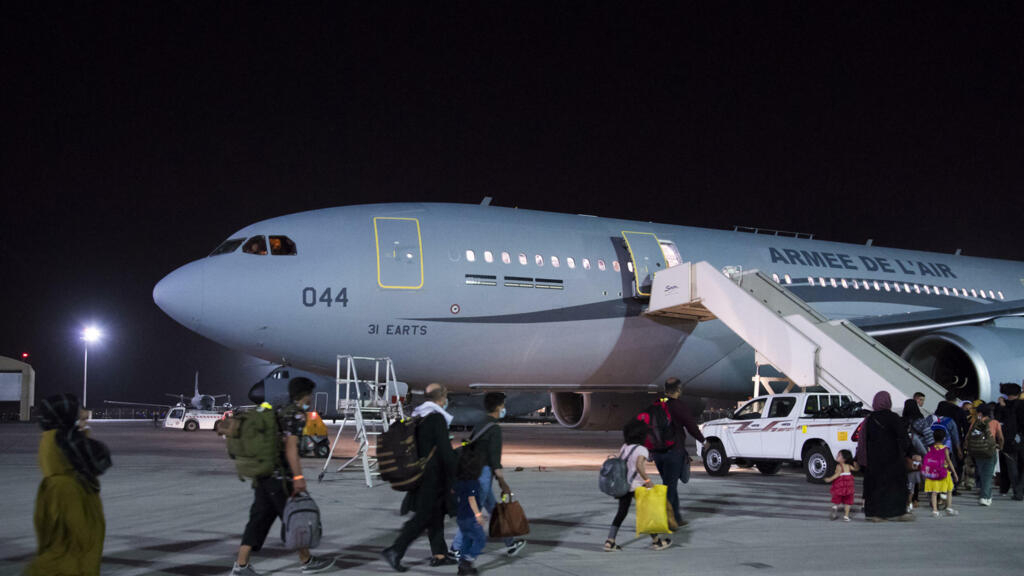 The airlift had to be stopped because “the security conditions were no longer being met at the airport”, French Foreign Minister Jean-Yves Le Drian and Defence Minister Florence Parly said in the wake of Thursday’s attack, which killed scores of Afghan civilians and 13 US troops.

In a statement, the ministers blamed the lack of security on the “rapid disengagement of the American forces”.

Separately, Parly tweeted that the French forces had managed to fly around 3,000 people out of Afghanistan before their airlift operation was halted.

“In less than two weeks, the French military has brought some 3,000 people to safety, including more than 2,600 Afghans,” she tweeted.


The French embassy team in Kabul has reached Abu Dhabi and from there will fly home to France, the ministers said.

France has called for setting up humanitarian operations to assist the thousands of Afghan nationals who failed to get a flight out to leave by other means.

A French delegation met Thursday with Taliban representatives with the talks centring on the situation at the Kabul airport and the airlift operations, the ministers said.

British troops will end their evacuation of civilians from Afghanistan on Saturday and many hundreds of Afghans entitled to resettlement in Britain are likely to be left behind, armed forces chief General Nick Carter said.

British defence minister Ben Wallace said on Friday that the country was entering the final hours of its evacuation and would process only people who were already inside Kabul airport.

“We have some civilian flights to take out, but it is very few now,” Carter told the BBC. “We’re reaching the end of the evacuation, which will take place during the course of today. And then it will be necessary to bring our troops out on the remaining aircraft.”

Britain’s defence ministry said late on Friday that it had evacuated more than 14,500 Afghan and British nationals in the two weeks since the Taliban took control of the country.

Wallace said on Friday that he estimated between 800 and 1,100 Afghans who had worked with Britain and were eligible to leave the country would not make it through, and Carter estimated the total would be in the “high hundreds”.

Many Afghans unable to leave judged it was too dangerous to travel to Kabul airport, Carter said.

“People like me … we are forever receiving messages and texts from our Afghan friends that are very distressing. We’re living this in the most painful way,” he added.