France and Russia make a stand over which country will... 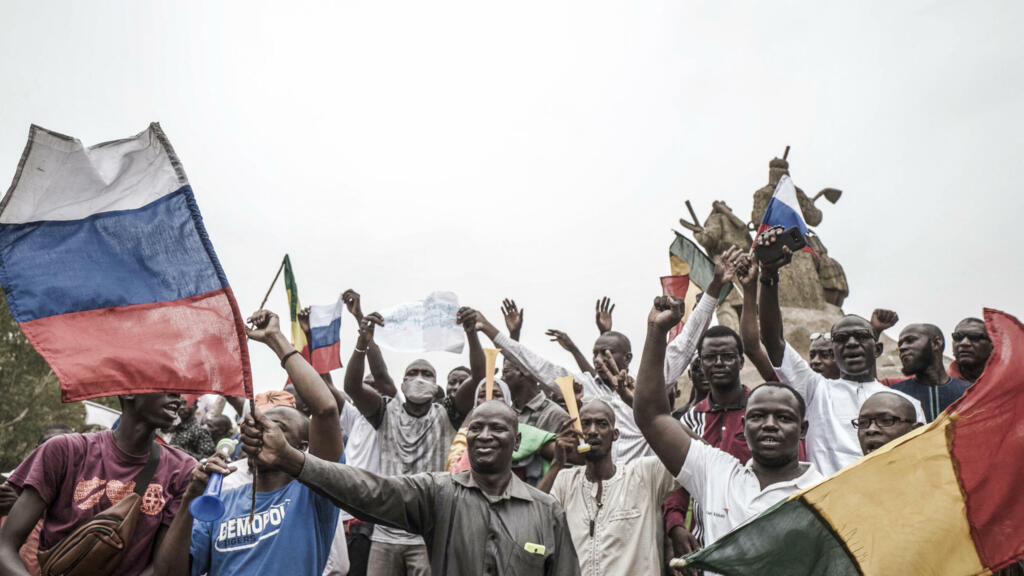 According to reports, the Malian junta and Wagner, a militia with close ties to the Russian President Vladimir Putin, are nearing a deal that would send mercenaries to train Malian troops and provide security for high-ranking officials. Understandably, France is less than happy with the situation.

The presence of Russian paramilitaries in the country is “absolutely irreconcilable” with that of French troops, said France’s foreign minister Jean-Yves Le Drian, reacting on September 15 to the news of the possible agreement between Mali and the Russian private security firm Wagner.

The forging of new ties between Russia and Mali is a reminder of the close diplomatic relations between the two countries during the Soviet era.

Moscow ‘a long-held dream in Mali’

On October 23, 2019, 43 African heads of state gathered in Sochi for a Russia-Africa Summit, which President Putin planned to use as an opportunity to renew Russia’s presence on the African continent. The then-President of Mali, Ibrahim Boubacar Keita, launched a charm offensive, telling Putin, “We need to see proof of your friendship in a sector that everyone knows you are the champion of: the fight against terrorism. You said yourself that you are qualified in this domain, President Putin. We need this expertise now.”

Mali has been battling an insurgency in the country since 2012. In recent years, the security situation has deteriorated even further, despite France’s anti-terrorist military operation in the Sahel, Operation Barkhane.

Every now and then, there are public demonstrations calling on French troops to leave – with protesters sometimes in favour of Russian military intervention instead.

“There’s a long-held dream in Mali, currently propounded by so-called patriots, of seeing the country break off ties with France and cooperate instead with Moscow,” explains Niagalé Bagayoko, a political scientist and an expert on security in French-speaking Africa. “This dream harks back to a fantasy of the relationship the country used to have with the USSR and the Soviet bloc, particularly in terms of military cooperation. That relationship was nurtured by the then-President Modibo Keïta and then continued by his successor Moussa Traoré. France is also guilty of spreading this idea, constantly saying that Russia is trying to muscle in and take its place.”

At the start of the 1960s, which marked the end of the colonial era for many African countries, the USSR began its strategy of forging alliances in Africa. The Soviet bloc found itself an ideal ally in the form of the first Malian president, Modibo Keïta: a socialist keen to cut ties with its old colonial power. The USSR took up the search for mineral resources – hitherto led by France – and started to funnel equipment into the country and carry out military training.

“The USSR, with its enormous, resource-rich territory, had little economic interest in Africa. Any investment in the continent had the primary aim of using Africa as a political instrument in the context of the Cold War with the West,” explains Anastasiya Shapochkina, a professor at Sciences Po University in Paris and a specialist on Russia. The USSR’s investments in Mali, as in other African countries, were a loss-making enterprise for the Soviets.

The Russians are back

After the fall of the Soviet Union in 1991, Russia was in financial ruin. During the decade that followed, it refocused its energies on its immediate sphere of influence: former Soviet countries. It was only in 2012, when Mali began its war with Islamist terrorists that had taken control of the north of the country, that Bamako started to re-establish military ties with Moscow.

The government first of all signed an agreement with the Russian arms exporter Rosoboronexport to buy 3,000 Kalashnikov guns for over a million euros, according to BBC Africa. Bamako wanted to update Russian military equipment it had acquired during the Soviet years and as a result negotiated new deals with Moscow.

In 2016, after Russia’s Deputy Minister of Foreign Affairs Mikhaïl Bogdanov’s visit to Mali, Moscow gifted two helicopters to the Malian army, adding that “other equipment will follow”.

In June 2019, President Ibrahim Boubacar Keïta signed a military defence pact with Russia. “The intensification of military ties is in the interest of our two countries,” announced Sergueï Choïgou, Russia’s defence minister, saying that Moscow wanted to help to create “conditions for durable peace and stability”.

France, meanwhile, was watching these renewed ties with apprehension, but chose not to wade in. French President Emmanuel Macron said that Russia was no longer an “enemy”, and the priority was fighting against international terrorism.

Until now. The involvement of Russian mercenaries is a red line for France’s foreign ministry. “Wagner is a militia that has shown itself in the past in Syria and Central African Republic to have carried out abuses and all sorts of violations that do not lead to any solution,” said Jean-Yves Le Drian, hinting at a possible withdrawal of all French troops from Mali.

“In my opinion, this reaction indicates a sense of power that is more concerned with controlling its territory than with the fight against terrorism,” Niagalé Bagayoko told FRANCE 24. “On the side of the Malian junta, however, it’s a master stroke, allowing it to appease public opinion while also affirming its own independence. In this context, where France is planning a gradual military withdrawal anyway, Mali is playing France and Russia off against each other to raise the stakes. That said, I think this strategy does have its limits because Russia has nothing to gain by going to fight terrorists in the Sahel.”

Anastasiya Shapochkina agreed. “Despite all the political rhetoric, Africa is a marginal partner for Russia and Putin has no desire to make the same past mistakes. By sending a militia to French-speaking Africa, he above all wants to send a message to France not to meddle in its domestic affairs. That’s why Russia is using a group like Wagner, which is controlled by the Kremlin but has no traceable ties to the authorities. The West is quite right to be suspicious of Wagner, because it’s a mafia motivated solely by money and which has a questionable track record in the fight against terrorism.”

Russia has responded to the furore by choosing its words carefully.

“There is no representative from the Russian armed forces there, and no official negotiation currently under way,” Dmitri Peskov, a spokesperson for President Putin, told journalists on September 16.

France has since begun a diplomatic offensive with Malian authorities and has softened its position.

“Our priority is to be able to continue the fight against terrorism and we hope that the conditions in which we began the campaign won’t be different in the future,” the French Minister of Defence Florence Parly said.

This article has been adapted from the original in French.