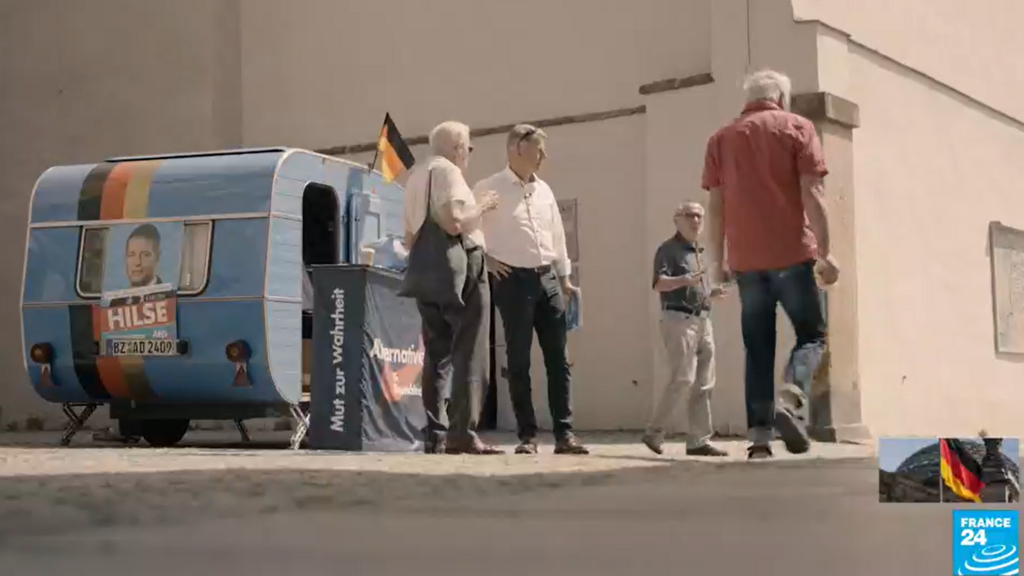 As Germany prepares to vote in the September 26 general elections, the far-right Alternative for Germany (AfD) is staging a comeback with an anti-vax, anti-mask agenda. FRANCE 24 reports from Bautzen in eastern Germany, which recorded the country’s highest ever Covid infection rate and where the AfD performed best at the last election.

The AfD caused a sensation in Germany’s last election in 2017 when it secured almost 13 percent of the vote. But the anti-Islam, anti-mask party has lagged in the polls as Germany reels from the Covid-19 pandemic.

The party is now trying to stage a comeback ahead of Sunday’s elections by opposing measures like vaccination and mandatory face masks.

Although this stance is a minority concern amongst the German electorate at large, many voters in the eastern German town of Bautzen are anti-mask – despite the town recording Germany’s highest ever Covid infection rate in December 2020.

“I don’t know of anyone who’s died from Covid,” said one resident. “But I do know lots of people who were really sick or even died after getting vaccinated.”

The local MP, the AfD’s Karsten Hilse, won 37 percent of the vote in this constituency at the last election in 2017 – the extreme-right party’s highest score in the country. He stands a good chance of being re-elected on the party’s anti-mask, anti-vax platform.

“The incidence rate has been manipulated to scare the population,” Hilse said. “It’s unbearable to see what they’ll do to make people panic.”

Around 1,000 people in the area have died from Covid, which makes the AfD’s approach even more worrying, said Claus Gruhl, the administrator of a local parish and Green Party councilor: “A party which denies the reality of the pandemic and encourages people to reject vaccines is something I consider to be really dangerous.”

Click on the video player above to watch FRANCE 24’s report.