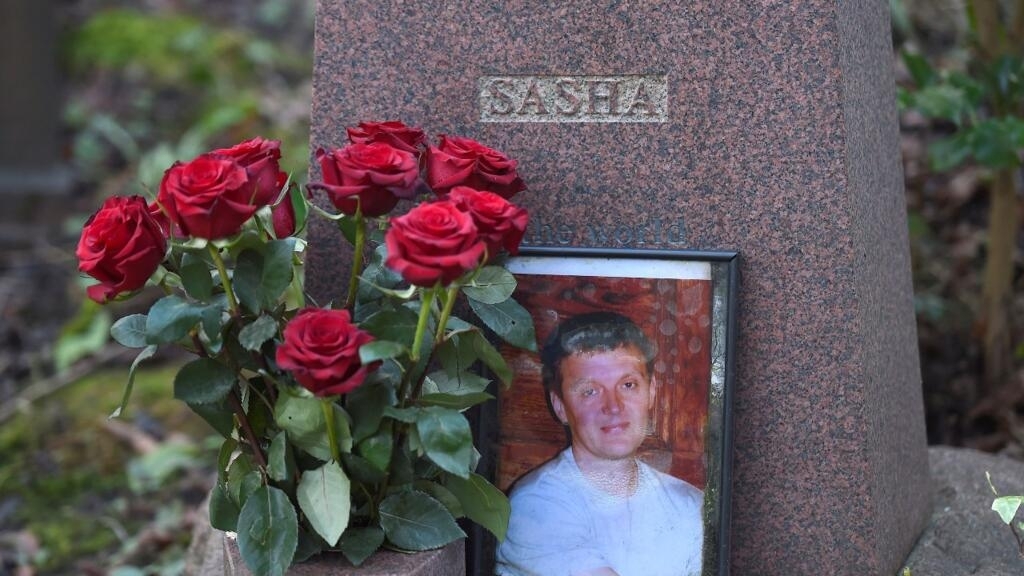 The European Court of Human Rights found on Tuesday that Russia was responsible for the assassination of ex-KGB officer Alexander Litvinenko, who died an agonising death in 2006 after being poisoned in London with a rare radioactive substance.

Litvinenko, a defector who had become a vocal critic of the Kremlin, died three weeks after drinking green tea laced with polonium-210 at a plush London hotel.

Britain has long blamed the attack on Moscow, and the European court in Strasbourg, France, agreed, saying that “Mr Litvinenko’s assassination was imputable to Russia“, its statement said.

The Kremlin on Tuesday dismissed the ECHR’s conclusion that Russia was responsible for Litvinenko’s killing.

“There are still no results from this investigation, so making statements like this is, at a minimum, unfounded,” Kremlin spokesman Dmitry Peskov told journalists, adding that: “We are not prepared to accept these decisions”.

Peskov told reporters the ECHR was unlikely to have “the power or technical capability to have information on this subject.”

The image of Litvinenko, 43, lying on his bed at London’s University College Hospital, yellow, gaunt and with hair fallen out, was emblazoned across British and other Western newspapers.

From his deathbed, Litvinenko told detectives he believed President Vladimir Putin – a former KGB spy who went on to head the contemporary FSB before rising to become Russia’s leader – had directly ordered his killing.

The use of a rare radioactive isotope on the streets of London, apparently to settle scores, plunged Anglo-Russian relations and Western mistrust of the Kremlin to what was then a post-Cold War low.

A British inquiry concluded in 2016 that Putin had probably approved a Russian intelligence operation to murder Litvinenko.

Moscow and the men Britain accused of carrying out the murder have always denied any involvement.

Polonium contamination was found in the teapot and the hotel bar, and traces of the highly radioactive substance were left across London – in offices, hotels, planes and Arsenal football club’s Emirates Stadium.

But with the main suspects out of reach in Russia, Britain has been unable to pursue criminal proceedings.

The British inquiry found that former KGB bodyguard Andrei Lugovoy and another Russian, Dmitry Kovtun, carried out the killing as part of an operation probably directed by Russia’s Federal Security Service (FSB), the main successor to the Soviet-era KGB.

The ECHR agreed. Both men have always denied involvement.

“The court found it established, beyond reasonable doubt, that the assassination had been carried out by Mr Lugovoy and Mr Kovtun,” the ruling said.

“The planned and complex operation involving the procurement of a rare deadly poison, the travel arrangements for the pair, and repeated and sustained attempts to administer the poison indicated that Mr Litvinenko had been the target of the operation.”

It too concluded that the Russian state was to blame and that, had the men been carrying out a “rogue operation”, Moscow would have the information to prove it.

“However, the government had made no serious attempt to provide such information or to counter the findings of the UK authorities,” the ruling said.

Lugovoy, who currently serves as a member of parliament, told Reuters on Tuesday that the ruling was politically-motivated.

“I think this decision is absolutely politically motivated,” Lugovoy told Reuters in an audio message shared by his assistant. “I am very sceptical about it. I think it is extremely idiotic and damaging to the reputation of the European Court of Human Rights.”

A Russian judge sitting on the ruling panel, Dmitry Dedov, disagreed with his six colleagues on the court’s main finding.

“I found many deficiencies in the analysis by the British inquiry and by the Court which raise reasonable doubts as to the involvement of the suspects in the poisoning and whether they were acting as agents of the State,” he said.

The judge who oversaw the British inquiry said there were several reasons why the Russian state would have wanted to kill Litvinenko, who was granted British citizenship a month before his death on November 23, 2006.

The ex-spy was regarded as having betrayed the FSB by accusing it of carrying out apartment block bombings in Russia in 1999 that killed more than 200 people, which the Kremlin blamed on Chechen rebels.

He was also close to other leading Russian dissidents and had accused Putin’s administration of collusion with organised crime. The judge said the FSB also had information that he had started working for Britain’s foreign intelligence agency, MI6.