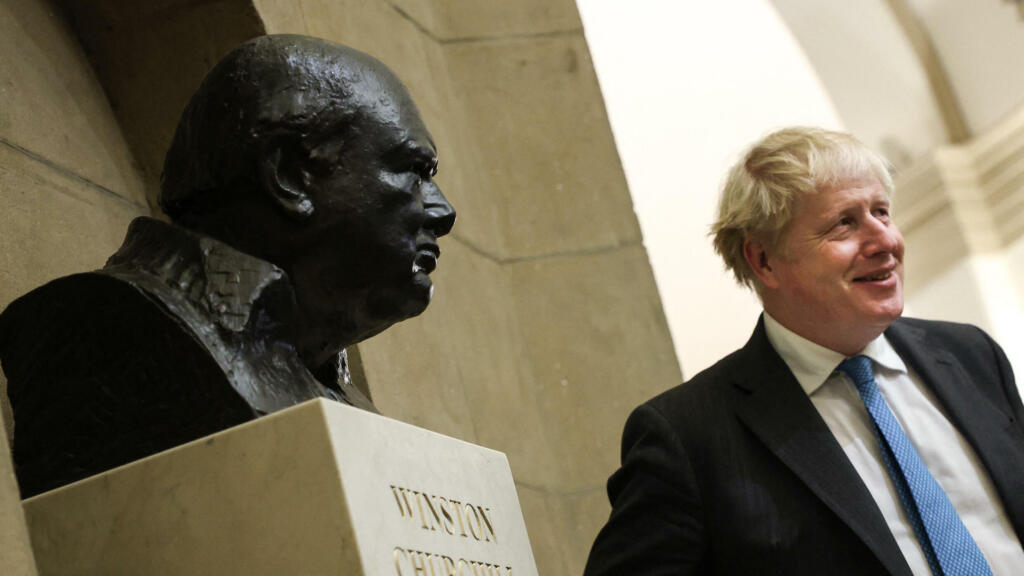 British Prime Minister Boris Johnson told France on Wednesday to “prenez un grip” (get a grip) and “donnez-moi un break” over a submarine deal row that saw Australia tear up a French contract for a trilateral nuclear-powered submarine deal between Australia, the US and the UK.

Johnson’s comments came as French President Emmanuel Macron is expected to speak to his US counterpart, Joe Biden, by telephone in a bid to calm tensions following Australia’s scrapping of a $66 billion (€56bn) French-designed submarine deal.

France is outraged that its ally Australia negotiated with fellow NATO members, the US and UK, in secret without informing Paris until a few hours before the announcement.

Speaking to reporters in Washington, D.C. a day after he met Biden, Johnson dismissed France’s ire: “I just think it’s time for some of our dearest friends around the world to ‘prenez un grip’ about all this, ‘donnez-moi un break’, because this is fundamentally a great step forward for global security.”

He was translating the English phrases “get a grip” and “give me a break” literally into French.

“It is not trying to shoulder anybody out, it is not adversarial towards China, for instance, it is there to intensify links and friendship between three countries,” he said.

Paris last week recalled its ambassadors from the US and Australia, but it has snubbed Britain.

French Foreign Minister Jean-Yves Le Drian said Britain was a “third wheel” in the deal that was guilty of “constant opportunism”.

‘Going back on a commitment’ not a problem for Johnson

“We should have notified the French properly, we should have then recommissioned a tender for a new replacement nuclear-powered submarine project and, thirdly, there are only three countries that can build these things – France, UK & US – it should have been a competitive tender for them,” said Rudd.

Johnson’s quips are likely to further fuel Paris’s anger, according to diplomatic sources. “‘Global Britain’, it seems, is aimed at projecting Britain around the world, while marginalising Europe. We can’t accept that,” a French diplomatic source told Reuters, referring to a slogan used by Johnson to describe the UK’s ambitions following Brexit.

Britain’s role in pushing the new partnership appears to have been larger than initially thought, officials have said, with the deal taking shape during a summit of G7 leaders in Cornwall in June that Macron also attended.

“It’s true that going back on a commitment made and the word he gave is something that Boris Johnson finds hard to see why that would be a problem,” Nathalie Loiseau, former French Europe minister and European lawmaker, said on Twitter.

“This is the whole problem, however, when one claims to want an international order based on rules and relationships based on trust.”

France on Monday cancelled a meeting set for this week between its Defence Minister Florence Parly and her British counterpart Ben Wallace.