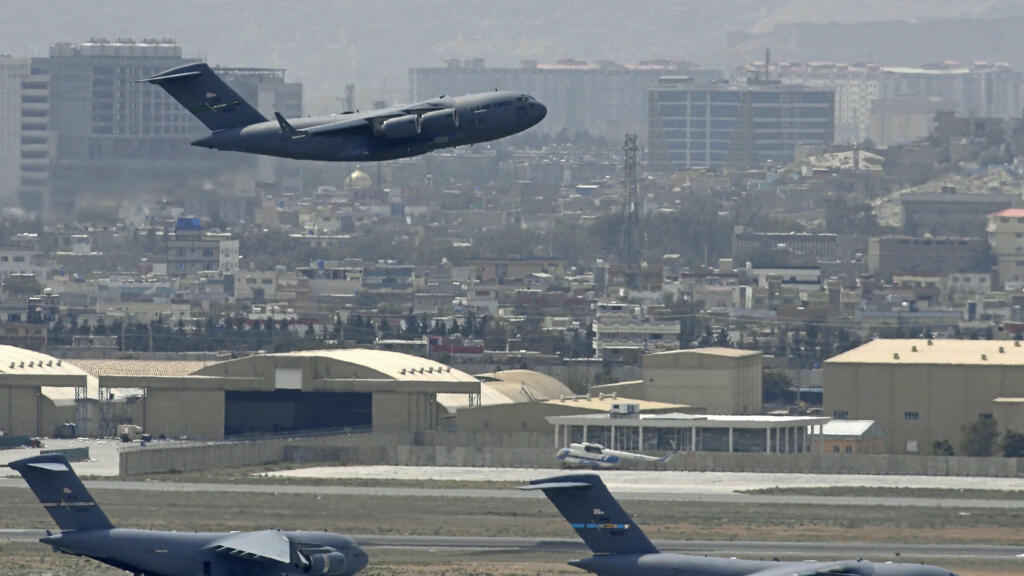 The United States flew its core diplomats out of Afghanistan on Monday, part of the largest air evacuation in history that saw the transfer of 114,000 US citizens and Afghans from the country. The last U.S. troops are due to leave Kabul by Tuesday.

U.S. anti-missile defences intercepted rockets fired at Kabul’s airport early on Monday, as the United States flew its core diplomats out of Afghanistan in the final hours of its chaotic withdrawal.

The last U.S. troops are due to pull out of Kabul by Tuesday, after they and their allies mounted the biggest air evacuation in history, bringing out 114,000 of their own citizens and Afghans who helped them over 20 years of war.

Two U.S. officials said the “core” diplomatic staff had withdrawn by Monday morning. They did not say whether this included top envoy Ross Wilson, expected to be among the last to leave before the final troops themselves.

A U.S. official said initial reports did not indicate any U.S. casualties from as many as five missiles fired on the airport. Islamic State – enemies of both the West and the Taliban – claimed responsibility for the rocket attacks.

The rockets followed a massive Islamic State suicide bombing outside the teeming airport gates on Thursday, which killed scores of Afghans and 13 U.S. troops.

In recent days Washington has warned of more attacks, while carrying out two air strikes. It said both hit Islamic State targets, including one on Sunday it said thwarted an attempted suicide bombing by blowing up a car packed with explosives in Kabul, but which Afghans said had struck civilians.

Tuesday’s deadline for all troops to leave was ordered by President Joe Biden, fulfilling an agreement reached with the Taliban by his predecessor Donald Trump to end Washington’s longest war.

But having failed to anticipate that the Taliban would so quickly conquer the country, Washington and its NATO allies were forced into a hasty evacuation. They will leave behind thousands of Afghans who helped Western countries and might have qualified for evacuation but did not make it out in time.

The Taliban, who carried out public executions and banned girls and women from school or work when last in power 20 years ago, have said they will safeguard rights and not pursue vendettas. They say once the Americans leave, the country will at last be at peace for the first time in more than 40 years.

But countless Afghans, especially in the cities, fear for their futures. And the United Nations said the entire country now faces a dire humanitarian crisis, cut off from foreign aid amid a drought, mass displacement and COVID-19.

“The evacuation effort has undoubtedly saved tens of thousands of lives, and these efforts are praiseworthy,” said UN refugee chief Filippo Grandi.

“But when the airlift and the media frenzy are over, the overwhelming majority of Afghans, some 39 million, will remain inside Afghanistan. They need us – governments, humanitarians, ordinary citizens – to stay with them and stay the course.”

A Pakistani plane flew 12.5 tonnes of World Health Organization medical supplies on Monday to the northern city of Mazar-i-Sharif, the global health body’s first shipment to reach Afghanistan since the Taliban takeover. The emergency and trauma kits would be distributed to hospitals across the country, said the WHO, which had warned on Friday that Afghanistan’s medical supplies would run out within days.

Outside the airport in Kabul, people described themselves as foresaken by the departing foreign troops.

“We are in danger,” said one woman. “They must show us a way to be saved. We must leave Afghanistan or they must provide a safe place for us.”

Afghan media said Monday’s rocket attack was launched from the back of a vehicle. The Pajhwok news agency said several rockets struck different parts of the Afghan capital.

“People are terrified and worried about the future, worried that the rocket launching might continue,” said Farogh Danish, a Kabul resident near the wreckage of the car from which the rockets were launched.

On Sunday, Pentagon officials said a U.S. drone strike killed an Islamic State suicide car bomber preparing to attack the airport. The Taliban condemned the strike and said seven people died. The New York Times quoted family members as saying it killed 10 people, including seven children, an aid worker for an American charity and a contractor with the U.S. military.

U.S. Central Command said it was investigating reports that civilians were killed.

“We know there were substantial and powerful subsequent explosions resulting from the destruction of the vehicle, indicating a large amount of explosive material inside that may have caused additional casualties,” it said.

Two U.S. officials told Reuters evacuations would continue on Monday, prioritising people deemed at extreme risk. Other countries have also put in last-minute requests to bring out people in that category, the officials said.

Biden attended a ceremony on Sunday at Dover Air Force Base in Delaware to honour members of the U.S. military killed in Thursday’s suicide bombing, the deadliest incident for U.S.  troops in Afghanistan in more than a decade.

As the flag-draped transfer caskets carrying the remains emerged from a military plane, the president, who has vowed to avenge the Islamic State attack, shut his eyes and tilted his head back.

Five of the fallen service members were just 20, as old as the war itself.

The departure of the last troops will end the U.S.-led military intervention in Afghanistan that began in late 2001, after the al Qaeda Sept. 11 attacks on the United States.

U.S.-backed forces ousted a Taliban government that had provided safe haven for al Qaeda leader Osama bin Laden and have engaged in a counter-insurgency war against the Islamist militants for the past two decades.