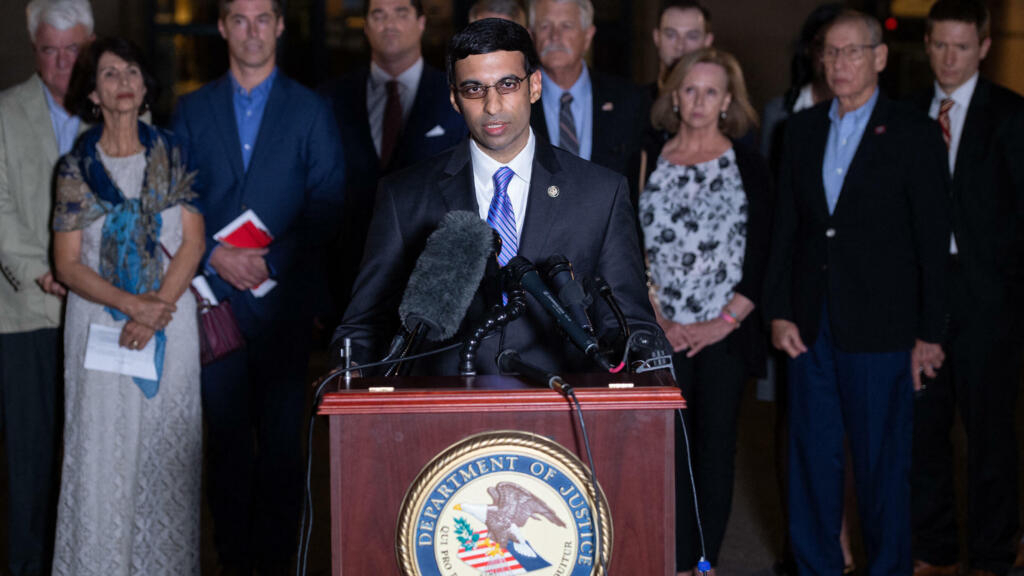 Alexanda Kotey, a member of the notorious Islamic State kidnapping cell dubbed the “Beatles,” pleaded guilty Thursday in a US court to charges of conspiring to murder four American hostages.

The federal court in Alexandria, Virginia outside Washington had posted a notice this week for a “change of plea” hearing for Kotey, a former British national and one of two kidnap cell members brought to the United States for trial.

Kotey, 37, and El Shafee Elsheikh, 33, were flown from Iraq in October to face trial for involvement in the murders of American journalists James Foley and Steven Sotloff and relief workers Peter Kassig and Kayla Mueller.

After the two suspects were captured in January 2018 by Syrian Kurdish forces in Syria, they were turned over to US forces in Iraq.

Britain, which initially did not want to put them on trial at home, stripped them of their UK nationality.

But their transfer to the United States was made possible only after the US authorities assured London they would not seek the death penalty in the case.

Appearing from prison before Judge TS Ellis by video link on October 9, both pleaded not guilty.

But on Thursday, Kotey appeared in person and answered “yes” when Ellis asked him, “Are you pleading guilty freely and willingly and voluntarily because you’re in fact guilty of these charges?”

In pleading guilty, Kotey entered into an agreement to provide all information in his possession about his actions in Syria — not limited to what is in the indictment — to the US government, as well as to any foreign government that requests it.

Under the agreement, he will serve 15 years in jail in the United States and then will be extradited to the United Kingdom, where he also faces charges of kidnapping and murdering hostages.

By admitting his guilt, he waived his right to a trial and faces several life sentences without the right to early release.

The families of the four American victims were present in the courtroom. Prosecutor Dennis Fitzpatrick said they had agreed with the change in defense strategy.

Kotey and Elsheikh’s four-member IS cell was dubbed the “Beatles” by their captives due to their British accents.

They were allegedly involved in abducting American, European and Japanese hostages in Syria from 2012 to 2015.

They allegedly tortured and killed their victims, including by beheading, and IS released videos of the murders for propaganda purposes.

Alleged ringleader Mohamed Emwazi, known as “Jihadi John,” was killed in a US airstrike in Syria in November 2015, while the fourth “Beatle,” Aine Davis, is imprisoned in Turkey after being convicted on terrorism charges.

Kotey and Elsheikh supervised detention facilities for hostages and allegedly coordinated ransom negotiations conducted by email, according to the US authorities.

The pair also engaged in a “prolonged pattern of physical and psychological violence against hostages,” they said.

A US special forces raid that resulted in the death of Islamic State group leader Abu Bakr al-Baghdadi in Syria in 2019 was code-named Task Force 8-14, in reference to the birthday of the young aid worker Mueller.

She was working with the Danish Refugee Council when she was abducted in northern Syria in 2013.

Mueller’s parents say she was tortured before being handed over to Baghdadi, who allegedly raped her repeatedly before killing her.