Biden says the only choice in Afghanistan was ‘leaving or... 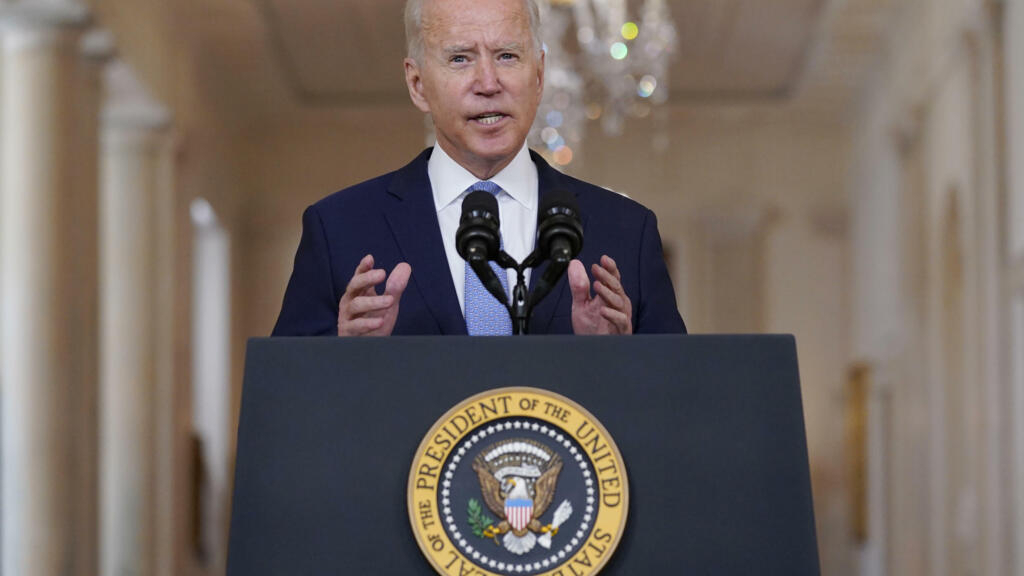 The choice for the United States in Afghanistan was either to withdraw from the country or escalate the conflict, President Joe Biden said Tuesday in his first public remarks since the US completed its military withdrawal from the country.

“That was the choice: between leaving or escalating. I was not going to extend this forever war, and I was not extending a forever exit,” Biden said.

Biden said the decision to end the US role in Afghanistan was also about ending an era of military operations aimed at rebuilding other countries.

Ending the last military intervention to arise from the 9/11 attacks was one of Joe Biden’s biggest campaign promises coming into office, and the idea was overwhelmingly popular.

Following more than 2,400 US military deaths, thousands wounded and an estimated $2.3 trillion spent on an endeavour that began in victory over the Taliban only to end with those same insurgents sweeping back to power, Americans had lost interest in remaining entrenched in a “forever war” in Afghanistan.

The departure on Monday culminated in a solitary airplane lifting off at one minute to midnight local time in Kabul with the last troops and diplomats being brought home.

After two weeks of air lifts that saw more than 120,000 people – most of them Afghan allies – evacuated, the Pentagon made the final announcement that US military operations had ended late on Monday.

But the titanic effort was marred by an August 26 suicide bombing that killed more than 160 Afghans and 13 US service members.

Biden has stern words Tuesday for the group behind the bombing, Isis-Khorasan.

“We all maintain the fight against terrorism in Afghanistan and other countries,” Biden said.

“And to ISIS-K: We are not done with you yet,” he said, using another acronym for the Afghan offshoot of the Islamic State jihadist group.

While leaving Afghanistan was certainly popular, the chaos of the exit shocked many Americans.

It began with the sudden collapse of the US-installed Afghan military, allowing the Taliban to fan out across the country virtually unimpeded.

Between 100 and 200 American citizens are said to have been stranded, unable to reach the airport. The Biden administration has said they will continue to try to help those still looking to leave.