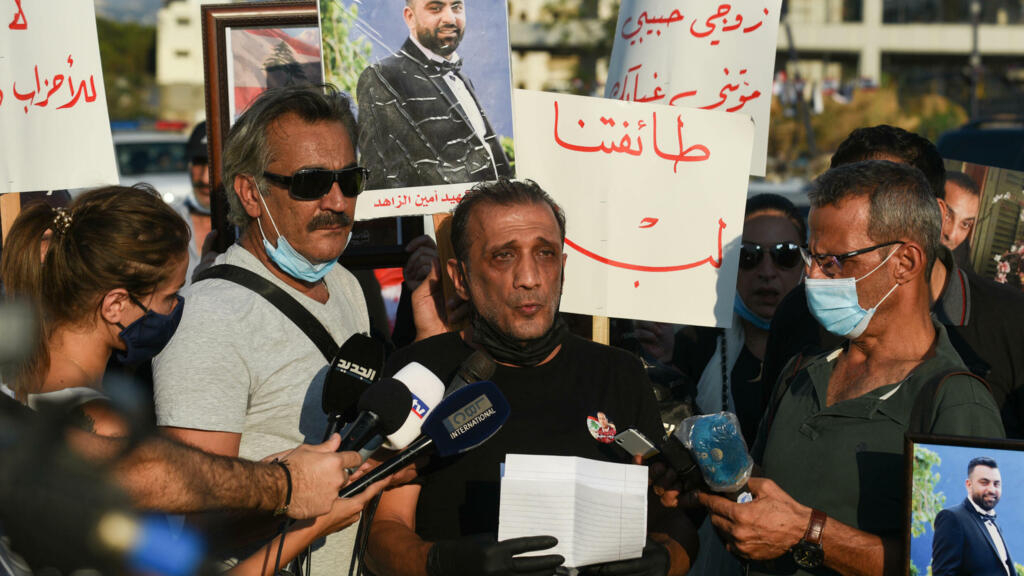 The spokesman for relatives of those killed in last year’s Beirut port blast quit on Saturday, following fears he had been intimidated into urging the dismissal of the lead investigator in the case.

Shiite movement Hezbollah and allies have accused judge Tarek Bitar of political bias in his probe into the August 4, 2020 explosion that killed more than 210 people.

Tensions came to a boil Thursday when seven people were killed in violence following a rally organised by Hezbollah and its ally Amal demanding Bitar’s dismissal.

In a complete U-turn from his previous support for the investigator, Ibrahim Hoteit, a spokesman for the families of the victims, called in a video circulated Friday night for the judge to step down.

Many social media users worried that Hoteit, whose brother was killed in the port explosion, had been threatened.

In the video, he is seen glancing off camera as he speaks, in what some charge could be a sign of him speaking under duress.

But Hoteit told AFP he had spoken only for himself and denied having recorded the video under any pressure.

“The only pressure I came under were the events of Thursday and the fear of sliding into civil war,” he said.

“I therefore decided to step down as spokesman” for the families.

Other victims’ relatives, who still support Bitar, said in a statement: “This position… does not represent us at all.”

William Noun, whose firefighter brother died in the blast, told AFP that he remained firm in his support and that Hoteit “was without doubt pressured”.

Lina Khatib, a senior analyst at the Chatham House think-tank, said the video was “alarming because it is a sudden 180-degree turn from earlier statements… in support of the port probe”.

“In the video he appears to be under duress,” she said, and the wording of the statement was unlike his usual language.

“All this suggests that Hoteit issued the video statement because he felt pressured to do so.”

But the latest court rulings have allowed him to resume the probe, which has been suspended multiple times.

Bitar’s predecessor, Fadi Sawan, was removed by a court in February.