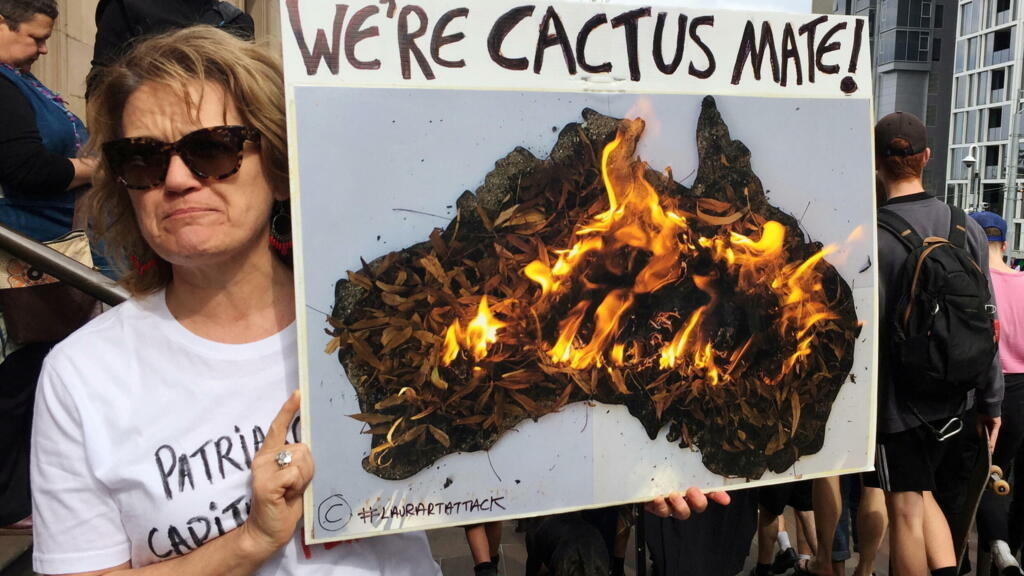 Widely seen as a climate laggard, Australia is one of the world’s largest coal and gas exporters and its conservative government has resisted climate action for most of its eight-year term.

Announcing the shift, Prime Minister Scott Morrison said Australians wanted a strategy that “does the right thing on climate change and secures their future in a changing world”.

However, he refused to strengthen 2030 emissions reduction targets seen as crucial for meaningful climate change action, while vowing to work to keep mines operating for as long as possible.

“We want our heavy industries, like mining, to stay open, remain competitive and adapt, so they remain viable for as long as global demand allows,” he wrote in an opinion article released by his office.

Australia has previously agreed to reduce greenhouse gas emissions 26-28 percent on 2005 levels by 2030, a target Morrison has claimed the country will “meet and beat”.

“We won’t be lectured by others who do not understand Australia,” he wrote.

“We will also not be breaking the pledge we made at the last election by changing our 2030 emission reductions targets.”

Australia’s reluctance to act had been criticised by close allies such as the United States and Britain, as well as Pacific island neighbours that are highly vulnerable to the impacts of climate change.

The coalition government also found itself increasingly out of step with Australians’ attitudes as they suffered a series of climate-worsened droughts, bushfires and floods.

A 2021 poll by the Lowy Institute think tank found 78 percent of Australians back a 2050 net zero target, while 63 percent support a national ban on new coal mines.

Mark Kenny, a professor at the Australian Studies Institute in Canberra, said domestic and international pressures had made it “more and more unviable for the coalition to cling to its essentially denialist position”.

But Kenny warned Australia’s announcement amounted to little more than a shift in rhetoric for the resource-reliant nation.

“This commitment is not significant in reality. I think if the world takes this seriously, they have been sold a pup,” he told AFP.

Morrison, whose government routinely approves new coal projects, did not reveal details of the plan.

Nor did he detail what concessions had been made to the government’s junior coalition partner — long dominated by climate sceptics and pro-coal interests — after weeks of tense internal negotiations.

But he said Australia would pursue a “technology not taxes” strategy, which aims to protect carbon-heavy industries and keep power bills down while transitioning to green energy.

Under the plan, money is expected to be funnelled toward investment in technologies “like hydrogen and low cost solar” as well as the fossil fuel industry and rural electoral battlegrounds.

Australia’s major coal customers such as India and China have already indicated they will phase out thermal coal, and technological advances have made the future of metallurgical coal — used to make steel — increasingly uncertain.

Ahead of the 12-day Glasgow summit, the UN says more than 130 countries have set or are considering a target of reducing greenhouse gas emissions to net zero by 2050, a target it says is “imperative” to safeguard a livable climate.