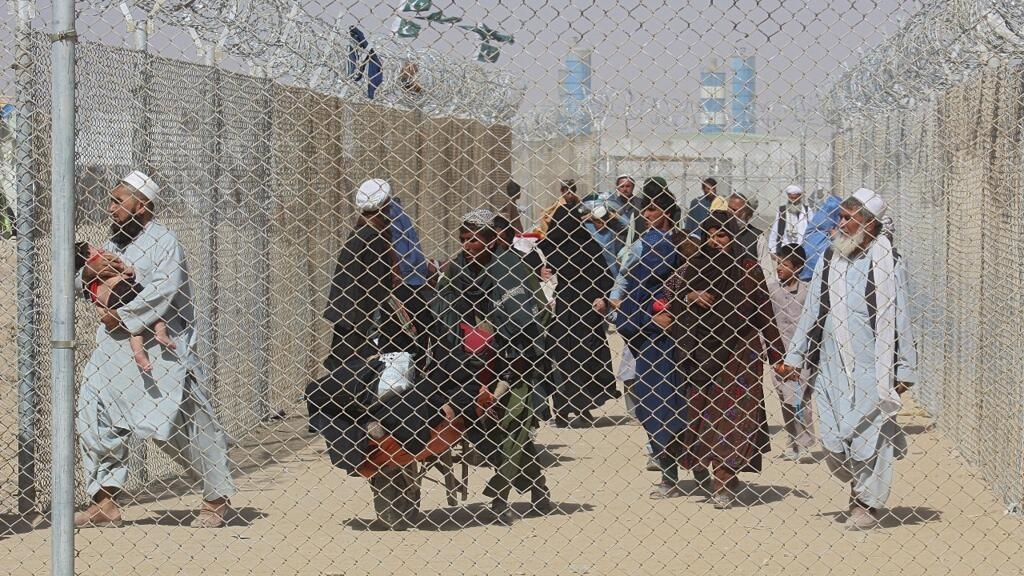 Afghans on Wednesday faced a race against time to escape life under the Taliban after President Joe Biden confirmed that US-led evacuations will end next week as scheduled. The Taliban, for its part, has urged educated Afghans to stay to rebuild the country amid reports Afghans were being prevented from reaching the airport.

More than 80,000 people have been evacuated since August 14, but huge crowds remain outside Kabul airport hoping to flee the threat of reprisals and repression in Taliban-ruled Afghanistan.

Biden said Tuesday the United States would stick to his August 31 deadline to completely withdraw its troops despite warnings from European allies that not all vulnerable Afghans would be able to leave by then.

“The sooner we can finish, the better … each day of operations brings added risk to our troops,” Biden said Tuesday, adding: “We are currently on the pace to finish by August 31.”

About 19,000 people were evacuated from Kabul on Tuesday, raising the total number airlifted out of Afghanistan since August 14 to 82,300, the White House said on Wednesday.

Washington and its allies have been flying out thousands of such Afghans every day on hulking military transports, but it has become an increasingly difficult and desperate task.

Many Afghans fear a repeat of the brutal five-year Taliban regime that was toppled in 2001, and violent retribution for working with foreign militaries, Western missions and the previous US-backed government.

There are particular concerns for women, who were largely banned from education and employment and could only leave the house with a male chaperone during the group’s rule in the 1990s.

The Taliban’s main spokesman, Zabihullah Mujahid, said the Islamist movement had not approved an extension of the August 31 deadline agreed with the United States to pull out of Afghanistan and said the group wanted all evacuations to end by that date.

“The extension was unilateral by the side of the United States,” he said, apparently referring to a comment by Biden last week that US troops may stay beyond August 31.

“We want them to evacuate all foreign nationals by August 31,” Mujahid said, according to his translator. “And we are not in favour of allowing Afghans to leave.”

Mujahid urged skilled Afghans on Tuesday not to flee, saying the country needed highly trained Afghans such as doctors and engineers. “We need their expertise,” he said.

It was not clear whether his comments indicated an actual ban on any Afghans leaving the country.

CNN reported on Tuesday that the Taliban were “not allowing the evacuation of Afghans anymore”.

The Islamists have repeatedly been accused of blocking or slowing access for many trying to reach the airport, although they denied the charge again late on Tuesday.

Mujahid said crowds thronging outside the airport could go home and their security would be guaranteed, while calling on the United States not to encourage educated and trained Afghans to leave their country.

Once security was re-established, women would also be able to return to work, he said. The movement has been making vague offers of more rights for women but within what they consider to be within the limits of the Taliban’s hardline version of Islam.

He also denied reports that Taliban patrols were conducting house-to-house searches to find targets for reprisals, saying: “We have forgotten everything in the past.”

Mujahid repeated that the Taliban wanted good diplomatic relations with other countries and wanted foreign embassies to remain open.

He also said the movement wanted dialogue to resolve the situation in the province of Panjshir, where forces loyal to Ahmad Massoud, son of the former anti-Soviet commander Ahmad Shah Massoud, had gathered to resist Taliban rule.

Notorious for banning TV and radio under their iron-fisted rule in the 1990s, the Taliban have been trying to adapt their image to the ever-changing nature of modern media.

>> The Taliban 2.0? Militants seek image revamp in a bid for legitimacy

“The Taliban understand that the information war is modern warfare,” wrote Richard Stengel – a former under secretary of state for the Obama administration – in a New York Times opinion piece.

(FRANCE 24 with AFP and Reuters)