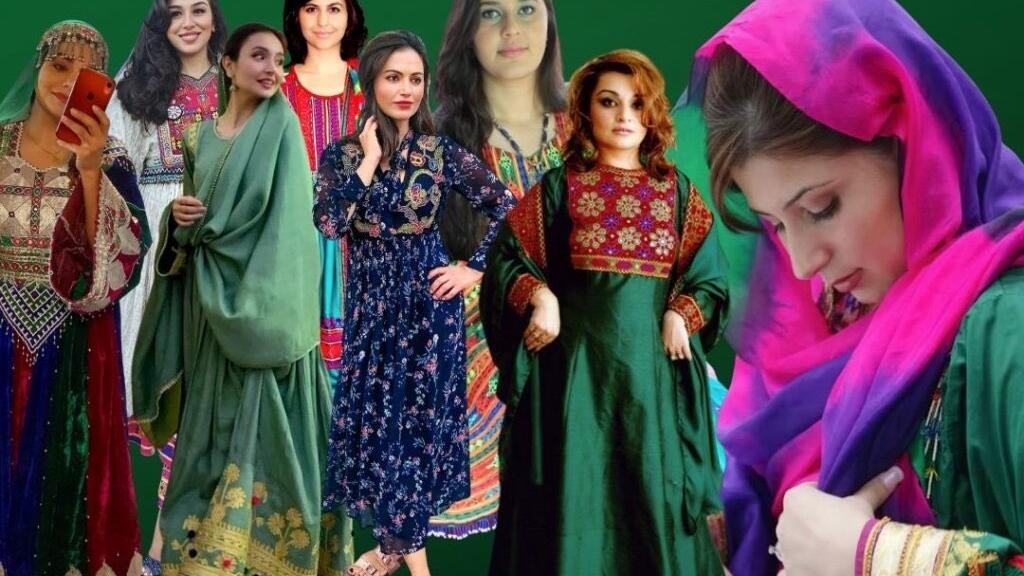 Afghan women around the world have been participating in a social media campaign to protest against the Taliban’s new dress code for female students. They have been sharing photos of themselves wearing colourful traditional Afghan dresses using hashtags such as #DoNotTouchMyClothes and #AfghanistanCulture.

The kaleidoscopic traditional dresses that the women have been posting are in stark contrast to the head-to-toe black robes worn by women rallying in Kabul to support the Taliban’s gender policies on Saturday, September 11. While the Taliban have said only that female students must observe hijab, without giving details, the black robes raised fears that they will reintroduce mandatory wearing of head-to-toe garments.

The FRANCE 24 Observers team spoke to Dr Bahar Jalali, a former history professor at the American University in Afghanistan who started the #DoNotTouchMyClothes campaign, as well as to other Afghan women who have joined the clothes protest.

I posted a picture of myself wearing traditional Afghan clothing, and I encouraged other Afghans around the world to do the same because I know that images are very powerful. It caught on very quickly. Lots of people participated, which I think really speaks to the sense of urgency about what is going on in Afghanistan.

The Taliban takeover of power is an attack on our national identity. I am really concerned about what is going to happen to Afghan culture, and so when I saw those women [at the pro-Taliban rally] wearing garments that I had never seen before in Afghanistan, I didn’t want the world to think that that’s who we are, that that’s our culture, that that represents Afghanistan in any way. I felt that it was vital to use the power of images to try and overshadow that incorrect image with something that represents the real Afghanistan.

Over the past four decades, a lot of educated people have been leaving Afghanistan and so all of us who are outside the country have to take on the responsibility to inform, educate and combat misinformation about what Afghan culture is. We will continue our campaign to save Afghan culture: it’s going to be much more than dresses and we’re going to take it on a much broader scale.

Every ethnic group and region in Afghanistan has its own traditional clothes. Despite this diversity, they all share a common theme: lots of colour. We spoke to Homira Rezai, an activist for members of the long-persecuted Hazara minority. Rezai fled Afghanistan with her family when she was 13 years old and is now based in London.

Afghanistan is a very diverse country with more than 14 ethnic groups. We all have our own unique clothes and traditional outfits, and none of them are what the Taliban want women to wear.

This is #hazaragi traditional clothes. It has been passed through generations. The colourful Hazaragi dresses are from my culture!

We shall never let them colonise our culture and identity again. pic.twitter.com/NoclG1rrDc

The clothes worn by Hazara women are very colourful. Our colours are blue, green, yellow, white. They are hand-stitched and passed down through generations. We usually wear these clothes for special occasions as it takes a very long time to make them. I participated in the campaign to say that these are our traditional clothes and these are what we want to be represented by – not the black garments.

I hope that women in Afghanistan resist the alien clothes introduced by the Taliban. I haven’t seen any of my relatives wear those black garments, so they are still resisting in Afghanistan. But I’m not sure how long that will last because we know for a fact that the Taliban will use violence to implement their laws and regulations.

I painted this Attan as this is how I remember Afghan women while growing up.

Most of the women who have participated in the online campaign are based outside of Afghanistan. Layma Murtaza, an Afghan-American humanitarian aid professional, told the Observers team that although there may be confusion from locals about the campaign’s objective, they were doing their best to fight for the rights of local women and amplify their voices:

Through this campaign, we are saying: ‘Do not take away our culture that we have had for thousands of years.’ That’s really important. It’s not always easy for people on the ground to be able to do this.

I’m sure that there is criticism from locals who are asking themselves what the point of this action is when there is a humanitarian aid situation going on. But on top of trying to fundraise and bring in aid, we are fighting for the rights of women to be able to express themselves.

There is nothing wrong with us showing the world that we want to keep our unique identity. We don’t need to follow the Deobandi school of Islam that the Taliban follows, because it’s not us. We are here outside of the country trying to represent local women and amplify their needs as much as we can.

‘Women no longer having a choice is the main issue’

Frishta Kargar is a former finance ministry official who fled to Poland on August 20, 2021. She told us that although societal pressure forced women to dress conservatively in Afghanistan before the Taliban takeover, they still had a choice, especially in major cities like Kabul or Herat.

We were struggling for women’s rights in Afghanistan before the Taliban took over. We wanted to be free, we didn’t want to cover ourselves, we wanted to speak. We were still fighting. In Kabul, there were some very modern women. But in the countryside, there were still many women who couldn’t speak and who didn’t have the right to go out. In an instant, we lost everything, we lost the fight.

The traditional blue burqa, also known as the chadori, has been something that people have worn in the regions and even in Kabul for hundreds of years. It is a clothing item that originally comes from Pakistan and India. It was something that some women felt protected by, helping them feel anonymous in the streets. It was either a choice, or something that was normalised in their families. But imposing the chadori is the main issue, for women to no longer have a choice. That is why this campaign, which shows our colours, and fights for our choice, is so important.

We Afghan women don’t know who those women [at the pro-Taliban rally] are, we don’t know where they came from and why they are wearing those clothes. The pictures on social media of women wearing clothes that cover their face, hands, and feet are just a mockery of women.

On Sunday, September 12, Taliban officials said that universities will be segregated and that dress rules will apply for female students. Higher Education Minister Abdul Baqi Haqqani said “in accordance with sharia, they should observe the veil”, though he did not specify whether this will mean headscarves or compulsory face coverings.