Have you ever came across a myth so bizarre that left you completely baffled? Like someone told you that if you swallow a piece of gum it will stick to your organs and will take a lifetime to digest? Or if you will say OWL at midnight, the owl will take your name back and you will die? Seriously in what world Owl speaks by the way?

Being a South Asian, my whole childhood is surrounded by some amazing and baffling myths which were so senseless that even as a child I had issues against them, but somewhere inside I used to believe them secretly till today. I mean who doesn’t get alarmed when a black cat crossed their way? But the goal of education is to debunk the miseducation and this is why I’m here with some exclusively ridiculous myths from our past and will perform an autopsy on it to show you how accurate or stupid it was to believe them.

Drinking Milk over Fish Will Give You Vitiligo: 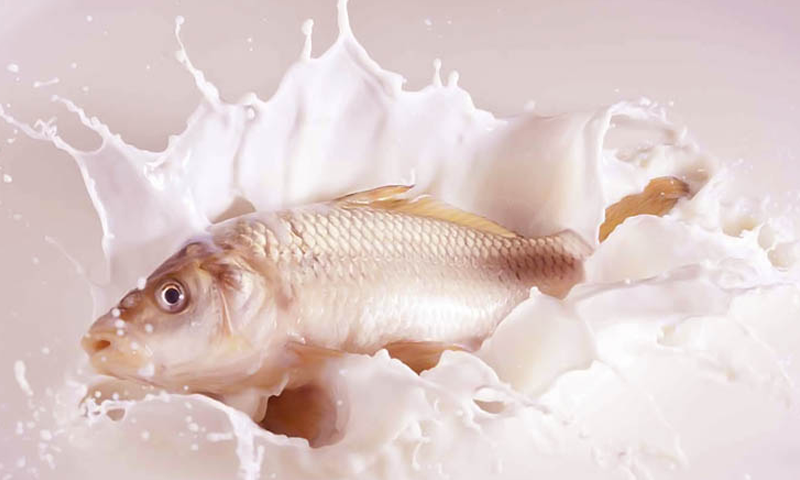 Vitiligo is a skin condition in which skin loses its color in patches, is caused by fungal infections, or the destruction of the skin cell Melanocytes, which are responsible to form pigment to give skin its special color, and it is wildly believed that drinking milk over fish can cause Vitiligo. Well, scientifically speaking, no such case has been ever reported in the history of Medical Sciences, plus there is no evidence that drinking milk over fish can cultivate any infections or cause harm to skin cells.

The maximum you can get in rare conditions is Diarrhea because of the chemical reaction of mixing cool properties of milk with hot-nature fish, but no Vitiligo or any other DISEASE, and knows maybe it was the fish in the old fables who had Vitiligo after getting exposed to a bucket of milk?

Lunar/Solar Eclipse Can Cause Physical Changes to Unborn: 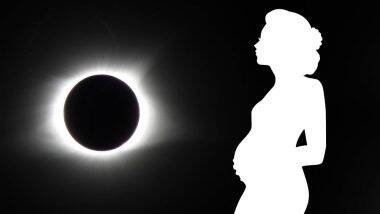 One of the old wives tales that if a pregnant woman will go out during eclipse or use sharp objects, it will directly affect the baby. It is strongly believed that an expecting mom should not leave the bed or do anything (including eating or drinking) during Eclipse or it will cause still-born, or a baby with any physical defect. They follow it so religiously that even doctors are reluctant to mess with their pointed-blade beliefs. Whereas the truth is that the eclipse is just a natural phenomenon and has nothing to do with the health of the mother or a baby.

My grandma used to tell me that in old times, when there were no lights or electricity, expecting moms were used to staying indoors and wouldn’t perform anything during the solar eclipse to avoid any incident caused by the lack of lights, and sadly these safety measures from the past have become the misconceptions of the present.

Walking Under a Leaning Ladder Will Cause You Misfortune:

Do you know that this belief originated 5,000 years ago by the Egyptians? They used to believe that a triangle which leaning ladders create represents the pyramid, the trinity of gods and passing through the triangle is to disrespect them. This belief traveled through centuries and inherited to Christians who later connected it with the crucifixion of Jesus that a leaning ladder had rested against the crucifix and thus has become the symbol of death and misfortune.

According to me walking under a leaning ladder can definitely cause bad luck if a person is standing on it holding a bucket of paint or a heavy pot, not otherwise.

If a Black Cat Crossed Your Path, You’re Doomed:

This myth has roots almost in every country and culture. But where it started from? In Ancient Egypt, cats were signified as magical characters and despite their color and types, believed to bring good luck even in 17th century England, King Charles I had a black pet cat which he believed is his lucky charm, and unfortunately, he got arrested for treason the very next day after his lucky cat died. So who said black cats are unlucky?

This all started back in the Middle East where this belief arose that the black cats are actually witches in disguise and a black cat crosses your path indicates that there is bad luck ahead or devil is watching you. Just a belief, without any evidence or proofs.

If you see a black cat, on an empty street at midnight, it means that she has to go somewhere. Kindly don’t cross her way and let her go to her destination in peace and stop being racist to the cats for heaven’s sake.

Evil Spirits Kill Those Who Sleep or Walk Under The Tree At Night:

Another famous old tale circulating mostly in the eastern countries. It is believed that trees, especially old trees are a house to evil spirits, and if you walk or sleep under the tree at night, you will disturb their privacy and will get possessed by them as revenge. Where the reality is that the trees and plants breathe in oxygen at night and breathe out CO2, so the air around is more likely to be filled with CO2 which can cause breathing issues and other respiratory problems and this is why it is advised not to go near plants at night.

Yes, trees are home, not for evil spirits though but to many birds, snakes and insects, and I think the real threat is not getting possessed by the spirit but to be bitten by a venomous snake or being blood sucked by a bat dangling upside down on the tree. Kindly avoid.

Do Not Wake The Sleepwalker Up:

It is said that never wake a sleepwalker, as it’s a common belief that during sleepwalk, the soul gets departed from the body, which means that an awakened sleepwalker would be without soul. Interesting! The fact is that sleepwalking occurs in the 3rd stage of Non-REM sleep (Rapid eye movement) which is the deepest form of sleep and waking straight from it can leave a person into the state of Sleep Inertia for a good half an hour. They will be disoriented, confused, or startled by the feeling of sudden woke-up. Chances are they won’t even recognize you or will try to push or hurt you under their defense mechanism. This is why it is advised to carefully bring them back to the bed and ease them till they wake up on their own.

It’s better to not wake up Sleepwalkers until they are about to do something they would immediately regret after waking, then it’s better to wake them up before the soul left the body for real after watching the things they did in sleep.

Broken Mirror Will Cause You 7 Years Of Bad Luck:

Another folklore terrifying the shit out of people that if you break a mirror, you will be under attack of bad luck for the next 7 years. It started from the Roman Empire, where it was lore that every seven years life renews itself and mend all the broken pieces, but if you break a mirror and your image was the last reflection in it then you will have to face 7 years of bad luck whereas the lore from Turkey is different. They believe that the mirror reflects the image of the soul of the seer, any damage caused to reflection will cause to the soul. These are the things that you cannot prove scientifically because Science cannot explain dumbness.

I don’t know either it can cause misfortune or not but breaking of a mirror is surely a stroke of bad luck for the person who just owned a life-size mirror worth fortune, or for the one who will have to clean the mess after that.

Do Not Watch The Mirror After 3 AM:

Oh, this one is my favorite. It is believed that the mirror is actually a portal to another dimension that gets open after 3 AM, and watching it after 3 AM for 15 minutes will surely get you in an encounter with other existence. To your interest, there are even people who experienced that. Shocking? Not really.

Well, as most of you know that by the night our bodies and brain become hell tired and in need of some rest. Watching a mirror at this time for straight 15 minutes can cause hallucinations especially if you have this mirror portal thing already going inside your mind, then you’re most likely to see things that don’t even exist.

If you’re a girl and removing makeup after a long day at 3 am then you’re most likely to experience something really scary in the mirror. By the way who watches a mirror after 3 am?

Spilling salt is also a famous myth around the world. They say if you will spill salt you’re possible going to experience things like:

Folklore also connect the dots with the famous painting of Leonardo da Vince, “The Last Supper”, in which if you look closely you will see Judas Iscariot have some salt spilled near his elbow. Salt in many cultures is a sign of loyalty and thus Judas was the one who later betrayed Jesus, so spilled salt also signifies as betrayal and dishonesty. Again something which has nothing to do with science or logic, but at least got a theory. 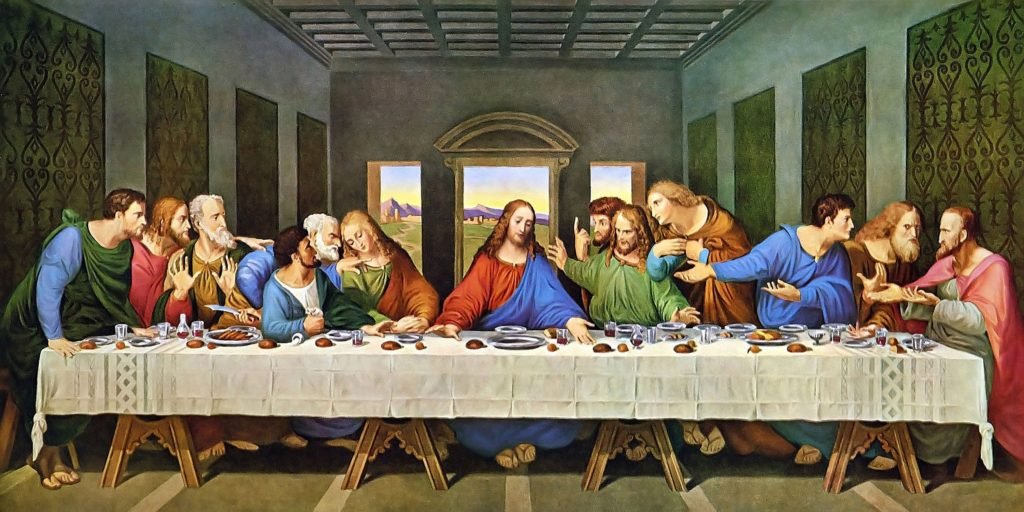 Spilled salt can cause you serious troubles especially if it got spilled in the food of your friend. Then you are most likely to experience the above two misfortunes like bad fight and end of the friendship.

Dropping or Using A Scissor Without Cutting Anything:

OK, scissors are a famous object in the world of Myths and Superstitions. Different cultures associate different things with scissors, which are not very amusing:

If you open and close the scissors during a wedding ceremony, the groom will become impotent.

Dropping a scissor pointed down worth indicates death.

Using scissors without cutting anything can cause a fight between parents.

Thus there are as many theories related to the scissor as many cultures are there. Though no scientific pieces of evidence have been found till yet and there are zero chances for the future as well.

My question actually… Who the hell take scissors at the wedding and why were you using them near the groom’s legs? Do not blame the Myths your intentions were simply bad, accept it.